DSWD asks for ‘understanding’ as cash aid for May remains delayed 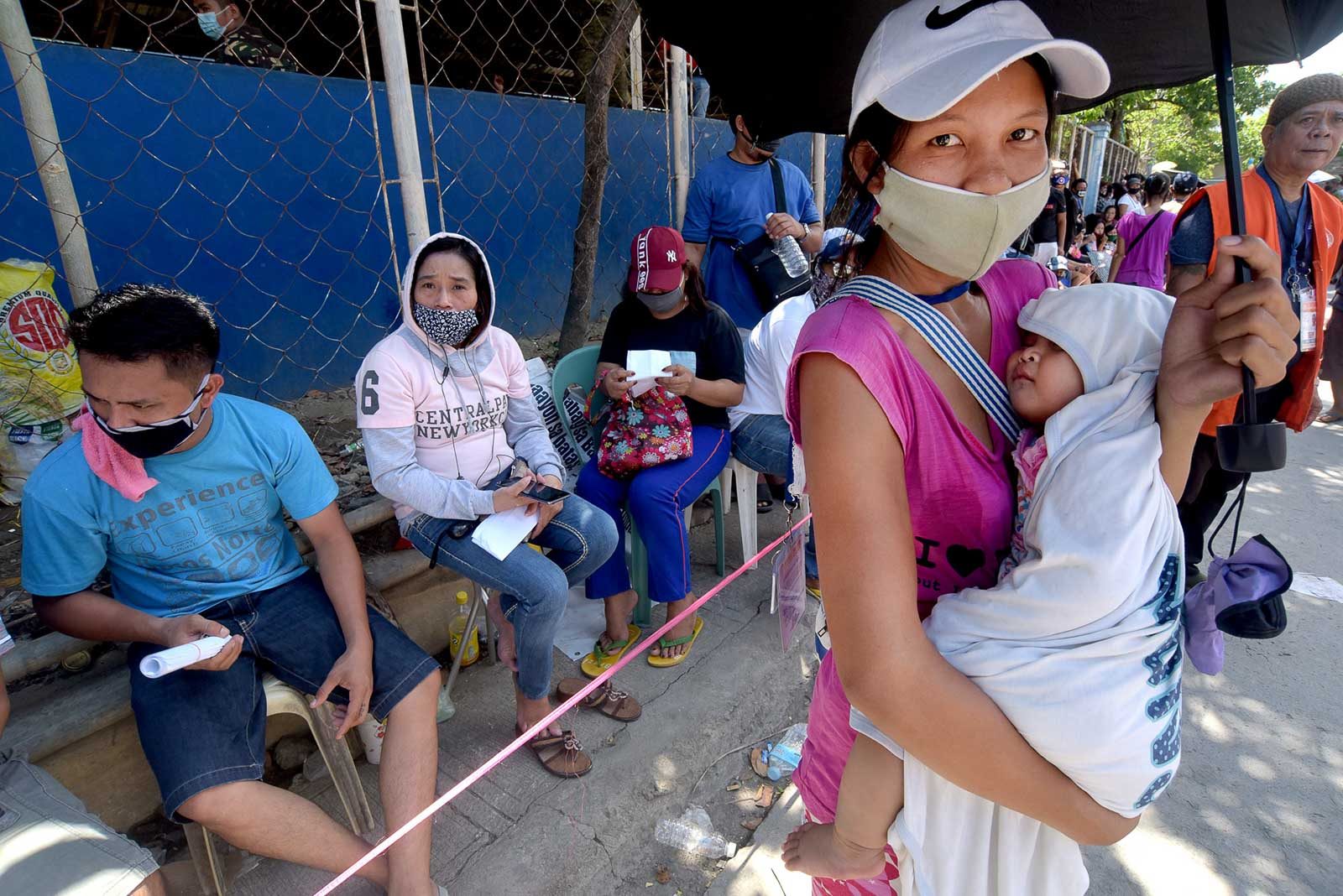 Facebook Twitter Copy URL
Copied
Nearing the last week of May, the DSWD says it is still waiting for a directive from the Office of the President on the distribution of emergency cash subsidies for the second tranche

MANILA, Philippines – As millions of poor and vulnerable Filipinos await the second wave of cash aid for the month of May, the Department of Social Welfare and Development (DSWD) asked for “understanding” due to the delayed decision of how and when the second tranche of the emergency subsidy program (ESP) would take place.

DSWD Undersecretary Rene Glen Paje said on Thursday, May 21, the agency is still waiting for the directive from President Rodrigo Duterte on the distribution of cash aid for May.

(We ask for the citizens’ understanding because the procedures are large and complex, and there are a lot of considerations being made. We hope that the directive will be brought down as soon as possible so that we can enforce it well and quickly.)

As of Thursday, the DSWD said 17.4 million beneficiaries out of the targeted 18 million have received their cash aid from the agency. Some 1,250 out of 1,632 local government units (LGUs) have been able to complete their payouts, while 462 have submitted liquidation reports.

The ESP is meant to run for two months – April and May. On April 24, Malacañang announced that only poor families under areas with enhanced community quarantine (ECQ) would receive aid for the second month.

Can beneficiaries expect to receive their second tranche subsidies this May? For two weeks, reporters have constantly pressed the agency to give a categorical answer, but a “yes” or “no” has yet to be uttered by the agency officials.

They instead reiterate that the second tranche distribution cannot start without the LGUs liquidating the funds, and the DSWD validating the reports. The validation process of ensuring there are no undeserving or repeat beneficiaires takes up to 15 days for the DSWD to complete.

When will the additional 5 million families get their cash aid? Paje said that the agency is still in the process of consolidating the list of qualified families who appealed during the first wave of distributions. The deadline for the list from the LGUs is Thursday, May 21.

Both the DSWD and Malacañang earlier said that they have learned from the challenges of the first month’s distribution, and promised that the program will be faster and more efficient the second time around.

At least 42 village officials are facing criminal charges for allegedly committing anomalies amid the cash distribution, according to the Department of Interior and Local Government.

Despite this, Interior Undersecretary Jonathan Malaya called the program a “complete success” because “less than 1%” left have not received their aid for the first month.

Malaya also called local governments to conduct their own supplemental cash aid programs to aid families in need who were still left behind by any government program. Such programs are ongoing in cities like Makati and Pasig.

The DSWD together with the Department of Information and Communications Technology (DICT) developed an app called “ReliefAgad” that would make cash payouts automated to encourage contactless and faster distribution.