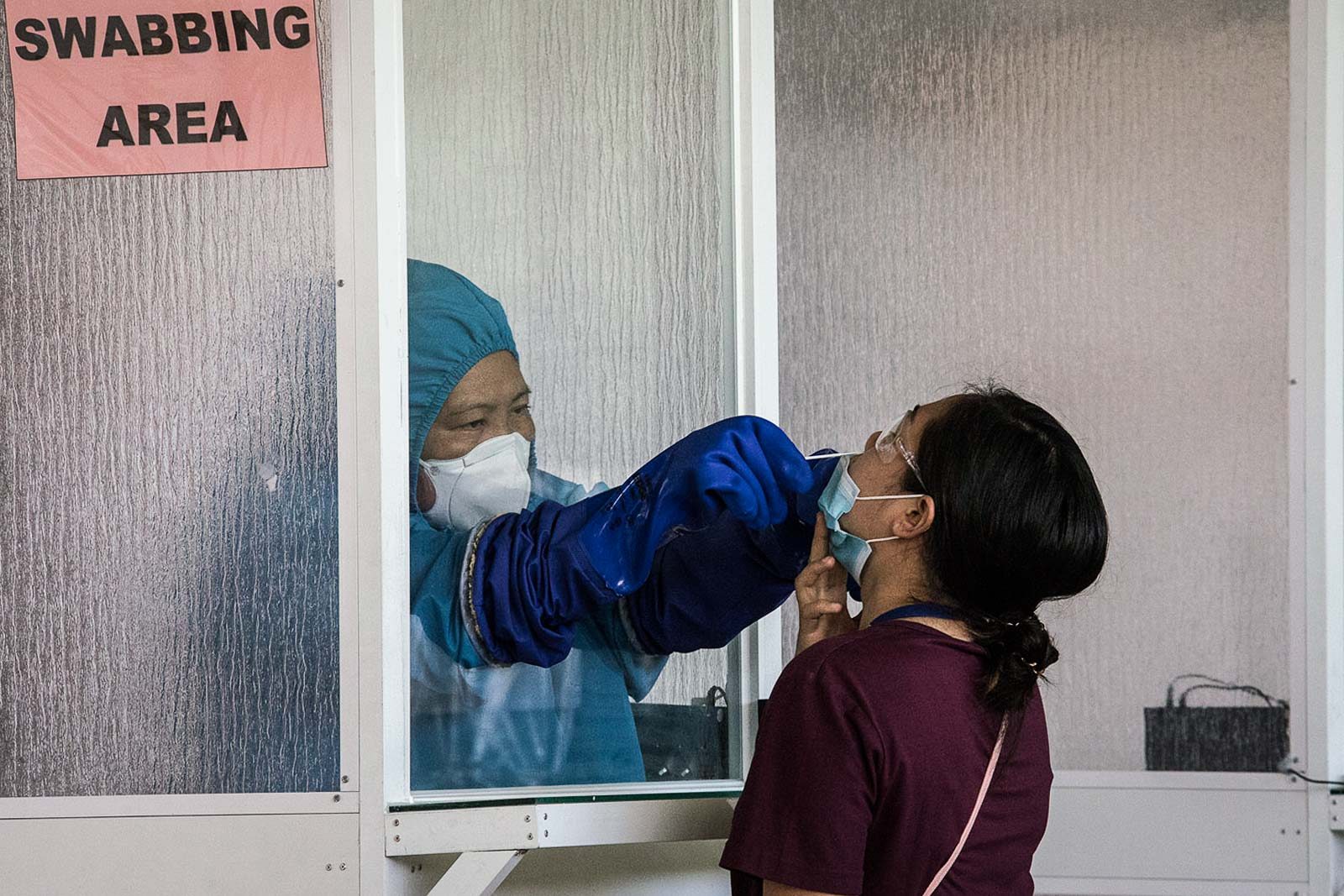 MANILA, Philippines – The Department of Health (DOH) is investigating a couple who was accused of jacking up prices of coronavirus test kits and blocking the entry of testing equipment into the country.

DOH Secretary Francisco Duque III told lawmakers on Thursday, May 21, that he ordered an initial probe into the accusations of ex-health chief turned Iloilo 1st District Representative Janette Garin against this couple, whom she only referred to using the initials VE or “very enterprising.”

“We just heard about it and read about it, in fact, in the news I think yesterday lang po or this morning. But I’ve asked my undersecretary for admin and finance to look into this, and in cooperation with the PS-DBM (Procurement Service of the Department of Budget and Management) to investigate, at least to initially probe into the matter,” Duque said.

On Tuesday, May 19, Garin delivered a privilege speech alleging a married couple has been making it difficult for donors from the private sector to access COVID-19 testing automatic machines – also called as Natch CS – unless they agree to buy overpriced test kits from the couple’s company.

Garin said the couple would tell donors that they were supposedly an “exclusive distributor” of the testing supplies.

(If a business will hoard or hide equipment for testing then sell it for a much higher price to donors, is this not injustice to the Filipino people?)

(So this is why whenever donors coordinate with different companies, someone bars them from doing so and claims they are an exclusive distributor. Let’s call these bad souls as VE, since this couple is very enterprising. They make a business out of people’s lives.)

Senator Panfilo Lacson also questioned on Tuesday why the DOH procured a more expensive testing equipment worth P4 million each compared to what the private sector uses which costs at P1.7 million each.

Duque said the automated nucleic acid extractor being used by the government is compatible with the PCR machine made in the United States bought by Philippine laboratories.

The DOH secretary has been drawing flak from the public for saying the country is supposed to be in a second wave of COVID-19 cases surge and is trying to prevent a 3rd.

He later backpedaled on Wednesday and clarified the Philippines was under the “first major wave of sustained community transmission.”