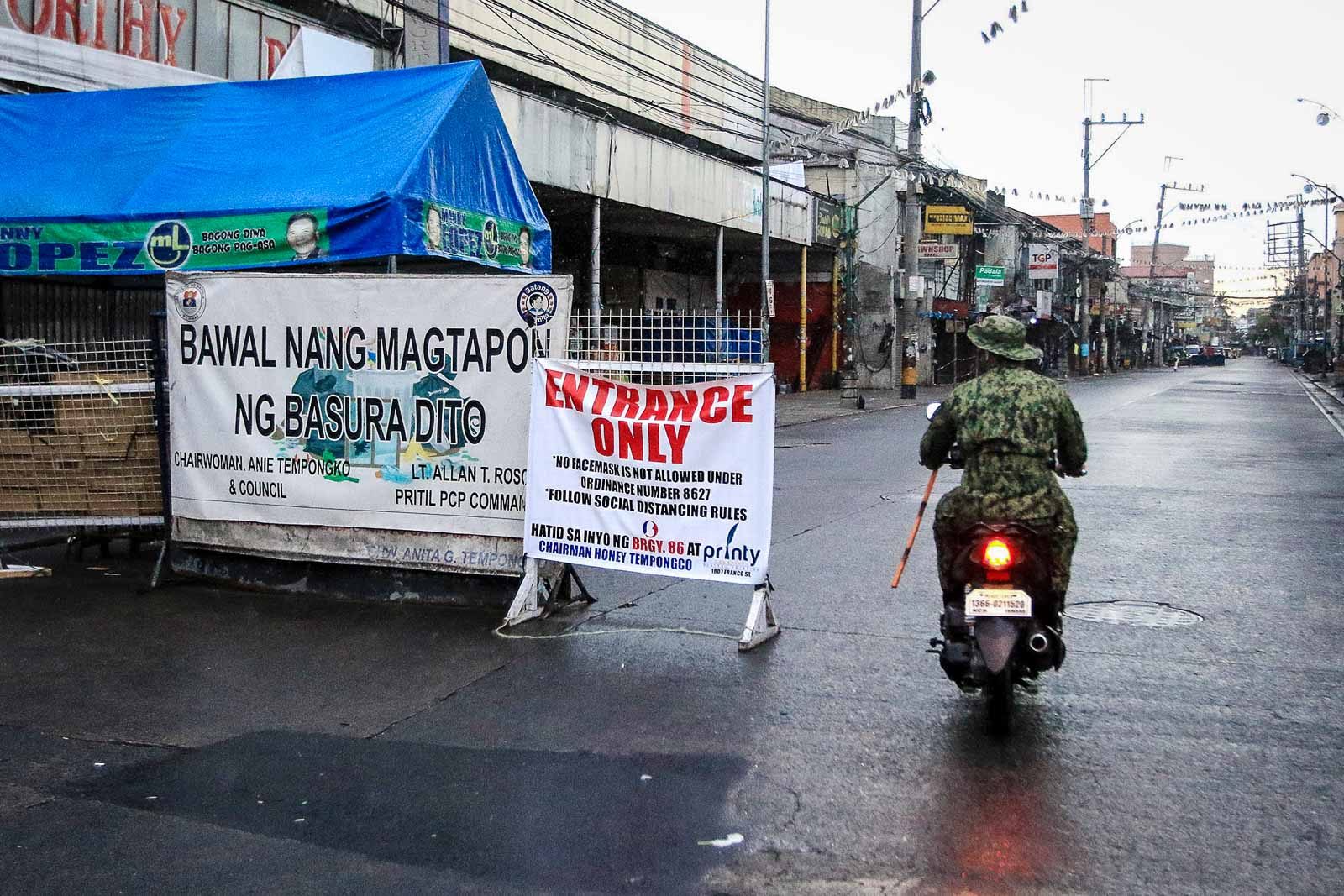 MANILA, Philippines – The Philippines may scale back on its quarantine policies according to “zones” by June, National Task Force against COVID-19 chief implementer Secretary Carlito Galvez Jr said Friday, May 22.

A week before the target end of the enhanced community quarantine and its modified version, Galvez introduced a new buzzword to target specific areas, which, he said, has already been proposed to the President.

“We have to have a direct impact immediately tsaka ‘yung rapid response natin nakatutok sa affected (and so that our rapid response is focused on the affected areas),” Galvez said.

The COVID-19 response czar explained that there would be 4 zones – the critical area, containment area, buffer zone, and economic area.

Galvez said that the critical area would be “cordoned off”: “Talagang yung area iko-cordon off or doon na lang natin ilo-lockdown sa mga area or compound na affected. So ‘yung area na ‘to tinatawag nating ‘index area’ or ‘critical area’.” (We will cordon off or place under lockdown these areas or compounds that are affect. We will call this “index area” or “critical area.)

The surrounding area around the critical zone would be the containment area, Galvez explained.

The bordering buffer zone, the COVID-19 response chief said, would separate the areas of infection to the area where economic activity is allowed.

“The buffer zone is the area for those who are not affected, but is contiguous to the affected areas. Outside the buffer zone, this is the categorization for economic areas where businesses is allowed to open more or less 50% to 100% of economic activity,” Galvez explained in a mix of English and Filipino.

Galvez said that this new approach would be based on the doubling time of the cases and the incident rate in areas.

The Philippine government has since modified its policies on curbing local coronavirus transmission several times in the past – from imposing a “community quarantine,” to elevating it to the “ECQ,” and introducing “modified” versions of the policies.

Under the current Inter-Agency Task Force guidelines, only two cities in the Philippines – Cebu City and Mandaue City – are under the stricter ECQ.

ECQ and MECQ areas will remain in that category until May 31, unless extended or lifted earlier.

The rest of the country, meanwhile, are under the general community quarantine, but based on the current IATF guidelines, the modified GCQ should be the target. There are no areas under MGCQ right now. (READ: ECQ, MECQ, GCQ, MGCQ: Who can go where?) – Rappler.com