May 22, 2020 6:01 PM PHT
Sofia Tomacruz
Facebook Twitter Copy URL
Copied
Labor officials estimate that some 500,000 overseas Filipino workers may be out of work by the end of August 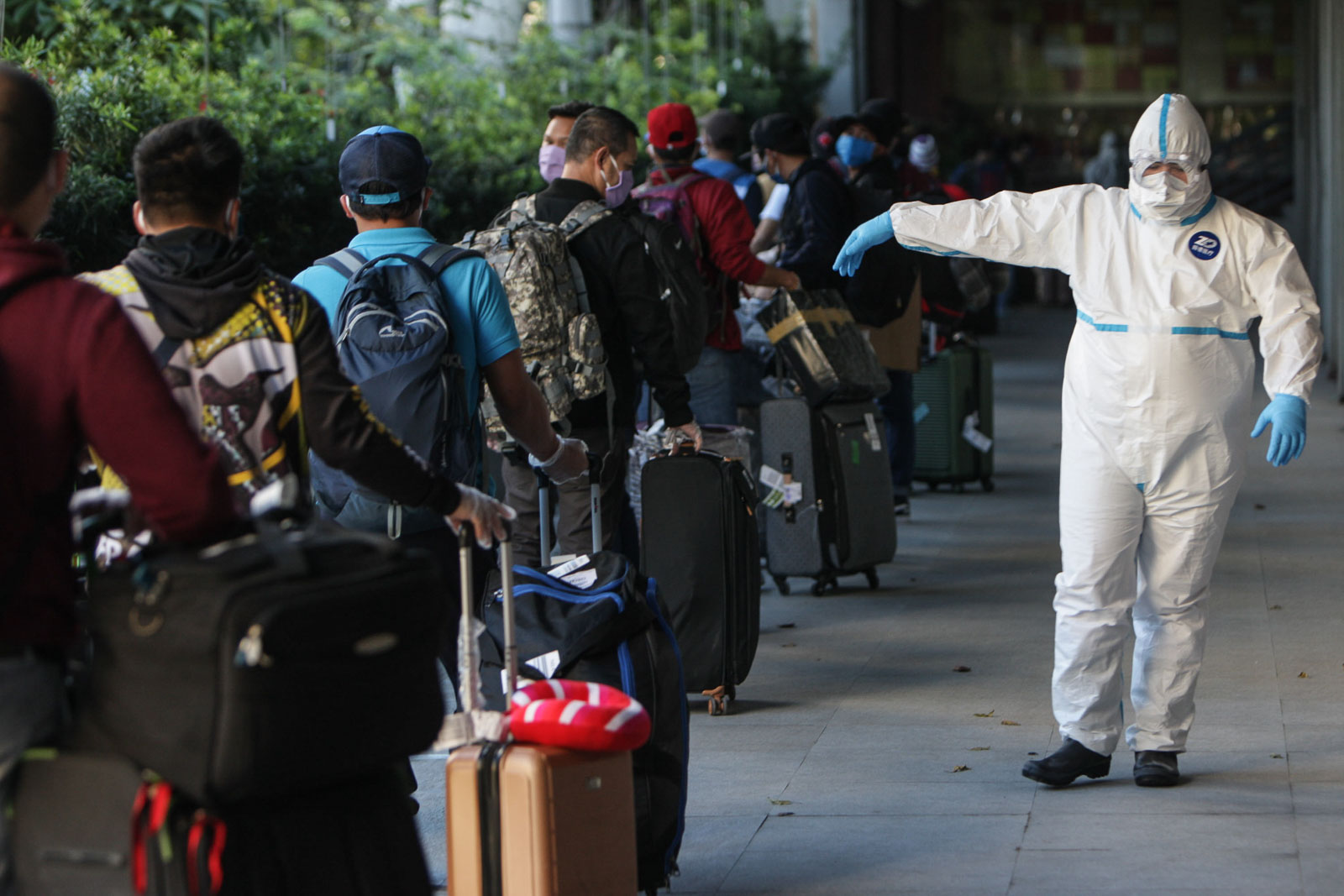 The proposal was a result of a hearing held by the House committee on overseas workers’ affairs on Friday, May 22, after the Department of Labor and Employment (DOLE), Overseas Workers Welfare Administration (OWWA), Philippine Overseas Employment Agency (POEA), and Department of Foreign Affairs (DFA) warned that they may quickly run out of funds to cater to the growing number of OFWs displaced by the pandemic.

Lawmakers initially eyed additional funds of up to P1 billion, as proposed in several House bills seeking to provide assistance for distressed OFWs.

Upon discussions, however, DOLE and its attached agencies warned that the amount would not be enough to cover funds needed to aid OFWs in their countries of work, as well as the large number of those who need to undergo mandatory testing and quarantine once back in the Philippines.

Growing challenge: With no near end in sight to the pandemic, DOLE said it estimated some 500,000 OFWs may be displaced and out of work by the end of August, and that the number may hit about 700,000 by the end of the year. These workers would need livelihood and financial assistance to cope during the pandemic.

Prior to this, Labor Undersecretary Claro Arellano said the DOLE’s P1.5 billion assistance program for OFWs was nearly depleted as about 150,000 OFWs applied for aid. DOLE, he added, would need another P1 billion for 100,000 workers.

Aside from this, OWWA Administrator Hans Cacdac added that as of May 16, OWWA spent nearly P500 million on accommodations, food, and transport of OFWs who needed to undergo mandatory testing and quarantine after returning to the country. The cost per worker was pegged at about P15,000.

Cacdac said while OWWA could tap into its P19 billion trust fund, it would still need more funds to sustain operations after a year. He estimated the agency would spend some P8  to P10 billion on livelihood programs and another P2 to 3 billion in operational costs.

“We are just trying to look ahead because of possible fund depletion,” Cacdac said.

Time ticking: Citing the urgency of funds needed to assist OFWS, lawmakers agreed to consolidate House Bills 234, 277, 4156, and 5043 into a substitute bill which will then be approved at the committee level and sent to the committee on appropriations for review.

Lawmakers will be pressed for time in passing the bill in the House as there are only 6 session days left before Congress adjourns session. They will resume session in late July, when President Rodrigo Duterte will deliver his 5th State of the Nation Address.

OFWs have continued to arrive in the country in large numbers, with at least 28,589 workers repatriated as of May 21. – Rappler.com