Facebook Twitter Copy URL
Copied
For Muslims around the world and in the Philippines, an unimaginable Ramadan began on April 24

MANILA, Philippines – Twenty-seven year-old Tajannah Basman doubted if she would survive to see the month of Ramadan. On March 18, Tajannah was tested for COVID-19 and, on March 23, the test result came in. She was positive and was given a number: PH 484.

She said she couldn’t help but be anxious then, as she battled the disease even if she was asymptomatic. “Will I wind up being like the people with severe COVID-19 that I read about in the news?” Tajannah asked herself each time the anxiety kicked in. “It was sad. At that time, I only had God to turn to.”

On April 7, two weeks after she tested positive, Tajannah tested negative for COVID-19.

Tajannah considered this her second chance at life. She had been looking forward to the incoming month-long fast. “One of my prayers then was for me to be able to reach Ramadan,” she said. The COVID-19 pandemic has changed everyone’s lives over the past 5 months. Populations of people from different economic standings, ethnicities, and religious backgrounds were experiencing this threat to public health in unique ways. The Catholic faithful and Christian communities experienced a somber and muted Lent and Easter – the most meaningful and joyful time of their Julian calendar. This threat has created the need for people to keep their distance from one another in order to stay alive and safeguard public health.

For Muslims around the world and in the Philippines, an unimaginable Ramadan began on April 24. What is traditionally a time for strengthening community ties has become a time for family bonding, one where each member of the community has had to get creative with telecommunications technology to keep in touch with their larger communities because the pandemic must be stopped.

Ramadan is the ninth and holiest month of the Islamic calendar. It is marked by abstinence from food and drink during the daytime hours. During this month, Muslims engage in charity and reflection, and shun evil deeds, as well as avoid speaking and thinking ill of others.

For many Muslims, Ramadan is communal. It is about being with your community for the entire month so you support each other through the fasting and abstinence. Every day, mosques would be packed. Dinners are made more meaningful by sharing tables for communal meals. Families, friends, and strangers would sit and share food, goodwill and solidarity. “Usually, during Ramadan, we would get to pray in the mosque. Since the mosques are closed now, we don’t have many options. We really need to stay at home,” Tajannah said.

“Another thing is that, during Ramadan, there are usually many Iftar gatherings that are not limited just to family. We would also invite friends, people from other groups, or those who haven’t experienced Ramadan before,” she said.

“Now we cannot do that.”

Iftar is the meal for breaking of the fast at dusk that is traditionally shared by families at home. In recent years community iftars have also been held in schools and with organizations in big groups as part of sending a message of solidarity, even  among people of other faiths. “Before, there would be a lot of activities,” she said. “They would be asking a Muslim to explain what Ramadan is. There are even non-Muslims who would fast with us. When we break our fast, we would do it together.”

“We don’t do that now,” she said adding that she has seen some initiatives. “They will still fast. A non-Muslim will fast for a day challenge. Unlike before when we would break the fast together, we do this virtually now instead.”

Tajannah, who lives in Taguig City, also shares her time for conducting charity works in Metro Manila for her family’s foundation. In previous years, she said, they would even go to the cities of Marawi and Iligan in Mindanao to distribute goods to the needy. “That is no longer feasible now.”

She said that this year’s  Eid’l Fitr will also be different, especially since some of her family members cannot go home because they have been trapped in other areas by the lockdown of Luzon in mid-March.

“We will probably stay home and just video chat,” she said. “We will have our own celebrations in our own homes. My siblings who live elsewhere also cannot come home. In the days leading to the Eid’l Fitr celebration, people would go home. There is no such thing now.”

For Precious Imam, 31, a dermatologist at East Avenue Medical Center in Quezon City, spending Ramadan while on duty on the front lines is doubly difficult

“One instance: I was fasting while I was at the emergency room, in a makeshift tent outside, so it was very hot because there was no aircon. I was wearing full personal protective equipment (PPE) because a suspected case had arrived. So I had to go into the tent in full PPE, during Ramadan, with the sun at its zenith. You can imagine the heat, the thirst.” She said that even if her specialization is dermatology “the reason why I became a frontliner is that, as a second year resident, we had rotations in the emergency rooms for lack of personnel.”

Precious said she will be spending this year’s Eid’l Fitr alone – away from her first-born child: “This will be my first time celebrating Eid’l Fitr as a single parent, away from home. There are so many firsts – and I am a first-time parent,” Precious said. Her son is with her mother in their hometown of Iligan City. 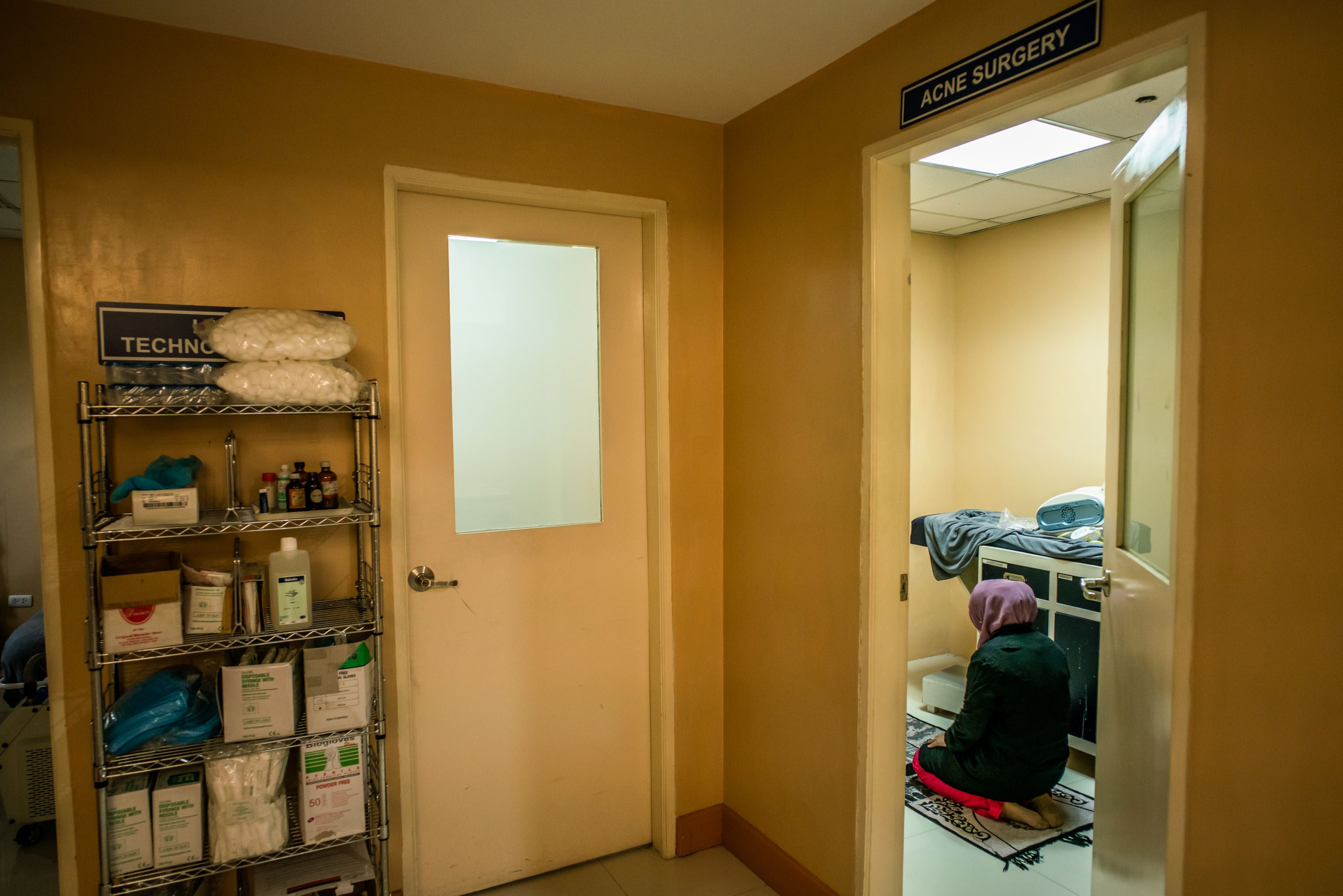 Forty-year-old physician Khadeeja Lao-Ambor said that she has had to rethink her strategies for doing charity works during Ramadan. Khadeeja is one the 3 owners of  Alzaky Foods, the only branded and halal certified food supplier in mainstream stores in Metro Manila.

“We started the Ramadan program in 2018,” Khadeeja said. “If you sponsor an Iftar, we will deliver and distribute the food at our cost.”

There are many who want to do acts of charity but do not have the means, such as those who are overseas, or who do not have time to cook. 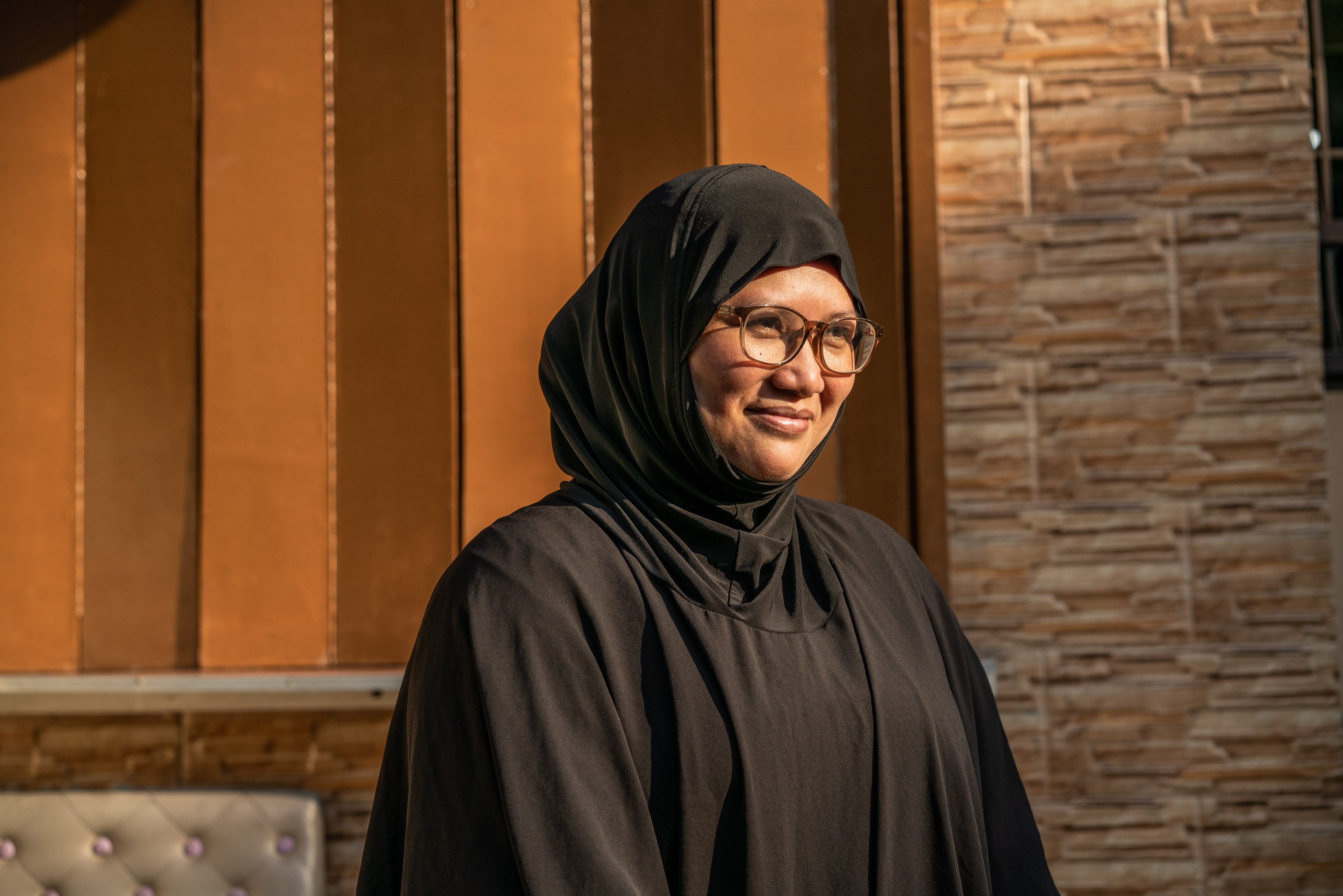 It is convenient for some Muslims who don’t have time to organize their own charity works to seek out services like those offered by Khadeeja. She said the program under which they deliver Iftar meals to mosques means they arrive at those houses of worship unannounced. “Now there are no deliveries to make to mosques. We’ve shifted to giving families food packs worth P1,400. We no longer visit mosques or give food packs there. We now make 30 packs per community, look for the community leader, the Imam or Ustadz, and ask for a list of their needy families.” 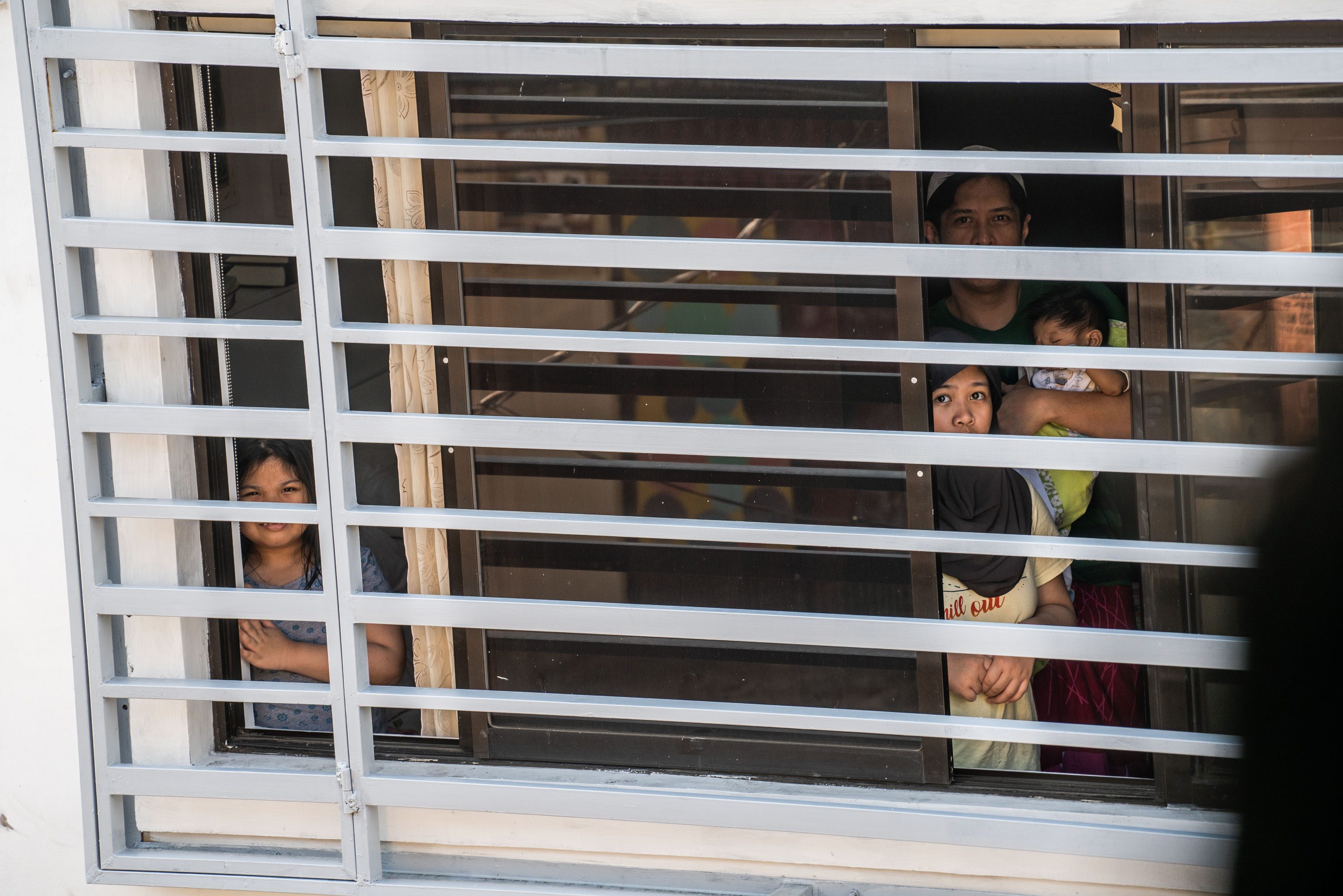 Despite all they have lost with the quarantine, these women found new meaning and a deeper purpose during Ramadan.

For Khadeeja and her staff, the pandemic offered an opportunity for them to rise to the occasion. Every day since the third week of March, they have provided thousands of meals to Muslim frontliners in Manila.

This may seem small compared to the thousands of Iftar packs they have cooked and given out in the past years, but this goodwill effort is one that sits close to Khadeeja’s heart: “I am a doctor too, I know what exhaustion feels like.” The struggle to contain this pandemic has pushed the country’s front-line medics past their limits on a daily basis.

Despite being away from family and other Muslims across Ramadan, this has led Precious to tap into her own reserves of strength. “I realized that I am stronger than I thought I was,” she said. “We really do have inner strength, we just need to find it.” Tajannah relates her experience most intently on that of Mariam from the Quran. “It was during the time when Mariam was secluded that her faith grew stronger,” she said. “That is how I felt, too.”

With her second lease of life, Tajannah seized the opportunity to serve as a bridge of faith by helping connect those who provided over 2,000 relief packs to the 10 different Muslim communities across the country that needed them.

This year’s Ramadan is punctuated by an Eid’l Fitr celebration that has never been seen in recent history. Mosques remain closed to congregations, and people continue to be isolated at home amid a global pandemic that continues to wreak havoc on communities and nations alike.

Yet, if there’s one thing that cannot be isolated, it is the faith and hope of the Muslim faithful that, one day, the mosques will be opened for congregational prayers again, and that they will get to share and spend the next Ramadan with their communities. – Rappler.com

(Editor’s Note: This project was funded by the National Geographic Society.)