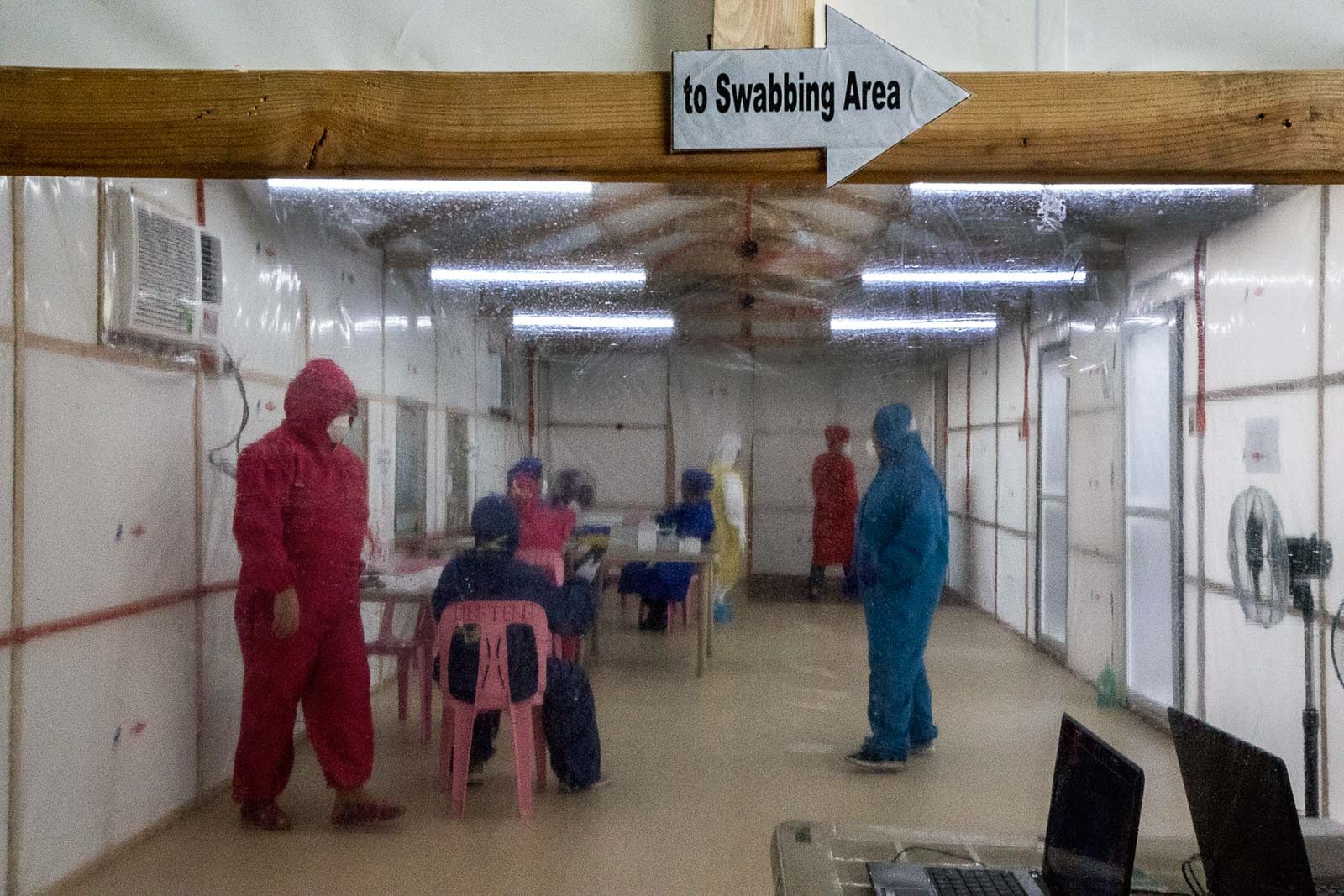 Facebook Twitter Copy URL
Copied
Presidential Spokesperson Harry Roque boasts some 32,000 tests can now be conducted. But in reality, only over 8,000 tests are being done per day.

MANILA, Philippines – When Presidential Spokesperson Harry Roque claimed the Philippines not only reached, but exceeded its target testing capacity of 30,000 per day, questions were raised over the figure hailed as a piece of “good news.”

The public asked how the Philippines achieved this, as it stumbled for months trying to ramp up testing capacity. It even missed its target of 8,000 daily tests by the end of April and rejected calls for mass testing.

So how many tests are really being done? Health Undersecretary Maria Rosario Vergeire clarified to reporters on Monday that the 32,000 testing capacity claimed by Roque only refers to the “estimated maximum capacity” of all licensed labs in the country – not the actual tests done.

This means that all 42 licensed laboratories can conduct an estimated 32,000 tests in total “based on the number of machines, number of HR (human resources), and the operating hours per laboratory.”

But this figure can be reached only in ideal conditions, and does not account for several factors that can affect the operations of each lab.

Vergeire noted that the Department of Health (DOH) reports the actual number of tests done daily.

Roque later on said in a separate statement: “Our first step to increasing the number of daily tests conducted is to expand our testing capacity. This means more accredited laboratories and more automated machines so that we are capable of testing up to 30,000-plus per day.”

Why do actual tests remain below capacity? Among the factors that prevent labs from reaching maximum capacity, Vergeire said, are issues in availability of lab supplies, health personnel, equipment, and infrastructure.

Experts working with the DOH earlier warned that the supply of testing equipment and materials needed by laboratories is dwindling due to increasing market demand and the increasing number of samples collected daily.

Other factors include damage to equipment and infrastructure, as what happened to a testing laboratory in Bicol, and the University of the Philippines National Institutes of Health’s exhaust fan and laboratory equipment during Typhoon Ambo (Vongfong).

Roque said various agencies are now focusing on filling gaps in supply and infrastructure to allow each lab to reach its maximum capacity. He identified the government’s next steps as the following: