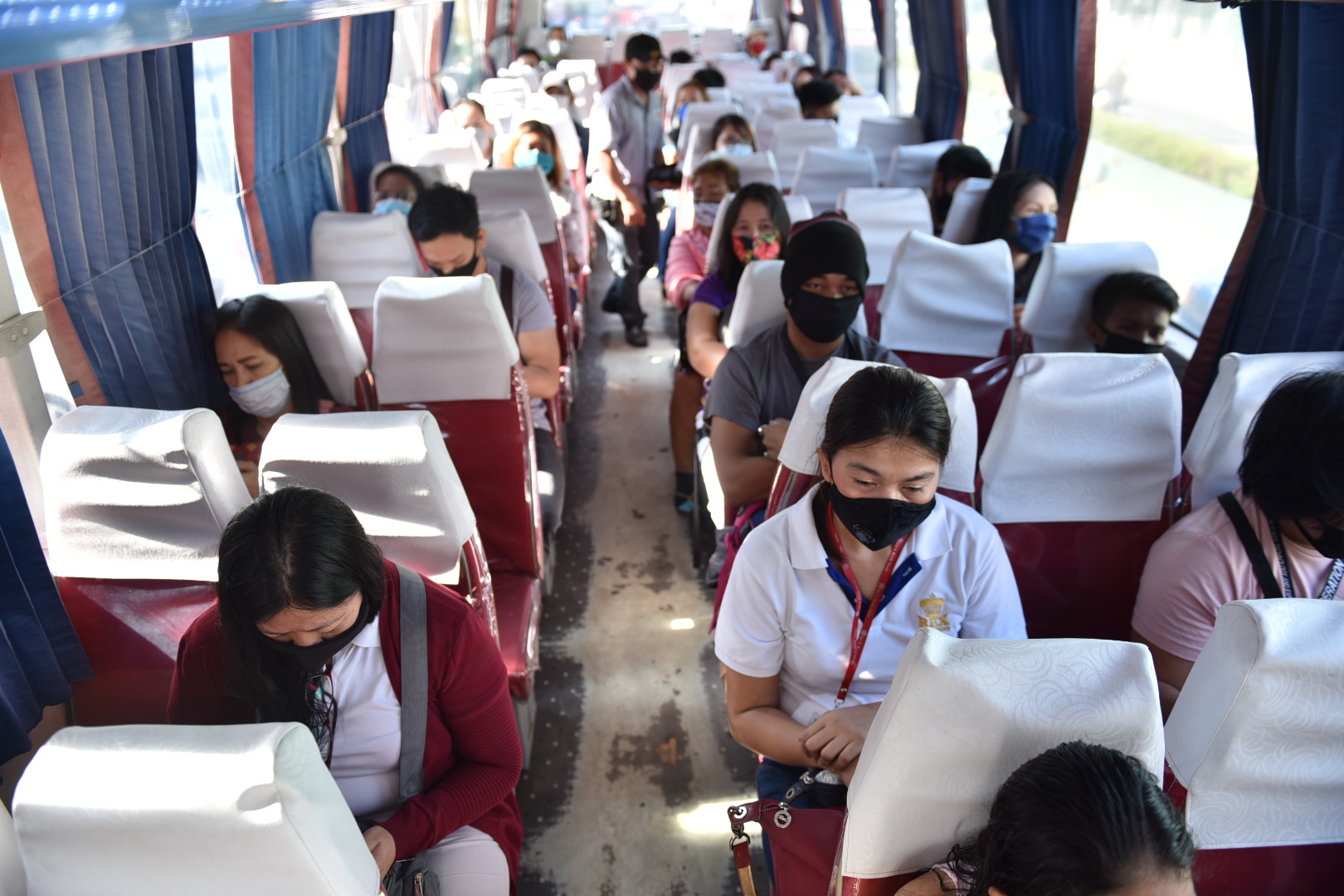 MANILA, Philippines – A bill that would institutionalize safety measures, including new norms of physical distancing in public spaces, was approved at the committee level in the House of Representatives.

The House Defeat COVID-19 committee passed on Thursday, May 28, the substitute measure to House Bill (HB) No. 6623 or the proposed Better Normal for the Workplace, Communities, and Public Spaces Act of 2020.

The original version of the measure initially had “new normal” in the title, but lawmakers decided to replace it with “better normal” during their deliberations last week.

The “better normal” bill aims to impose universal and mandatory health and safety measures in post-pandemic Philippines, including the mandatory wearing of face masks and the practice of physical distancing while in public places nationwide.

Other health measures Filipinos experienced due to COVID-19, including temperature checks and setting up of more handwashing and sanitizing stations, would also be required under the bill.

The bill also institutionalizes the mass testing of a greater part of the population through establishing drive-through, phone-in, and other non-contact modes of COVID-19 testing.

Mass testing has been a controversial topic in the past weeks, with the Department of Health unable to comply with the public’s demand to expand the coverage of the COVID-19 testing due to limited government resources.

HB No. 6623 would also allow public transportation to resume operations, except for motorcycle taxis. Physical distancing is a must inside vehicles as well as in queueing and ticketing areas.

In the workplace, companies would be discouraged from holding physical meetings and would instead be asked to resort to online methods of communication.

Office buildings would be required to limit the number of people entering elevators and to open more vending machines instead of operating cafeterias.

The food and beverage industry would still be allowed to continue their takeout and delivery services. Dine-in services would be “gradually” reintroduced, but there should be a two-meter distance between tables.

HB No. 6623 is expected to be sponsored in the House plenary on Thursday afternoon for its 2nd reading approval. The House would likely pass it on 3rd and final reading before the 18th Congress adjourns session by June 5.

Classes in the middle of the pandemic

Under HB No. 6623, classes and school activities would remain “suspended until further notice,” but this is subject to changes upon the recommendations of the Department of Education (DepEd) and the Commission on Higher Education (CHED).

During the hearing on Thursday, House basic education and culture committee chair Roman Romulo asked if it would be possible to insert a provision in HB No. 6623 allowing the DepEd and CHED to implement a flexible academic calendar, especially in times of health crises and emergencies.

Republic Act (RA) No. 7977 sets the start of the school year between the first Monday of June and the last day of August. Since the COVID-19 pandemic hit the country, however, classes have been suspended, though some schools are now conducting lessons online.

But Deputy Speaker Loren Legarda, who headed the subcommittee that threshed out HB No. 6623’s provisions, said complying with Romulo’s proposed amendment might further delay the passage of the bill.

Instead, she suggested that the House adopt the Senate bill that aims to amend RA No. 7977 so the school year may be opened on any month as may be determined by the President.

The House panel then moved to approve the “better normal” bill for now.

In the same hearing, the House Defeat COVID-19 committee also passed the bill setting up a P1.5-trillion infrastructure spending package to help address unemployment as well as another measure encouraging the use of a PCR-based test for Filipinos deemed more vulnerable to the virus. – Rappler.com