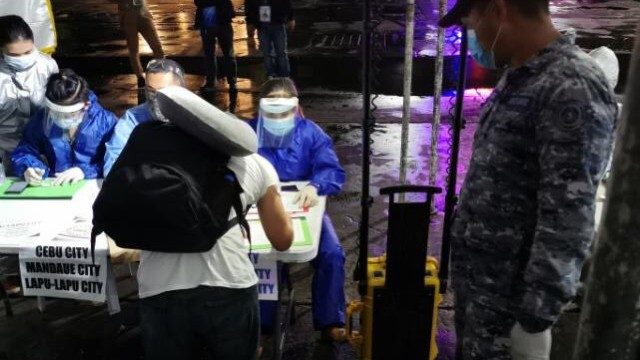 CEBU CITY, Philippines – More overseas Filipino workers (OFWs) will be coming home to Cebu and other areas in Central Visayas in the coming week.

The Office of the Presidential Assistant for the Visayas (OPAV) said in a statement on Friday, May 29, that the regional Inter-Agency Task Force for the Management of Emerging Infectious Diseases (IATF) in Central Visayas already met to discuss protocols for receiving the OFWs.

Many of these returning workers were stranded in isolation centers in Metro Manila. (READ: ‘Walang malapitan’: Stranded ‘probinsyanos’ feel abandoned by Duterte gov’t)

“Thousands of OFWs are projected to arrive in Central Visayas following the ultimatum given to various national government agencies by President Rodrigo Duterte that all 24,000 OFWs who have tested negative of the COVID-19 should be transported to their home provinces within the week,” OPAV said in the statement.

Spokesperson for OPAV Titus Borromeo said he did not have an exact estimate of how many are expected to arrive in the region, but said an average of 8,000 daily will be leaving Metro Manila for other provinces in the country in the coming week.

An estimated 24,000 had been stuck in isolation centers in the capital, unable to return home because many mayors in the provinces did not want to accept them without test results.

“OFWs are requested to remain in isolation and comply with health protocols for their safety amid the COVID-19 pandemic, while they wait for the results of their coronavirus…tests and the issuance of quarantine clearances,” OPAV added.

Over 500 OFWs have already returned to Cebu in previous batches. At least 95 OFWs arrived on Thursday, May 28, while 18 more arrived on Friday.

Office of Civil Defense (OCD-7) Regional Director Marlou Salazar told the task force to work with the Overseas Workers Welfare Administration and the Department of Labor and Employment in processing the arriving OFWs.

According to the regional IATF’s guidelines, the LGU of origin will submit a list of OFWs with complete details to the respective DILG OFW Desk and the regional task force prior to their departure.

In Leyte province, 3 returning residents, including one OFW, tested positive for the coronavirus and found out their results after returning to the province.

Mayor Edgar Labella said he was investigating this incident.

As of Wednesday, May 27, Central Visayas reported a total of 2,588 coronavirus cases, with over 2,000 of those recorded in Cebu City alone. – Rappler.com