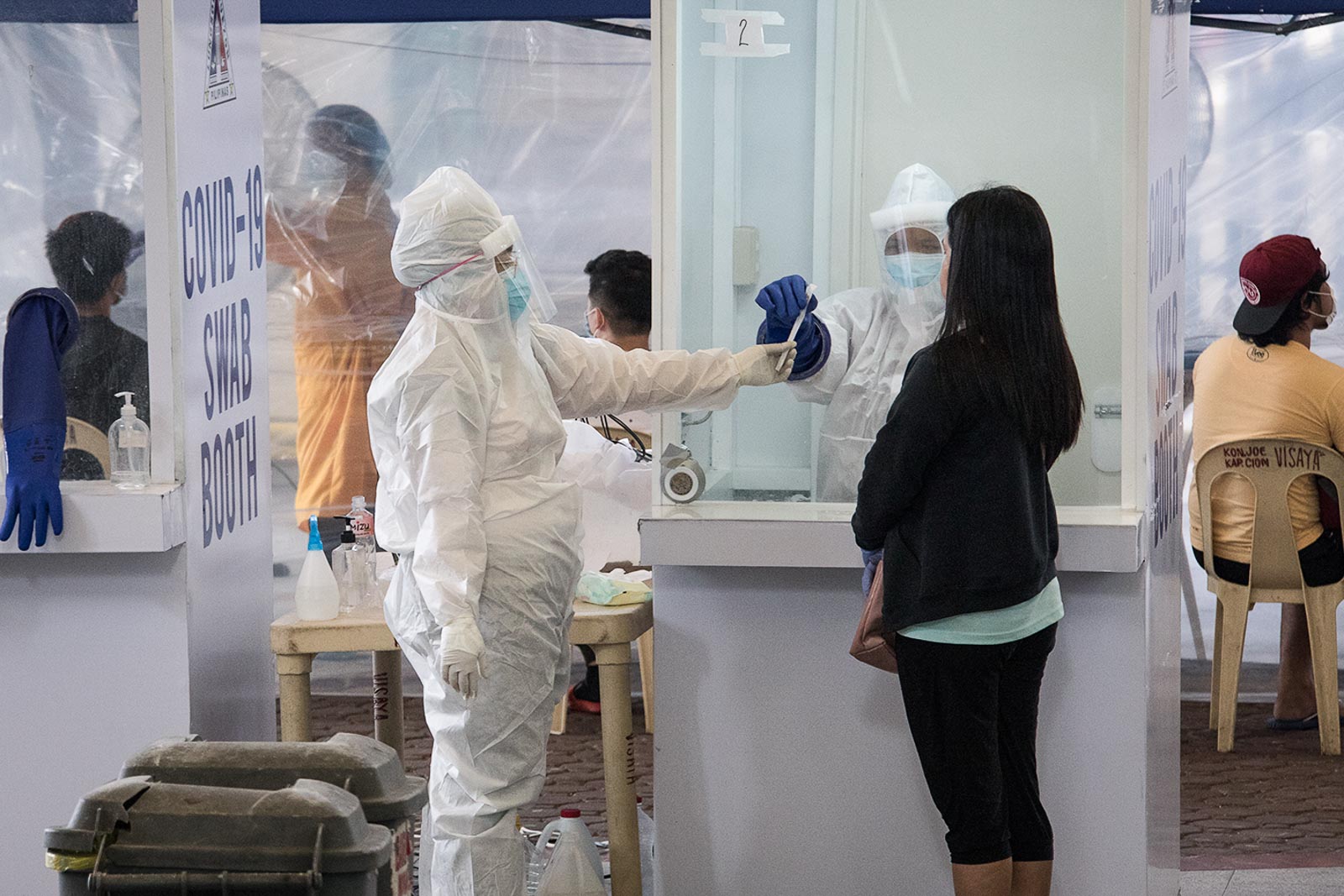 MANILA, Philippines – The number of coronavirus cases in the Philippines rose to 18,086 on Sunday, May 31.

The Department of Health (DOH) reported that as of 8 pm on Sunday, there were 862 new cases of the virus.

Of the number, 16 were “fresh” cases or their test results were released in the last 3 days, while the remaining 846 were “late” cases from the DOH’s testing backlog.

According to the DOH, the fresh cases reported on Sunday “are based on the daily accomplishment reports submitted by only 15 out of the 42 current operational labs.”

Deaths due to COVID-19 also went up to 957, after 7 fatalities were added to the toll.

Meanwhile, 101 more patients have recovered, bringing the number of recoveries to 3,909.

The spike in the number of new cases comes as Metro Manila and other areas prepare to ease into general community quarantine (GCQ) on Monday, June 1.

A group of University of the Philippines experts and scientists who looked at DOH data argued that it may be “premature” to ease quarantine measures in Metro Manila.

Vice President Leni Robredo, in her radio show on Sunday, reiterated her call to the government to speed up the accreditation of testing centers so that test results would be released faster.

(If they speed up [the accreditations], maybe we wouldn’t need these new classifications of “fresh” and “late” cases anymore, because test results would be released as soon as possible.)

As of Friday, May 29, the country has 37 accredited testing centers, plus 11 laboratories that use Gene Xpert rapid tests. At this point, the government is set to fall short of attaining its target of 66 testing centers by May 31.

In GCQ areas, public transportation will resume, but at a limited capacity and with health protocols in place. Salons and barbershops will also be allowed to reopen.

As for religious gatherings, the 10-person limit will remain in a GCQ area, while it will be allowed at half capacity in a modified GCQ area. – Rappler.com