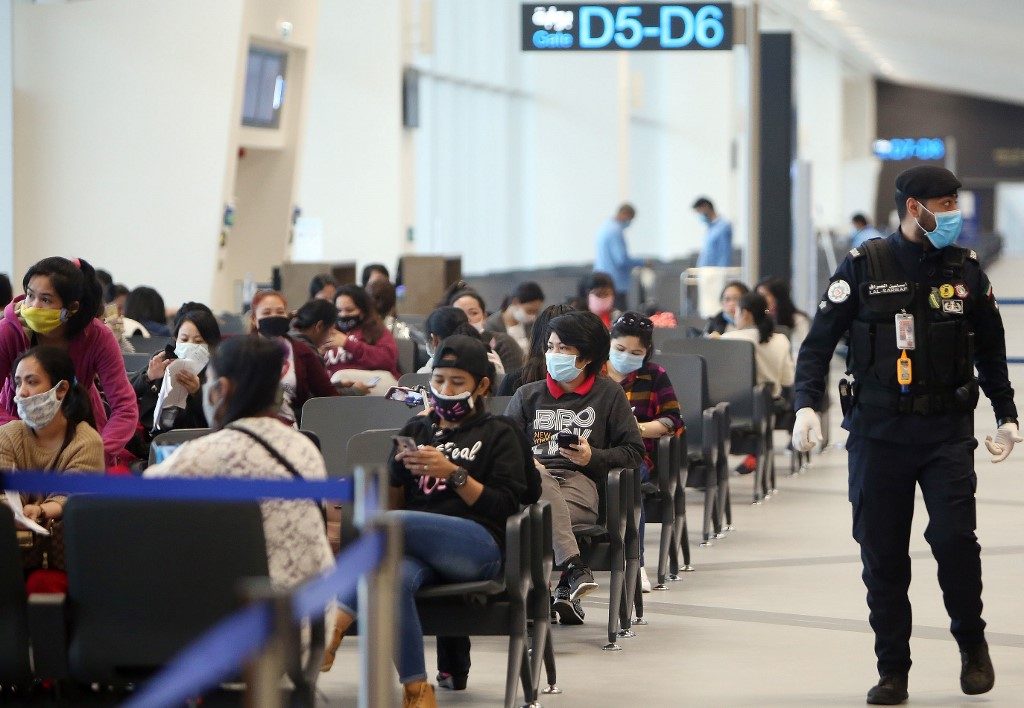 Facebook Twitter Copy URL
Copied
Most of the stranded Filipino workers are in the Middle East, says the Department of Labor and Employment on Sunday, May 31

MANILA, Philippines – Nearly 100,000 overseas Filipino workers (OFWs) worldwide are stranded due to lockdown measures in light of the coronavirus pandemic.

In a statement on Sunday, May 31, the Department of Labor and Employment (DOLE) said 98,615 OFWs are stranded as of Friday, May 29, citing reports from Philippine overseas labor offices (POLOs) in 40 foreign posts.

The OFWs are “either affected by lockdowns in their respective host countries, those distressed seeking to be repatriated, or those whose work contracts have expired but cannot return to the Philippines due to the absence of commercial flights,” explained DOLE.

Almost all of those in the Middle East, or 83,380, are land-based. The same goes for the stranded OFWs elsewhere in Asia, where 2,110 are land-based. In Europe and the Americas, most of those affected are sea-based, numbering 11,372.

Moreover, of the overall number, around 19,631 either have unfinished contracts or are distressed workers needing repatriation in the coming weeks. Among them, 11,505 are in the Middle East, while close to 6,500 are in Europe and the Americas.

DOLE also reported that since the start of the pandemic, a total of 36,625 OFWs have been repatriated, according to the records of POLOs.

Back home, DOLE said that over 24,000 OFWs who have been stuck in various quarantine facilities “would have been transported to their provinces by Sunday.”

There have been numerous reports of OFWs staying for longer than the required 14-day quarantine in designated facilities, because of the delays and inefficiencies in testing for the virus and in processing documents. (READ: OFWs struggle through prolonged quarantine in gov’t ‘VIP treatment’)

As of Sunday noon, the Overseas Workers Welfare Administration reported that 23,472 OFWs “had embarked for their safe homecoming with their families,” while 538 workers are waiting to be cleared. – Rappler.com