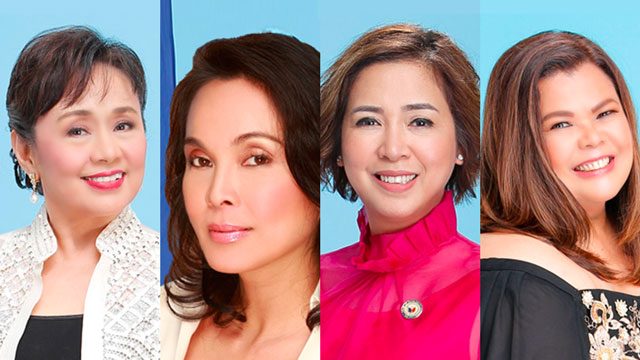 MANILA, Philippines – Former ABS-CBN personalities who are now members of the House of Representatives vouched for ABS-CBN as franchise hearings resumed on Monday, June 1, saying the embattled media network “went over and above” its obligations as a broadcasting company.

Aragones said every time she was sent as a reporter to cover disasters and stories of Filipinos in need of help, ABS-CBN’s advocacy arms such as Bantay Bata and Bantay Kalikasan would also be deployed to give assistance to the communities they visit.

“Truly, simply, ABS-CBN stood for then, as it stands for now, in the service of the Filipino,” she said.

Tambunting said the same, recalling the period she served as a producer for the network in the 1980s, one of her first jobs before entering politics.

The Parañaque congresswoman said she was trained to “take care and organize people” to come up with weekly or daily shows, which her ABS-CBN mentors taught her should highlight values and lessons that Filipinos should emulate.

“Little did I know that this outlook of taking care of people, organizing [them] will help me in my work as a public servant now,” Tambunting said.

“My mentors in ABS-CBN taught me a lot about work – the value of work, hard work, respect for work, accuracy at work, love and respect for co-workers, and most of all, the dignity of work from God. These lessons all help mold me to what I am today. I will never, ever forget that,” she added.

On Monday, the House committees on legislative franchises as well as good government and public accountability resumed hearing measures on the franchise of ABS-CBN, which the National Telecommunications Commission (NTC) shut down after its franchise lapsed on May 4.

ABS-CBN has already asked the Supreme Court for a temporary restraining order on NTC’s issuance. President Rodrigo Duterte has repeatedly threatened to close down the company following accusations of bias against him. Journalists and media advocates said the closure order was simply meant to silence critics and independent voices under this administration.

Legarda and Recto focused their speeches on appealing for the welfare of the estimated 11,000 ABS-CBN workers who now stand to face unemployment in the middle of the coronavirus pandemic.

Legarda said she “cherished” her years a journalist for ABS-CBN from 1986 to 1998. “I stand for the corporation’s 11,000 employees or more, composed of the rank-and-file talents, professionals, my previous co-workers who are facing uncertainty with regard to their jobs and sources of livelihood at the worst possible time as we face the COVID19 pandemic,” said the Antique congresswoman in her brief speech.

Recto expressed her “deep concern” for the talents of ABS-CBN, with whom she has worked in her years as a famous actress before becoming provincial governor and eventually congresswoman of Batangas’ 6th District.

“Mr Chairman, with the present situation of ABS-CBN, I am saddened that 11,000 employees will be affected and will be displaced. As part of the entertainment industry, let me share my deep concern to the talents of ABS-CBN, whom I know will be affected in these trying times,” Recto said.

ABS-CBN president and CEO Carlo Katigbak told senators on May 19 that they may begin retrenching some of their workers by August if the network is not allowed to operate by then. – Rappler.com