‘Reject this’: Human rights lawyers up in arms vs ‘repressive’ anti-terror bill 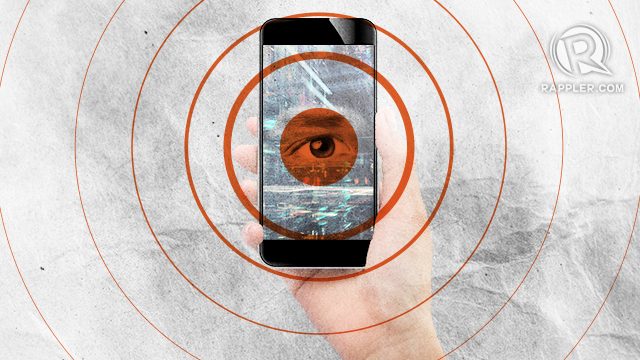 Facebook Twitter Copy URL
Copied
'The attempt to use the anti-terror bill as a tool for repression rather than for thwarting terrorism is appalling,' says the Ateneo Human Rights Center, which calls for its rejection

MANILA, Philippines – Human rights lawyers are up in arms against the anti-terror bill which President Rodrigo Duterte has just certified as urgent.

The Senate has already passed it and the bill is awaiting approval from the House of Representatives. Senate President Vicene “Tito” Sotto III said on Tuesday, June 2, that it’s as “good as passed.”

The Ateneo Human Rights Center (AHRC) appealed to Congress to “reject this piece of legislation.”

Free Legal Assistance Group (FLAG) chairman Chel Diokno earlier pointed out that the bill would authorize a council of Cabinet officials to tag people and groups as terrorists, as well as order their arrest and detention. This would mean law enforcement would no longer need warrants from courts to do these.

In a new statement Tuesday, the Concerned Lawyers for Civil Liberties (CLCL) raised alarm on the broad definition of “terror” crimes under the bill.

Under Section 4 of the bill, the definitions of terrorism include damage to government facility and acts intended to cause extensive interference with infrastructure.

Not found in the current Human Security Act, the new bill would criminalize not just the actual act of terrorism, but also the threat to commit it. It includes planning, training, and preparing for it, facilitating it, and inciting to terrorism itself.

The CLCL said “it gives the government almost free rein in determining who are suspected terrorists.”

“Even ordinary citizens airing their grievances against government on social media may fall within its ambit,” said CLCL, a large alliance of lawyers which reconvened last year.

The CLCL was formed to oppose the policies of the Gloria Arroyo administration, a period that saw lawyers out of their offices and protesting in the streets.

During the quarantine, two teachers, a salesman, and a habal-habal driver were arrested and detained without warrants over their provocative social media posts.

More were summoned and are being investigated for posts critical of the Duterte administration.

The CLCL also pointed out that although government would need to obtain court authority for surveillance, the bill does not provide penalties for abuse of these powers.

“The general tone of the bill supports secret surveillance – the courts are required to be informed of such surveillance, but only upon filing of charges before the prosecutor. In short, subjects of surveillance and ‘suspected’ persons will have already been hauled to jail before they are made aware of actions against them,” said the CLCL.

Under the bill, court authority to surveil and wiretap would last 60 days and it can cover even people “suspected” of any of the crimes, meaning even those suspected to be inciting, threatening, or planning to commit terrorism.

“Should this bill become a law, we should then expect uninvited guests peering into our private spaces. This clearly violates our right to privacy enshrined in our Bill of Rights,” said the National Union of Peoples’ Lawyers (NUPL).

Law enforcement is also exempt from liability for illegal arrest and detention if they are acting upon the orders of the Anti-Terror Council (ATC) made up of top Cabinet officials.

The NUPL said activists would be targeted, and freedoms of association and speech would be rendered useless.

“This threat is especially real and greater for organizations that have been relentlessly and viciously targeted and red-tagged by the likes of National Task Force to End Local Communist Armed Conflict  (NTF-ELCAC) as ‘terrorist’ groups or fronts essentially because of the pro-poor and progressive agenda and advocacies that they carry,” said the NUPL.

With the repeal of the anti-subversive law, it is not illegal to be a member of the Communist Party of the Philippines (CPP), but the Duterte government has tried – through the Department of Justice (DOJ) – to tag as terrorists CPP leaders and consultants, as well as a hundred other people, including a United Nations Special Rapporteur.

The DOJ later trimmed the list to only 8 people, still pending before a Manila court.

The Ateneo Human Rights Center fears the bill would give the government more legal basis to punish memberships in progressive organizations.

“The anti-terror bill also legalizes guilt by association by penalizing recruitment to and membership in a terrorist organization, and at the same time providing for ex parte designation or proscription of persons or groups as terrorist. Ex parte, in this context means that a person can be labeled a terrorist upon designation of the government, without requiring said person the opportunity to oppose or present contrary evidence,” said the AHRC.

The DOJ has not yet responded to questions related to the anti-terror bill. The Secretary of Justice would be part of the Anti-Terror Council. – Rappler.com