Sotto to critics: Only terrorists, supporters afraid of anti-terror bill 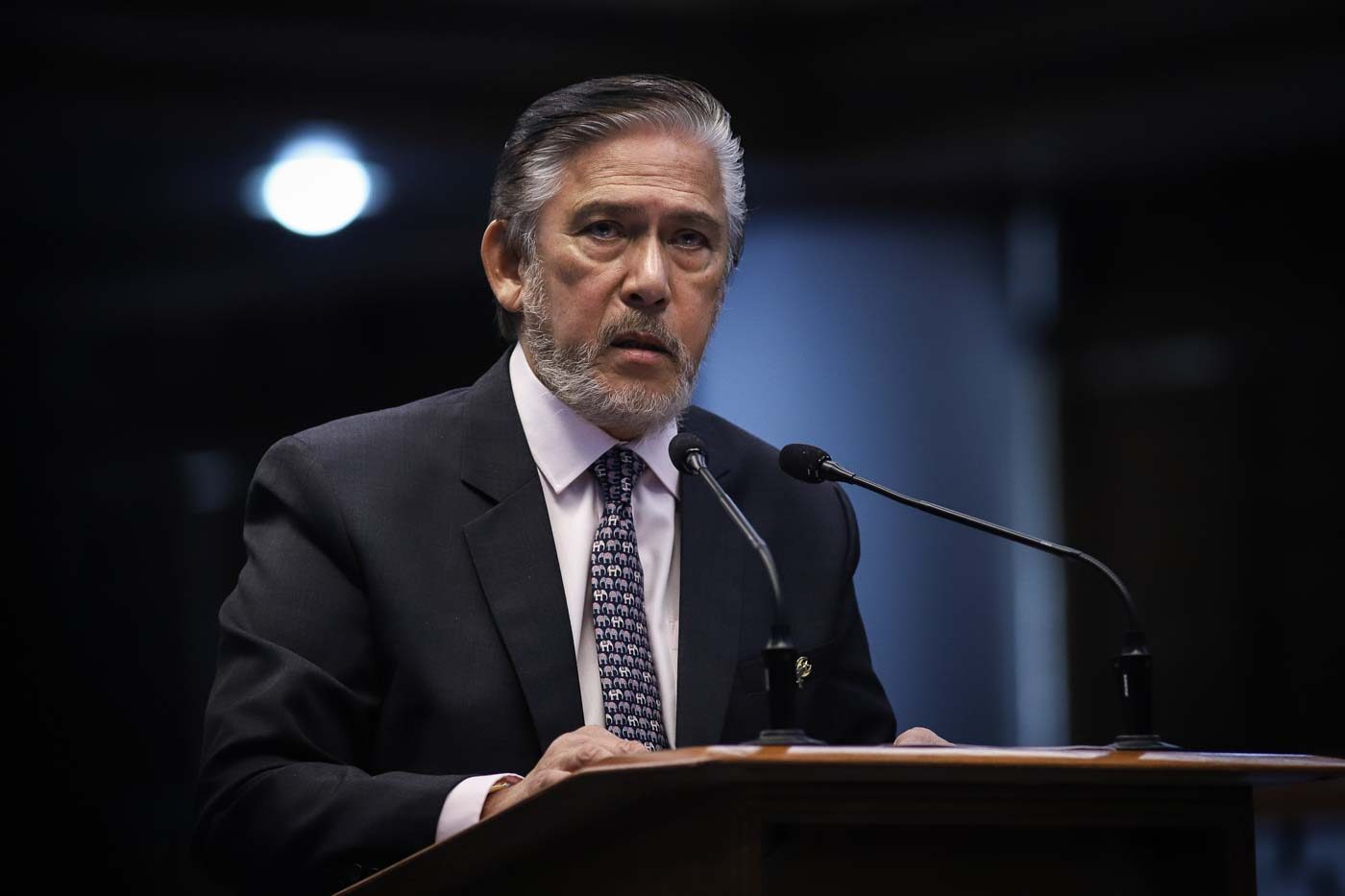 Facebook Twitter Copy URL
Copied
Senator Risa Hontiveros and Senator Francis Pangilinan, the two senators who voted against the measure at the Senate, question the urgency in passing the anti-terrorism bill

“I suggest they read the bill first before reacting. Terrorists or their supporters are the only ones who will be afraid of the bill,” said Sotto.

Lacson, meanwhile, said that there are “enough safeguards” in the measure. Free Legal Assistance Group believed otherwise, with its chair human rights lawyer Chel Diokno saying that the measure would “endanger basic rights and freedoms.”

The Senate version of the anti-terrorism bill was adopted by the House panel on public order and safety and on national defense on Friday, May 29. The President’s certification would allow the lower chamber to pass it on second and 3rd reading on the same day.

Sotto said on Tuesday that the measure is “as good as passed.” He added, “It will just need my signature. If it comes back to us after ratification, then I will transmit to the President.”

Senator Risa Hontiveros and Senator Francis Pangilinan, however, questioned the “misplaced” priority in asking the anti-terror bill to be passed urgently. The two senators voted against the measure because of possible abuses, if passed.

(The concerns of the public about the bill are valid and should be heard. What they are asking for is a program that will ensure their safety against the pandemic. Shouldn’t that be prioritized?)

Pangilinan said the government should instead focus on the transportation crisis, improving the capacity for mass testing, and economic recovery.

(There should be a whole of government approach, right? We should heal as one, right? Is this measure a pill against COVID-19 or will be used to cover up the government’s failures? How we stop the spread of COVID-19 and how to help the economy to recover should be prioritized, not the anti-terror bill.)

Youth, progressive, and human rights groups asked lawmakers to junk the anti-terrorism bill, as they raised alarm over the broad definition of what constitutes as “terrorism.”

Under the Senate version of the bill, terrorism was definited as engaging in the following acts with the purpose of inciting fear and seriously destabilizing structures in the country, among others:

Under Senate Bill 1083, those who will propose, incite, conspire, and participate in the planning, training, and facilitation of a terrorist attack could face a sentence equivalent to life imprisonment. The same punishment would be meted out to those who provide support and recruit anyone to be a member of a terrorist organization.

Suspected persons can be detained without a warrant of arrest and placed under 60-day surveillance, which may be extended to at most 30 days by the police or the military. – Rappler.com