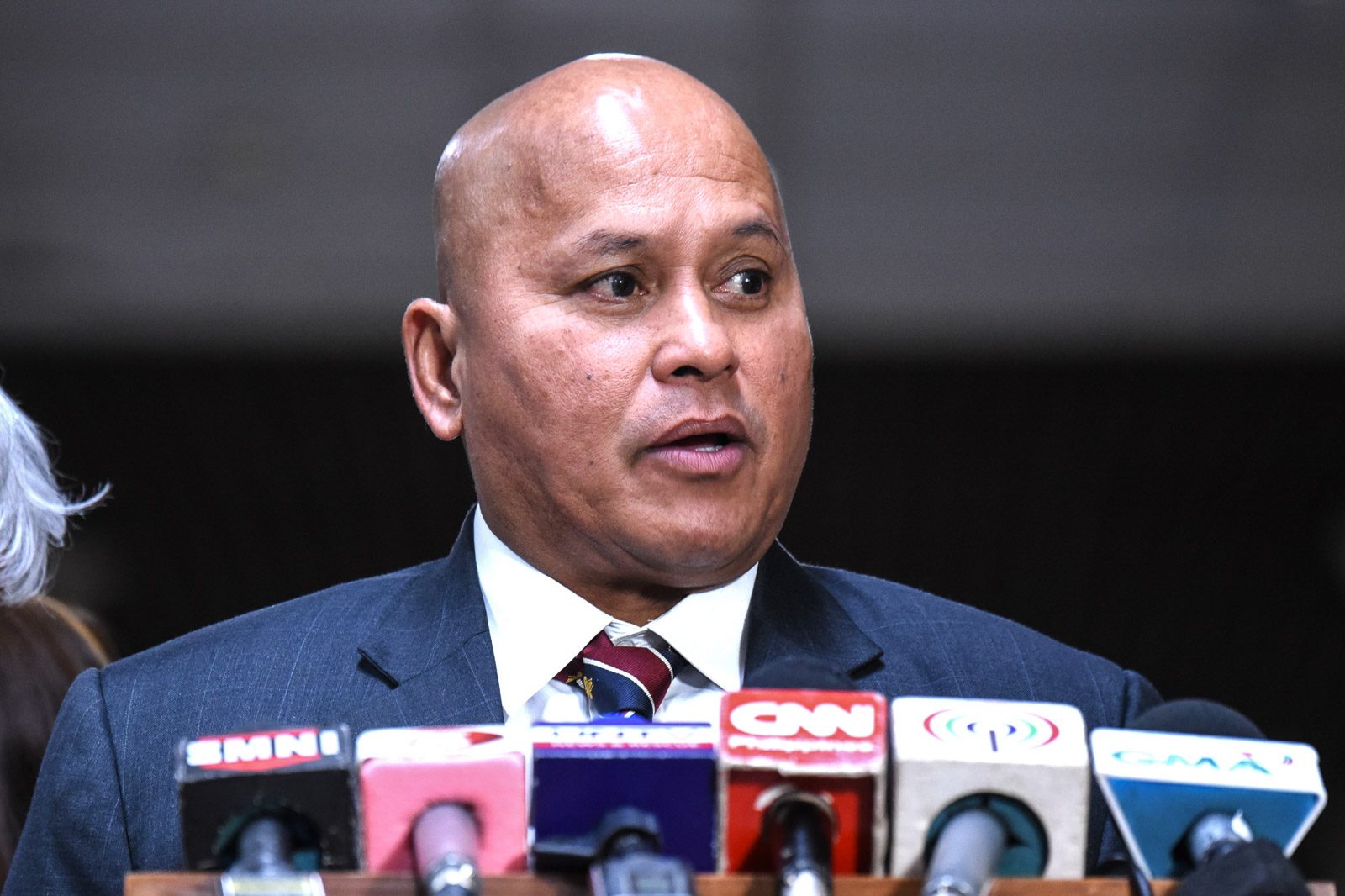 MANILA, Philippines – While it was his US visa cancellation that supposedly triggered the Duterte government’s earlier policy decision, Senator Ronald “Bato” dela Rosa on Wednesday, June 3, joined other senators in welcoming the shelved termination of the Philippines-US Visiting Forces Agreement (VFA).

“Foreign policies can be flexible at times depending on the realities obtained in the bilateral, regional, or global arena of foreign relations. That suspension of termination is a welcome development,” Dela Rosa said Wednesday, June 3.

The US government had earlier canceled the visa of Dela Rosa, the chief implementer of President Rodrigo Duterte’s controversial drug war. Duterte eventually made good on his threat to scrap the VFA if the US did not reinstate Dela Rosa’s visa, prompting the Senate to question the Chief Executive’s act before the Supreme Court.

Responding to questions, Dela Rosa said on Wednesday that he has not appealed to the US government for the reinstatement of his visa. “Hindi ako sumulat kasi hindi ako easy boy (I didn’t send a letter to the [US embassy] because I’m not an easy boy),” he said.

Proof of ‘whimsicality’ of presidential action

Referring to the Philippine Department of Foreign Affairs’ suspension of the Philippines’ withdrawal from the VFA, Senator Leila de Lima said, “Finally, somebody from this administration realized that our country’s interests are greater than one person’s canceled visa.”

De Lima also said that the revised policy was proof of the “arbitratriness” of Duterte’s unilateral action on the VFA.

“The suspension of the revocation of the VFA, while certainly a welcome move, only proves the whimsicality and arbitrariness of the unilateral presidential action of VFA abrogation,” she said.

“As in the previous withdrawal from the Rome Statute/ICC, public or national interest was never factored in. Only the selfish, personal and capricious interests of an impulsive and unstable President,” she added.

Senate Minority Leader Franklin Drilon said “the unhampered implementation of the VFA will serve the interest of our country, particularly with regard to the preservation of our rights over parts of the West Philippine Sea.”

“The abrupt abrogation of the VFA last February as initiated by the President – which was done amid the increasing aggressiveness and the bullying of China – is disadvantageous to us. What the country truly needs is a stable foreign policy that promotes our interest,” he added.

“The Philippines needs the VFA especially now that Chinese intrusions into our territory particularly in the West Philippines Sea. The last thing that we should lose is the balance of power that the USA among other allies like Australia and other ASEAN neighbors can provide to suit our national interest and territorial integrity,” Lacson said.

“It is a no-brainer that we can’t stand on our own and protect ourselves from harassments coming from those intrusions,” Lacson added.

Recto said that he’s in favor of extending the military accord until the Philippines is “economically strong and militarily capable” to defend its citizens. (TIMELINE: Duterte’s threats to terminate the Visiting Forces Agreement)

Senator Sherwin Gatchalian, meanwhile, said that a review of the military accord is still needed. The Department of Justice was tasked to conduct an assessment of the VFA. The DOJ review has yet to be released.

Drilon said in a statement: “This turnaround does not affect the case that we filed before the Supreme Court…. The fact that the VFA is reinstated will not render our case moot and academic. The case stands.”

The VFA, which took effect in 1999, outlined guidelines for the conduct of US troops visiting the Philippines. It is the foundation for military exercises between the Philippines and the US.

Duterte first threatened the abrogation of the VFA in 2016, when the Millennium Challenge Corporation, a US aid-giving body, did not renew its grant to the Philippines over human rights concerns regarding the Duterte’s war on drugs.

On Tuesday, June 2, Foreign Affairs Secretary Teodoro Locsin Jr sent a diplomatic note to US Ambassador to the Philippines Sung Kim informing the latter of the Philippines’ intent to suspend the abrogration of VFA “upon the President’s instruction.”

Since the start of the coronavirus pandemic, the US government has donated P780 million (nearly $15.5 million) in assistance to the Philippines to boost the country’s testing capacity and provide support for business and health workers. – Rappler.com