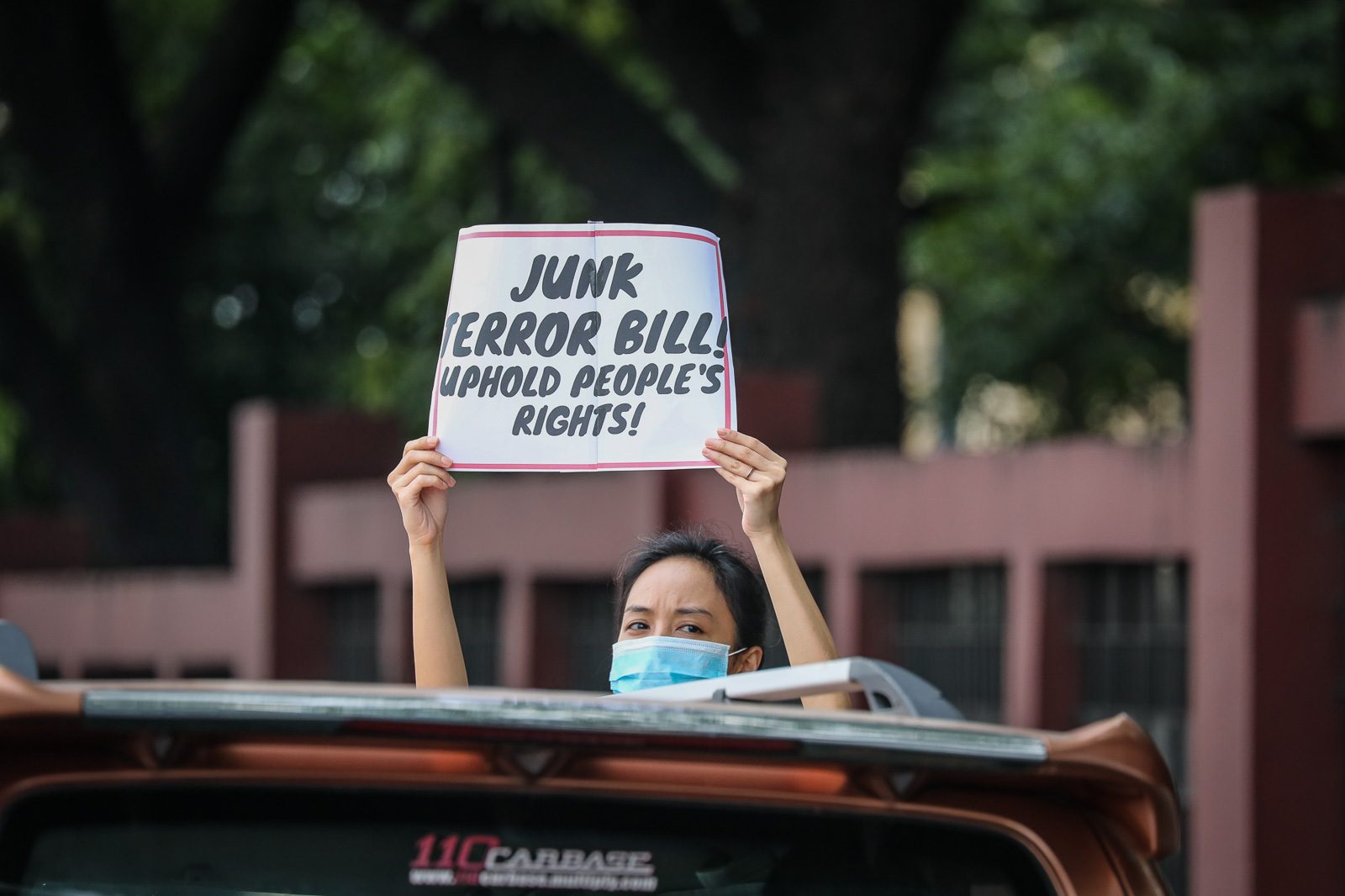 MANILA, Philippines – Human rights groups on Wednesday, June 3, warned that the passage of the anti-terror bill will further lead to the erosion of democracy and state abuse in the Philippines.

In a statement, the Asian Forum of Human Rights and Development (FORUM-ASIA) and its Philippine member-organizations slammed the rail-roading of the bill, adding that it will further strengthen the power of President Rodrigo Duterte against any semblance of dissent against his policies.

“The anti-terrorism bill would institutionalize and facilitate an abuse of power, leading to the weaponization of the law against its people,” FORUM-ASIA said.

The proposed bill is expected to be signed into law soon after President Duterte certified it urgent on Monday, June 1. The Senate passed its version last February 26 while the House of Representatives is expected finish its deliberations this week.

The groups condemned the Duterte government for prioritizing such anti-people bills in the middle of a pandemic that has upended the lives of many Filipinos. It urged Congress to take a stand against the proposed bill to at least show they are capable of upholding democracy.

‘Fast-tracking the anti-terrorism bill at a time when the country is grappling with the effects of a public health emergency demonstrates a complete disregard for any trust the public has placed in its government,” they said.

Confederation for Unity, Recognition, and Advancement of Government Employees (COURAGE) slammed the rail-roading of the proposed bill in Congress during the coronavirus pandemic.

Manuel Baclagon, COURAGE secretary-general, said that what the Duterte government and Congress did is despicable and completely ignoring the plight of many Filipinos during the lockdown.

“All the while, the Filipino masses are still asking for mass testing and economic relief as the COVID-19 pandemic further spreads and the lockdown continues,” he said. “That shows how people’s lives are of little value compared to the collective ego of the embattled Mr. Duterte and his clique.”

The Commission on Human Rights earlier branded the anti-terror bill as highly intrusive, raising concern over the “broad definition” of what constitutes terrorism, fearing this could lead to state abuse.

Human rights and law groups earlier asked Congress to reject the proposed bill, saying that it will be used to weaponize the law against critics of the government.

The Duterte government has been slammed for its handling of critics and independent voices such as journalists and activists. According to data from rights group Karapatan, at least 3,399 members of progressive groups have been arrested on alleged trumped-up charges since 2016. (READ: Duterte’s war on dissent) – Rappler.com