Sereno: It is the most unfortunate time to pass anti-terror bill 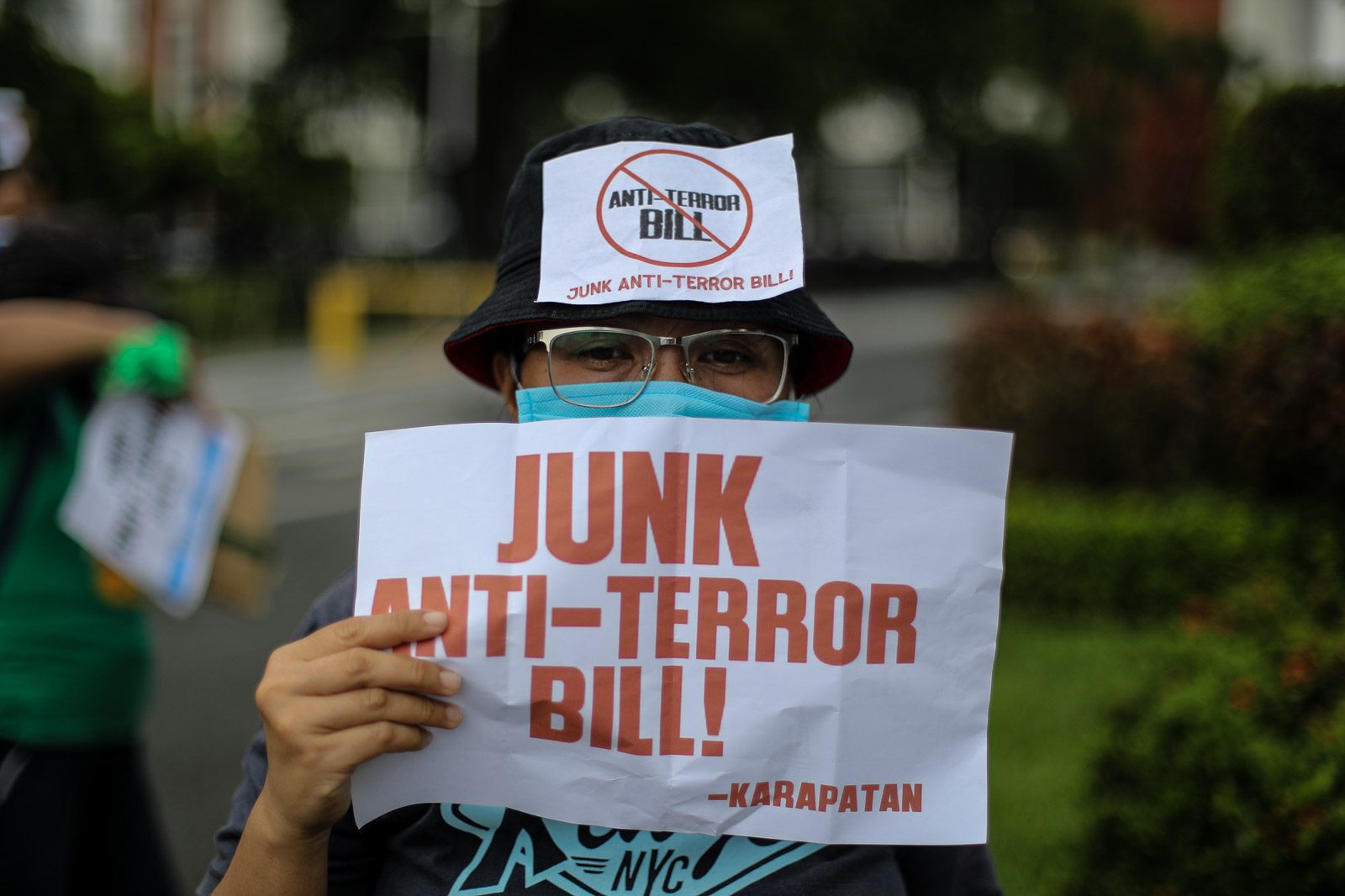 MANILA, Philippines – Former chief justice Maria Lourdes Sereno said on Wednesday, June 3, that it is “the most unfortunate of times” to pass the anti-terror bill, joining a list of former and current leaders to express apprehension about the measure.

“Our people need to hear our lawmakers ask the most important questions about our survival as a nation and the future of our freedoms under the proposed Anti-Terrorism Act of 2020. Until these questions are asked and the answers clearly given, it is the most unfortunate of times to pass the proposed act,” Sereno said.

The House of Representatives approved on Wednesday the anti-terror bill on 3rd and final reading, with a vote of 173-31-29. This means that if there is no more reconciliation to be done between the Senate and the House versions, the bill will be given to President Rodrigo Duterte for his signature.

Human rights lawyers and other civil society groups have been on an intense campaign in recent days to oppose the bill, which broadens the definition of terror and punishes even the crimes of threatening, planning and inciting to commit terror.

Given the recent indictments of critics, including ordinary Filipinos, of inciting to sedition, lawyers are convinced the bill would target activists and repress any form of dissent.

The bill also authorizes cabinet officials to tag people and groups as suspected terrorists and order their arrest and detention, without the need to obtain warrants and orders from the courts.

“That is why Congress must, in this perilous hour when national existential questions are uppermost in the minds of the people, make the effort to ask those questions and not stop, until the present bill satisfies the standards of justice and human compassion,” said Sereno.

Sereno’s statement was carefully worded to reflect her time as chief justice – leader of a judiciary that has the duty to punish terrorism under the equally contested Human Security Act.

“In my former capacity as Chief Justice, I had listened carefully to the articulated difficulties that the defense and military establishment had in dealing with terrorism under the Human Security Act of 2007,” said Sereno.

Part of the lawyers’ sentiments is the difficulty in proving terrorism, which is ideology-fueled, when overt acts of terror can just be punished under ordinary crimes such as murder.

The Department of Justice (DOJ) has not responded yet to our question on how many have been prosecuted under the 2007 Human Security Act.

In an earlier message, Justice Secretary Menardo Guevarra said it’s “minimal” because of Section 41 of the old law. It says a person tried for terrorism, but who is acquitted, gets to be paid P500,000 for every day that his or her assets were seized, to be charged to law enforcement.

The 2020 anti-terror bill deletes that provision; it also lowers the punishment on erring law enforcers. For example, penalty for unauthorized and malicious surveillance was lowered from a maximum 12 years of jailtime to 10 years at the most.

“It was then my view, that those problems could be resolved if agency agreements between the Executive Department and the Judiciary could be crafted, that take into account the agencies’ implementation difficulties vis-a-vis the required careful culture of courts whose primary function is to defend human dignity and the rights of every Filipino,” said Sereno.

“The Supreme Court, unfortunately, never had the chance to pass upon the constitutionality of the substantive portions of the Human Security Act of 2007,” said Sereno.

Presidential Spokesperson Harry Roque led the charge in 2007 in challenging the constitutionality of the Human Security Act, but he and his fellow petitioners eventually lost at the Supreme Court in 2013, but not on merits.

The Supreme Court said in G.R. No. 204603 that Roque and his group had no legal standing, and that the accusations of abuses under the law “remain highly speculative and merely theorized.” Simply put, the Court said in 2013 the case was not ripe for adjudication.

Sereno said what the government can do now is listen to its constituents.

“When Filipinos vent their frustration in the only way they can through social media, government should be careful not to repress the human spirit that must always find a way to express itself,” said Sereno. – Rappler.com