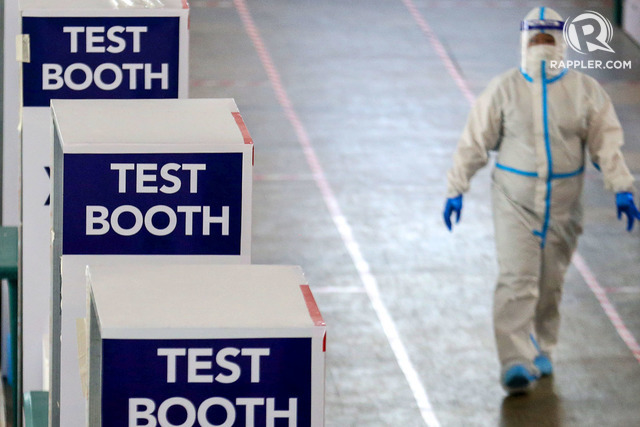 MANILA, Philippines – The Senate on Wednesday, June 3, approved Senate Bill 1564 or the second installment of the Bayanihan to Heal as One Act, which detailed measures that the executive should do to fight the pandemic.

On Wednesday, the Senate approved the amendments to SB 1564, which essentially seek to remove the emergency powers under the first Bayanihan Act.

In doing so, the paragraph in Section 2 on the declaration of policy which would authorize the President to “exercise certain powers” was deleted. Section 3 of the bill, which was initially called “authorized powers,” was changed to “COVID-19 response and recovery interventions.”

Section 3 laid out 64 “interventions,” which adopted the 30 special powers from the first Bayanihan Act, placed additional conditions under these, and added new ones apart.

The bill also seeks to appropriate P140 billion for test kits, assistance to labor, transportation, tourism, and agriculture sectors, and capital infusion into government financial instruments, among others.

Senators are expecting Malacañang to certify the bill as urgent, so they can do away with the 3-day reading rule and pass it on final reading on Thursday, June 4. Its counterpart measure at the House of Representatives is still pending at the committee level.

What to expect under Bayanihan 2? The programs under the first Bayanihan Act would be continued until September 30, if the bill is passed. The criminal provision would also be repealed.

Under SB 1564, there would be a one-month subsidy to low-income households that were not able to avail of the initial cash grant to 18 million families.

The bill also seeks to direct government financial institutions (GFIs) to provide loans, subsidies, discounts, and grants for the purchase of electronic gadgets as schools shift to distance learning.

Section 4(a) of SB 1564 has an attached condition to mass testing that it should be “conducted immediately” in priority areas which the interior department will identify.

Assistance would also be provided to displaced workers, teachers, students, and overseas Filipino workers who were affected by the pandemic. However, the amounts to be given were removed from the amended version of the bill, which ranged from P5,000 to P10,000.

Senator Sonny Angara said on Wednesday that removing the amounts would give “elbow room” for the executive to prescribe how much could be provided, depending on the financial capacity of the government. This amendment was made after a caucus, where senators discussed the comments of the Department of Finance on the bill.

What happened to the bailout program? The initial version of the bill was gunning for a P236-billion “standby fund” for coronavirus measures. This figure was lowered to P140 billion before session was suspended on Tuesday, June 3.

Come Wednesday, the amount was increased to P157 billion. When it was approved for second reading, it was lowered again to P140 billion, acceding to the appeal of the DOF that the government cannot fund anything more than that.

Here’s the breakdown of the standby fund:

During Tuesday’s deliberations, Senator Risa Hontiveros said in a mix of English and Filipino: “It is no longer an emergency powers act, but in fact, it is trying to bring our country on the road to recovery.”

However, SB 1564 set a period of effectivity. If passed, the Bayanihan 2 bill would be effective upon publication until September 30, unless extended by Congress. – Rappler.com