Jun 3, 2020 11:23 PM PHT
Mara Cepeda
Facebook Twitter Copy URL
Copied
'This law is not meant to combat terrorism. It is meant to give the state the power to tag whomever they please as a terrorist. Hindi pa ba tayo natuto?' says House Deputy Speaker Mujiv Hataman of Basilan 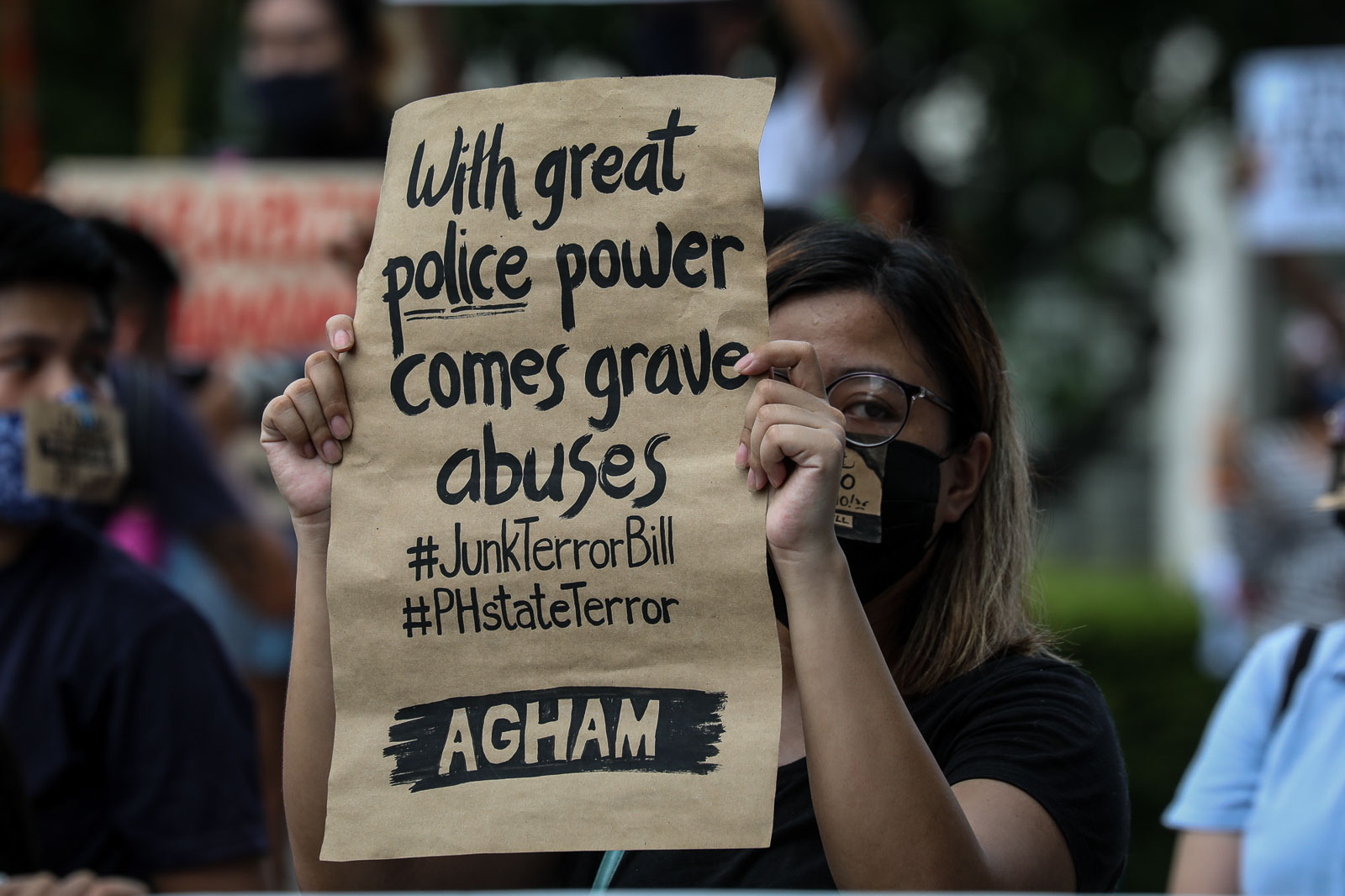 MANILA, Philippines – Several lawmakers from Mindanao who have firsthand experience dealing with violent extremists rejected the anti-terror bill, saying it might even incite violence and further embolden terrorists.

House Deputy Speaker Mujiv Hataman of Basilan did not mince words against House Bill (HB) No. 6875 or the proposed Anti-Terrorism Act of 2020, which the lower chamber approved on final reading on Wednesday, June 3. It is now up for President Rodrigo Duterte’s signature. (READ: ‘Draconian’ anti-terror bill, feared to be used vs gov’t critics, hurdles Congress)

“This law is not meant to combat terrorism. It is meant to give the state the power to tag whomever they please as a terrorist. Hindi pa ba tayo natuto? (Have we not learned anything?)” Hataman asked.

Hataman said it is clear to him that violent extremism needs to be quashed, citing how the infamous terrorist Abu Sayyaf Group (ASG) operates in his province.

But he also said they have learned there are ways to dialogue with the ASG and work with different sectors to help terrorists turn their backs on violence and live a reformed life – including good governance that looks after the welfare of the community, and quality education so children would not fall in the hands of recruiters.

Hataman argued none of these can be found in the anti-terror bill, which has provisions on warrantless arrests and the 14-day imprisonment of suspected terrorists.

It would also create an Anti-Terror Council – composed of top government officials – that will have the power to order the arrest of people they deem to be as terrorists.

(Neglect, abuse, the trampling on rights and freedom – these are the reasons that push some into violent extremism…. If the provisions of the bill are this vague, if what is stated under the bill would be easily misinterpreted or abused, then perhaps this bill would only worsen, instead of stop, terrorism.)

Anak Mindanao Representative Amihilda Sangcopan, who was also among the 31 lawmakers who voted no to HB 6875, said the anti-terrorism bill may cause “unimaginable sufferings” to the communities “out of sheer terrorist tagging.”

She argued Islamophobia would become worse if the anti-terrorism bill – certified as urgent by Duterte – becomes law.

(We Moros and Lumad are often the first victims of real terrorism, not just in our country but in other parts of the world. And in the enactment of this law, I believe it would only worsen the abuse against us – people who are often stereotyped to be terrorists even before others find out our names or see our faces.)

‘No practicability’ to detain ‘real’ terrorists

Like Hataman and Sangcopan, Lanao del Norte 1st District Representative Khalid Dimaporo argued that jailing suspected terrorists is not the answer to terrorism. Unlike the other two legislators, however, Dimaporo abstained from the vote.

In his explanation of his abstention, Dimaporo cited Mindanao’s two most wanted terrorists, Marawi siege leader Isnilon Hapilon and Zulkifli Bin Hir alias Marwan – both of whom were killed when government forces launched operations to capture them.

“The real meat of this is to detain terrorists, but all you have to do is to look at the top two terrorists at large in Mindanao. One is Isnilon Hapilon. Two, Marwan. Never did it end in detention of these terrorists,” Dimaporo said.

“There is no practicability of serving an arrest warrant or trying to capture a high-profile terrorist, real terrorists. What we really need in Mindanao are more police and more armed forces so we can properly secure our regions,” he added.

Dimaporo also said he abstained from voting because many lawmakers like him were not allowed to join the 4-hour debates on the anti-terror bill on Tuesday, June 2

The Lanao del Norte representative said he wanted to ask why it was so urgent to pass HB 6875, when he has received reports from provincial and regional peace and order councils saying they have already “eradicated” the terrorists.

When martial law was imposed in Mindanao in the wake of the Marawi siege, Dimaporo recalled getting an assurance from Defense Secretary Delfin Lorenzana that around 80 terrorists at large in Luzon and the Visayas would still be captured since they have standing arrest warrants.

“If we are able to do it that way, why do we need House Bill 6875 when you have the capability and the manpower and the ability to file cases against terrorists that are at large?” Dimaporo asked

Because the House adopted and passed the same version that the Senate approved in February, the anti-terror measure will become an enrolled bill and will immediately be sent to Malacañang for Duterte to sign into law. – Rappler.com