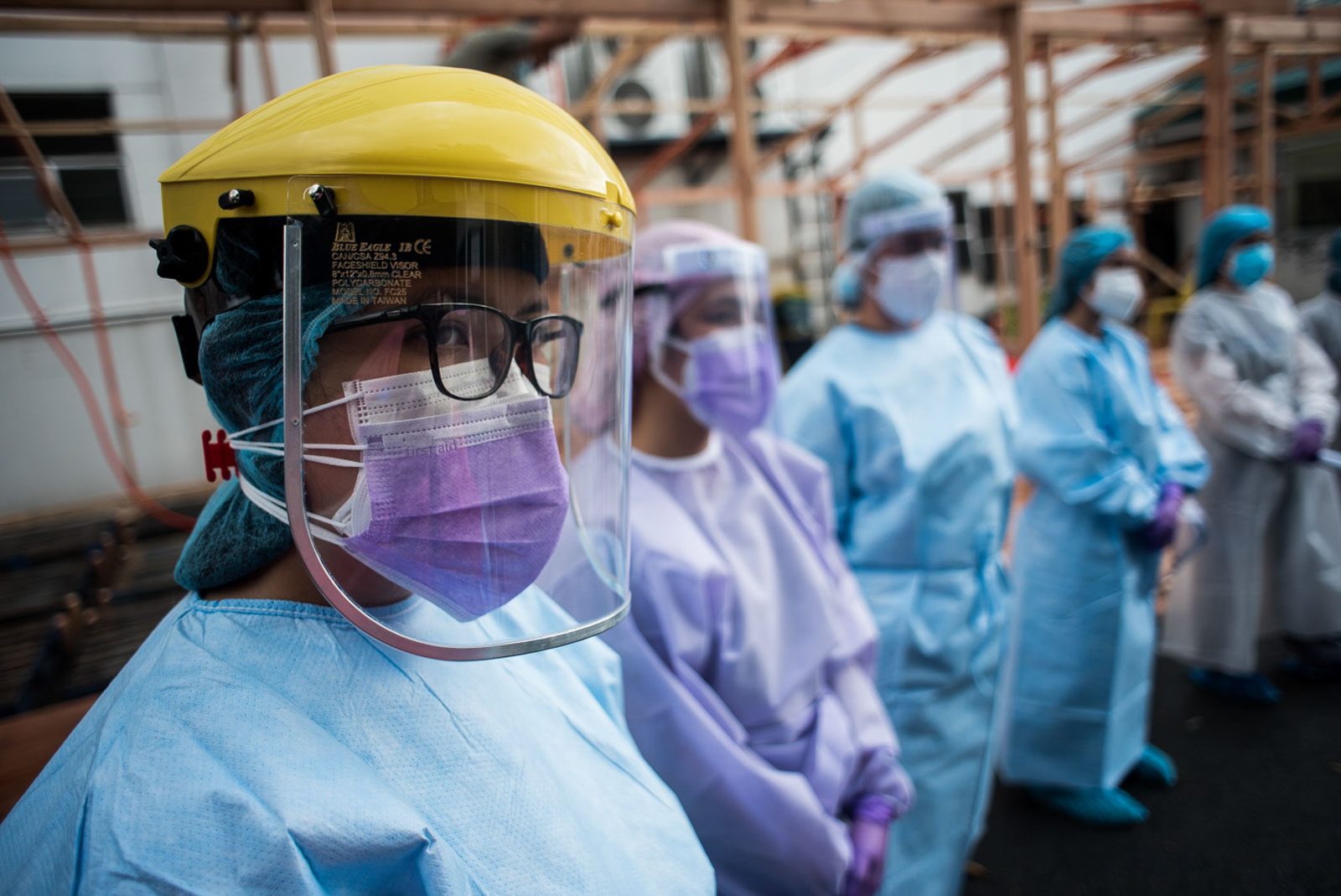 MANILA, Philippines – An “angry” and “frustrated” President Rodrigo Duterte has given government agencies until Tuesday, June 9, to make sure health workers severely sick or who died of coronavirus get the compensation promised to them by law.

“The President is mad; frustrated. This is the only time I’ve seen the President get hot-headed,”  Presidential Spokesman Harry Roque said during a virtual press briefing on Thursday, June 4.

But senators have said that in the over two months since the law was signed, not one health worker has received compensation.

Who is to blame? Roque did not say if Duterte held any official accountable for the failure to implement this provision of the law.

The spokesman said he did not know why the government was unable to distribute the compensation packages.

Senator Sonny Angara said he was told that the failure to distribute the benefits was because of a lack of implementing rules and regulations (IRR).

Sotto and other lawmakers slammed this as a bad excuse, saying an IRR is not needed for the compensation to be given.

A total of 2,675 health workers in the country have tested positive for coronavirus as of Tuesday, June 2, according to DOH. There have been 32 deaths as of the same date. – Rappler.com