Refusing to be questioned, Go tells Drilon: ‘I’m not your student’ 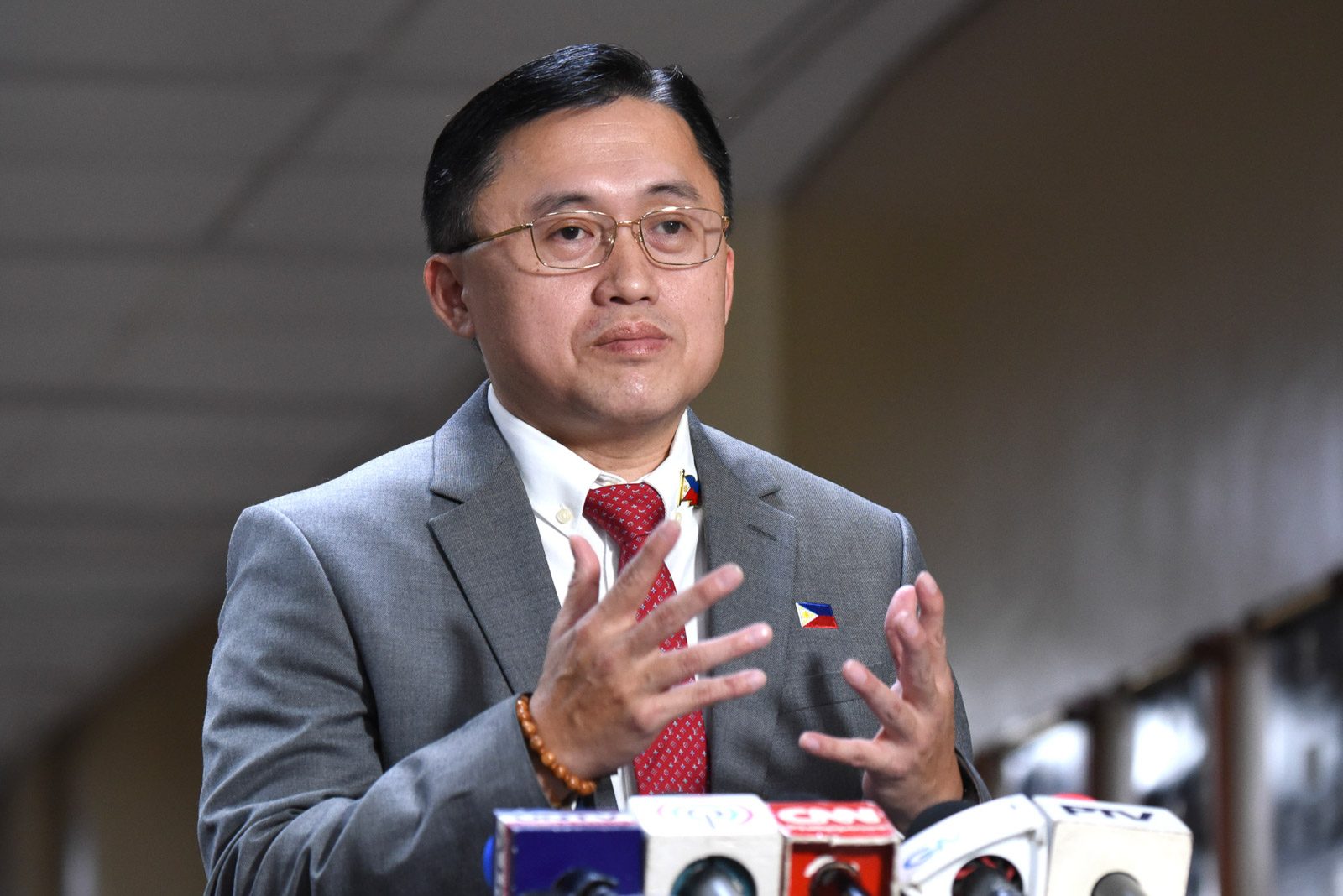 Facebook Twitter Copy URL
Copied
'It depends on the issue, Mr President, if I’m willing to be interpellated. It's my privilege,' says Senator Bong Go as he refuses to take questions on his privilege speech

MANILA, Philippines – “I am not your student and you are not my proctor.”

This was what Senator Christopher “Bong” Go said after Senate Minority Leader Franklin Drilon asked whether not taking questions after privilege speeches is the “new normal.”

During the last day of session on Thursday, June 4, Go delivered a privilege speech slamming the health, budget, and labor departments for the delayed release of sickness and death compensation to health workers infected with the coronavirus disease.

But Go refused to be interpellated on the matter.

After Go’s speech, Drilon said: “As we said, we commend the gentleman from Davao for taking the privilege hour to call the attention of the bureaucracy in its neglect of the frontliners. But the good gentleman has said that he will not take questions.”

While Drilon acknowledged that senators are entitled to such privilege, he said that the move is not the practice of the chamber. In the past, Go had repeatedly refused to take questions after his privilege speeches.

“I just want to know, however, if this is the new normal that we have, Mr President, not allowing interpellations on the floor. In an effort to thresh out or strengthen the positions that we would take on national issues, I’m placing that on the floor,” Drilon said.

Senate President Vicente Sotto III responded: “It is the prerogative of the senators, but indeed it was never the practice not to entertain any question every time you rise on the floor.”

The Senate president said that Go is “well advised” to allow inquiries from other senators next time. Is not entertaining questions the “new normal?”

Sotto told Drilon: “I don’t think it is. Definitely not.”

In response, Go said that Drilon’s observation was “well noted.” He added, “It depends on the issue, Mr President, if I’m willing to be interpellated. It’s my privilege….Remember that we are colleagues here. We are elected by the people. We are all senators.”

The chamber still did not discuss Go’s speech on health workers’ compensation.

During the deliberations on Senate Bill No. 1564 or the Bayanihan to Recover as One, Senator Sonny Angara said that health workers with COVID-19 have yet to receive the financial compensation laid out under the Bayanihan to Heal as One Act. The Department of Health was reportedly waiting for the final implementing rules and regulations.

Under the Bayanihan law, health workers severely infected with the coronavirus should receive P100,000, while P1 million should be given to the families of those who died.

Senators have slammed the Department of Health for the delayed release. Sotto on Wednesday, June 3, said that waiting for the IRR is just an excuse for the DOH’s failure to do its job.