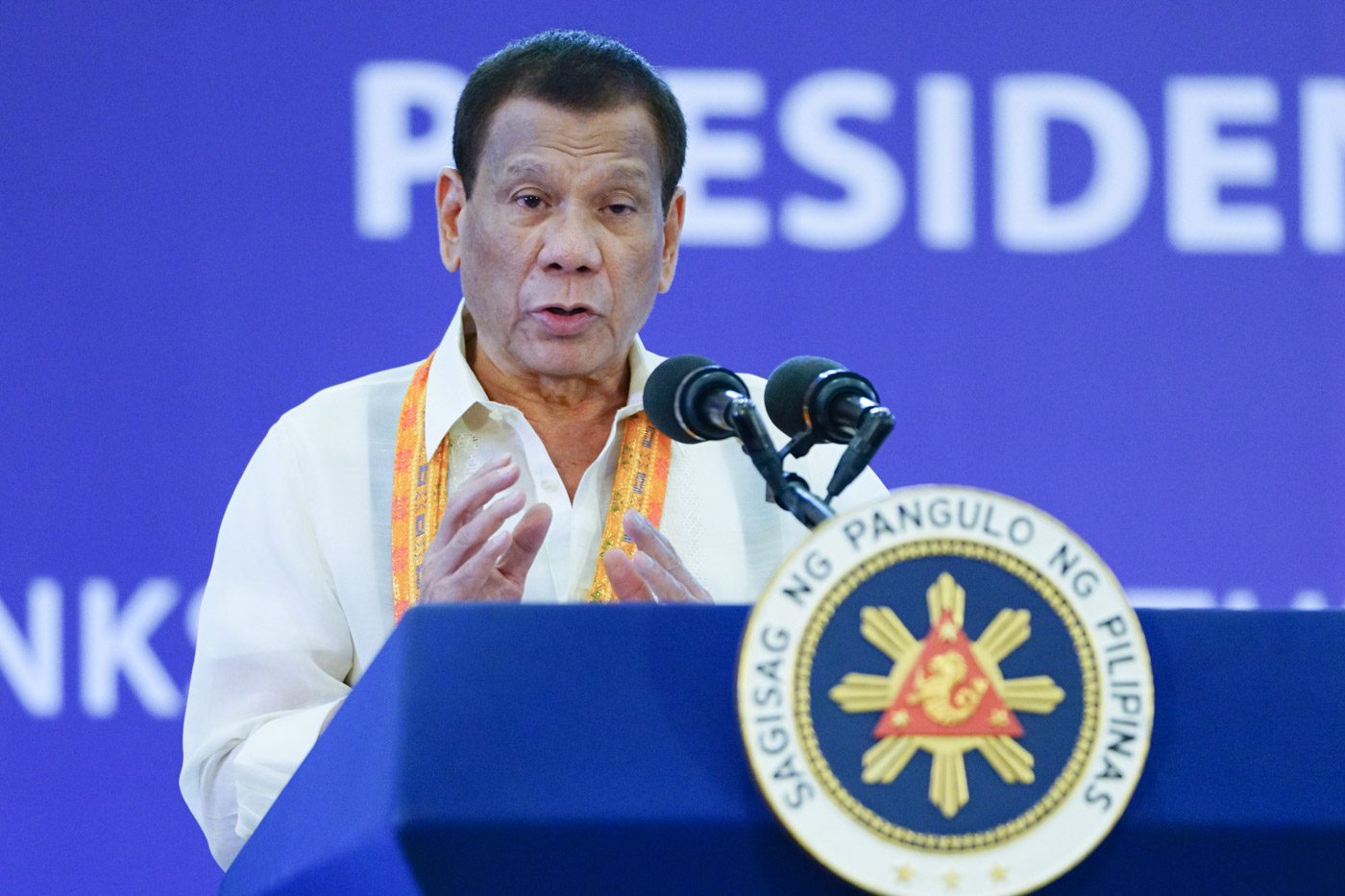 In a recorded address aired on Friday, June 5, the President said that Duque should not be blamed for the delayed compensation to health workers, which came to light during the Senate plenary debates of the Bayanihan to Recover As One bill on Tuesday, June 2.

The President insisted that Duque’s staff should be blamed for the criticism that the health chief was again reaping over the health workers’ delayed compensation.

(This took two months. Can you imagine, two months then the Secretary is being pummeled every day because he wasn’t able to do this. Who should Duque ask to work on this?)

“Kung kasali ‘yang mga ‘yan, hindi na natin mapakinabangan ‘yan (If they are involved in that, then we have no use for them). Whether they are really productive at this time or not…. If we have to move fast, I sacrifice you even if you are not really a laggard,” Duterte said.

Duterte had first asked Duque about the delayed compensation for the health workers, and the health chief reiterated his earlier explanation to senators that this was due to the delay in the approval of the implementing rules and regulations (IRR).

“I’m removing them because they are not functioning so we’re wasting money [to pay] these idiots. Kalalaki pa naman ng allowances, suweldo niyan (To think they have huge allowances, salaries),” he added.

Under the Bayanihan Act, severely infected health workers should receive P100,000 each, while the families of those who died from the disease should get P1 million.

Duque said that the 32 families of health workers who died had already been identified and will be prioritized for the new deadline. The health chief added that he has ordered his team “not to go home” just so the compensation can finally be released.

(It’s really embarassing, Sir. These families have lost their loved ones and yet my people took their dear time as if they had no sense of urgency. That’s what makes me feel bad, Mr President.)

Congress to blame, too?

The President also blamed Congress for not pointing out the delayed release earlier – even if it was the Senate that ultimately put a spotlight on the issue.

“I just like to remind you that every [week] you require the executive department to render the report. So dapat nakita na ninyo, nasilip na ninyo – bakit wala ‘yung tulong sa namatay at nagkasakit (So you should have spotted this – why is there no compensation yet for those who died ang got sick)?” Duterte said.

Duterte ordered Duque to form a new team that would handle the compensation release and set the new deadline to 24 hours. Earlier, the President ordered government agencies to release the compensation by Tuesday, June 9.

Senators have slammed the DOH for the delayed release. Sotto on Wednesday, June 3, said that waiting for the IRR was just an excuse for the DOH’s failure to do its job.

The joint administrative order on the health workers’ compensation was released only on June 2, Duque said.

As of June 1, 32 health workers have died from COVID-19, while 2 others remain severely ill. Of those who died, 26 were physicians, 4 were nurses, and 2 were non-medical personnel.

Health Undersecretary Maria Rosario Vergeire said in a Viber message to reporters that they have already contacted some of the families of the health workers who have died.

“Once they [families of the health workers] have completed the documentary requirements, we can immediately process the checks since the budget is ready already,” Vergeire said.

As of Thursday, the Philippines recorded 20,382 cases of coronavirus infections, with 984 deaths and 4,248 recoveries. – Rappler.com