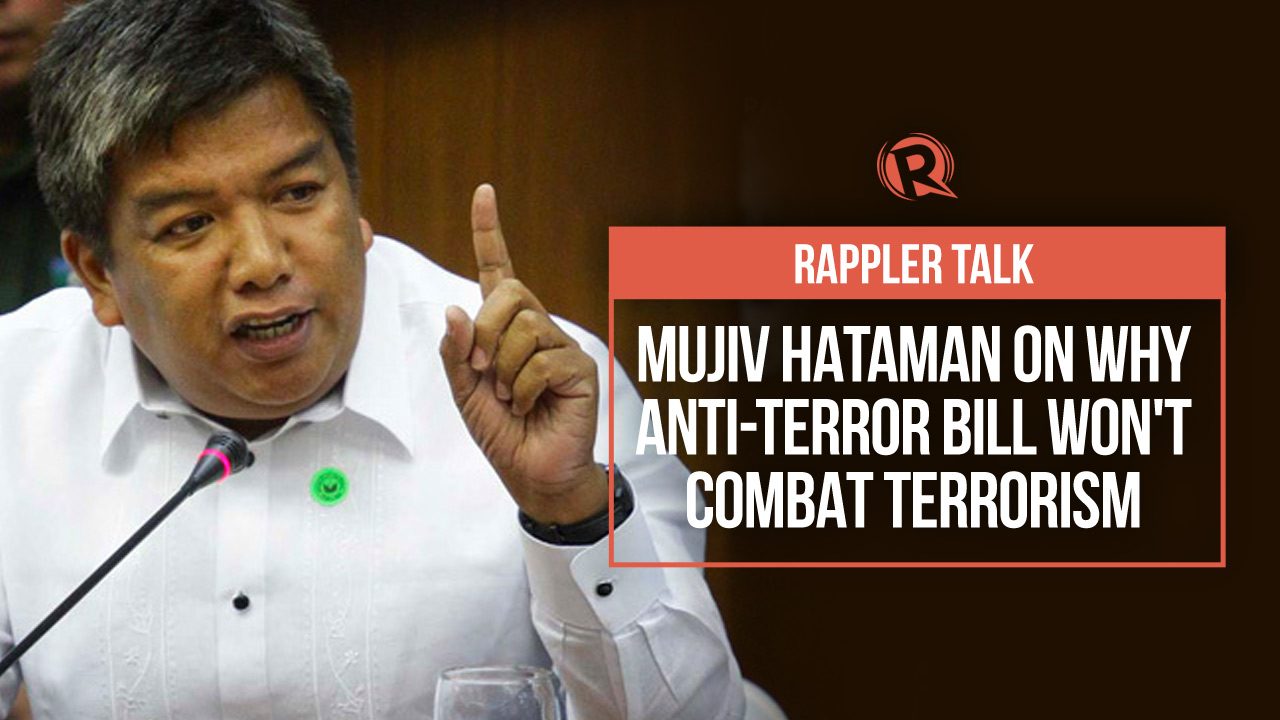 Facebook Twitter Copy URL
Copied
Why does the anti-terror bill fail to address the root causes of terrorism? What makes the measure so dangerous even for government dissenters?

MANILA, Philippines – When the House of Representatives railroaded the passage of the anti-terrorism bill, lawmakers from Mindanao were among the loudest voices rejecting the measure.

House Deputy Speaker Mujiv Hataman argued that the bill’s “broad and vague” definition of terrorism would make the measure prone to abuse and may even embolden terrorists to incite more violence.

Hataman is the representative of the lone district of Basilan, where the terrorist Abu Sayyaf Group has been operating for years. (READ: ‘Terror law’: The pet bill of generals)

What are the root causes of terrorism and why does the anti-terror bill fail to address these? What makes the measure so dangerous even for government dissenters?

Watch the Rappler Talk interview with Hataman on Saturday, June 6, at 2 pm. – Rappler.com