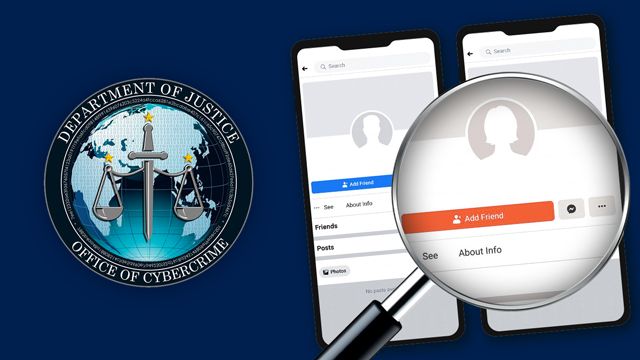 MANILA, Philippines (UPDATED) – The cybercrime office of the Department of Justice (DOJ) will look into the emergence of dummy or fake Facebook accounts that targeted students, activists, journalists, and others over the weekend.

In a statement sent to reporters on Sunday, June 7, Justice Secretary Menardo Guevarra said the situation gives him “cause for worry.”

He noted that false information is not needed “at a time when we’re dealing with a serious public health crisis,” referring to the coronavirus pandemic.

“I will immediately direct the DOJ Office of Cybercrime to coordinate with the [National Bureau of Investigation] and [Philippine National Police] cybercrime units to promptly investigate the apparent proliferation of fake or dummy accounts on Facebook,” said Guevarra.

Hundreds of students from Cebu schools were the first to sound the alarm. But journalists and others based in Metro Manila as well as several other areas later reported finding dummy accounts in their names as well. (READ: ‘I don’t feel safe, Facebook’: After discovery of ghost accounts, users demand better account protection)

The discovery of these multiple dummy accounts comes at a time of public outrage over a controversial anti-terrorism bill that Filipinos fear could be used to target government critics.

Many are concerned that the fake Facebook accounts could be used to frame them under the proposed law, by posting malicious content against the government. (READ: #HandsOffOurStudents trends as Filipinos call out fake accounts swarming Facebook)

In a separate statement, the DOJ Office of Cybercrime urged everyone affected and those with knowledge of the modus to report relevant details to them.

The office also warned that the creation of fake or ghost accounts falls under the crime of computer-related identity theft, as defined in Section 4(b)(3) of the Cybercrime Prevention Act of 2012 or Republic Act No. 10175.

Under that law, computer-related identity theft is the “intentional acquisition, use, misuse, transfer, possession, alteration or deletion of identifying information belonging to another, whether natural or juridical, without right, and with or without damage,” explained the Office of Cybercrime.

Those found guilty of committing computer-related identity theft will serve jail time of 6 years and 1 day to 12 years, or will be meted a fine of at least P200,000 up to a maximum amount commensurate to the damage incurred, or both.

The National Privacy Commission (NPC) said in a statement on Sunday that it received reports from various sectors, mostly from academic institutions.

The commission has also has brought these incidents to Facebook’s attention.

“According to Ms Clare Amador, Facebook’s representative in the Philippines, they are already investigating this particular matter as well as other information on unauthorized [Facebook] accounts,” said the NPC.

Facebook issued a separate statement on Sunday, confirming it is looking into the dummy accounts. It also urged users to “continue reporting any accounts they believe may be inauthentic.”

If you found duplicate accounts in your name, here’s how to report to Facebook: