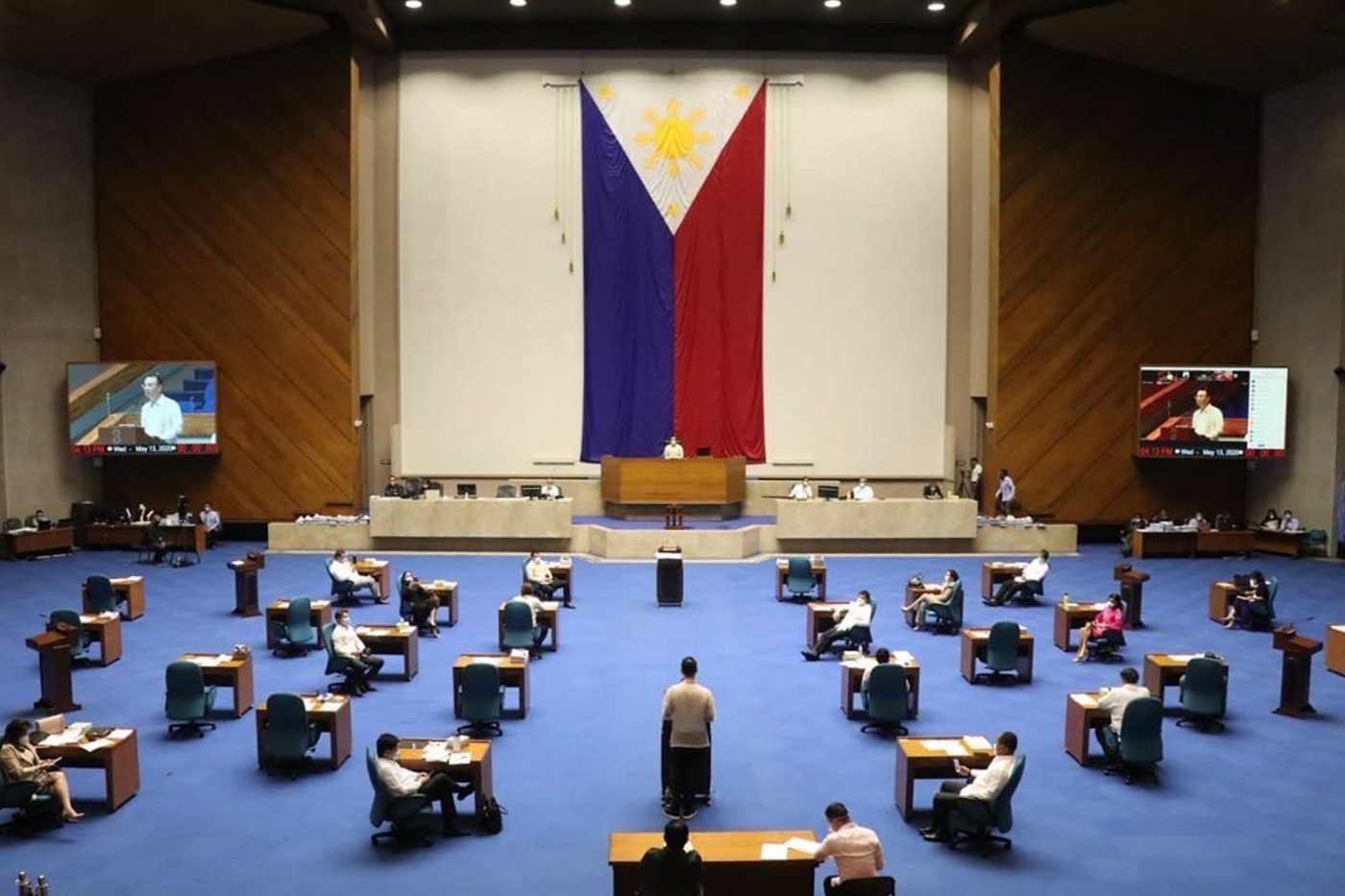 Facebook Twitter Copy URL
Copied
Most of the House members voted on the anti-terrorism bill through Zoom or a Viber group chat, methods that are prone to errors when there are a total of 302 lawmakers

MANILA, Philippines – The votes of at least 10 legislators were erroneously tallied when the lower chamber approved the anti-terrorism bill on 3rd and final reading last week.

At least 5 legislators said they actually abstained from voting on House Bill (HB) No. 6875 or the proposed Anti-Terrorism Act of 2020, but were still counted as among those who voted in favor of the measure.

Zubiri said he never supported the anti-terror bill as it has certain provisions he has “reservations” with.

“Therefore, there is nothing for me to withdraw since my vote was not a yes, but to abstain. I hope this clarifies matters,” he said in a Facebook post.

Aragones said she also backs the government’s campaign to end terrorism, but several provisions of HB No. 6875 still need to be reviewed thoroughly. (READ: DOJ starts review of constitutionality of anti-terror bill)

“This is to make a clarification that I voted abstain on the anti-terror bill. Kaisa ako sa hangarin na labanan ang terorismo, ngunit may mga probisyon na hindi ako sang-ayon at kinakailangan pa na pag-aralan, kaya ang boto ko ay naging abstain at hindi yes (I am one with the goal to fight terrorism, but there are provisions I don’t agree with and need to be studied, so that was why my vote was abstain and not yes),” the Laguna congresswoman said.

There were also 5 other House members who voted no to the anti-terror bill on June 3, but were instead recorded among the yes votes by the secretariat.

This error was corrected in the plenary a day later, with the initial 173 yes votes reduced to 168 and the negative votes increased from 31 to 36. House Deputy Speaker Aurelio Gonzales Jr explained there was a “technical error in the recording of electronic votes.”

The names of these 5 House members, however, have not been released yet. The House has also yet to publicize the official breakdown of how lawmakers voted on the anti-terror bill.

For a vote on a bill to be considered official, it has to be announced during the plenary session and recorded in the journal for that day. With the latest vote tally read in the plenary for the anti-terror bill at 168-36-29 as of June 4, the corrections several legislators have been raising in the past days have not been put in the official House records yet.

Public outrage grew after the House railroaded the passage of the anti-terrorism bill, feared to be used by the government to crack down on dissenters if passed into law.

It would widen the net as to whom the government can tag as terrorists, while at the same time lessening the restrictions on law enforcement agents who would conduct the arrests.

An exact replica of what the Senate had already passed in February, the enrolled copy of the anti-terrorism bill is now with President Rodrigo Duterte.

It seems the House secretariat had trouble accurately recording the votes since the lower chamber has been conducting plenary sessions online in light of the coronavirus pandemic. Only 25 legislators are allowed to physically attend the session, while the rest participate in the proceedings via Zoom.

Muntinlupa City Representative Rufino Biazon told Rappler that most House members were asked to either announce their vote out loud through Zoom or they could also send their vote in a Viber group chat created for this purpose.

A lawmaker voting via Viber would have to send his or her full name, the House bill number of the measure they are voting on, and their actual vote.

But this poses problems when there are a total of 302 House members voting on a bill.

(When it comes to Viber messages, given the number of people sending messages there, it’s a possibility that the staff would miss some names as the votes are being read in real time.)

The Muntinlupa congressman himself was a primary author of the anti-terror bill. But in the end, he not only withdrew authorship for the measure but also voted no as the House leadership barred all members from making amendments.

Lawmakers who withdrew their yes votes

In the past days, several advocates and civic groups have initiated email blasts to convince House members to reconsider their vote. Several campaigns to reach out to lawmakers are ongoing in Bicol, Bulacan, Camarines Norte, Laguna, Nueva Ecija, Pangasinan, Quezon, Romblon, and Tarlac.

It seems to be working, as at least two legislators who initially voted yes – Albay 2nd District Representative Joey Salceda and Buhay Representative Lito Atienza – had a change of heart and now want to abstain.

Both have written letters to House Secretary General Luis Montales manifesting they want to be registered among the abstentions.

Atienza himself said he is withdrawing his yes vote precisely because his constituents informed him of their “violent objections” to the anti-terror bill.

“We have withdrawn our affirmative vote on House Bill 6875 or the Anti-Terrorism Act of 2020 and have decided to abstain instead. People from all walks of life, including my party mates in Buhay party-list [group], are voicing out their violent objections to this bill,” said Atienza.

But not all legislators are as open as Atienza. Makati City 2nd District Representative Luis Campos Jr was found to be blocking constituents on Facebook, after they sent messages urging him to reconsider his support for the bill.

Anti-terror bill dissenters and and opposition lawmakers Edcel Lagman and Carlos Zarate even wrote separate letters to Speaker Alan Peter Cayetano, appealing to the latter to hold off signing the enrolled copy of the anti-terror bill.

They argued that the House should give time for the secretariat to properly reflect the withdrawals and clarification of lawmakers’ votes. Lagman said doing so would also give Congress more time to “cleanse [the bill] of constitutional infirmities.”

But Cayetano, who had justified the anti-terror bill, did not heed their request.

The ball is now in Duterte’s court. He may either sign the measure into law or veto it. He could also opt to do nothing and just allow the anti-terror bill to lapse into law after 30 days. – Rappler.com