Family of #JunkTerrorBill protester in Cebu gets harassed by unidentified men 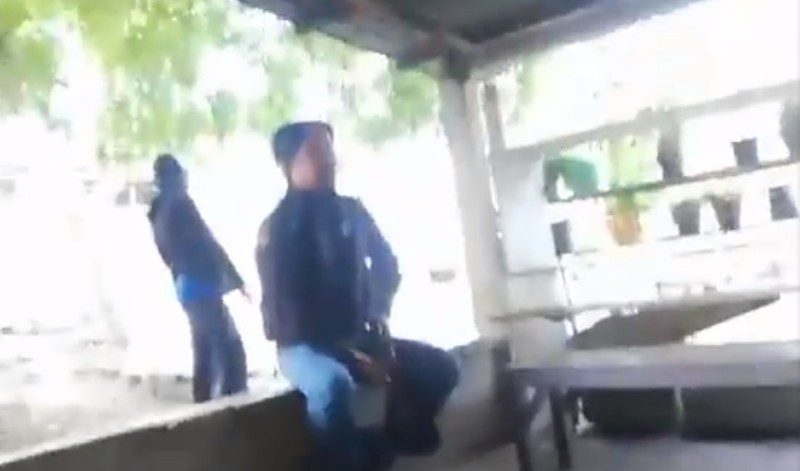 Facebook Twitter Copy URL
Copied
In a statement, the family condemns the visit of the unidentified men and urges the public not to let harassment stop them from speaking up

CEBU CITY, Philippines – Around 1 pm on Monday, June 8, two unidentified men visited Al Ingking’s residence asking for the whereabouts of the #JunkTerrorBill advocate and his affiliations with “leftist organizations.”

Ingking, 26, is a UP Diliman alumnus and is one of the “Cebu 8” who were recently arrested at the anti-terror bill rally near the University of the Philippines (UP) Cebu on Friday, June 5.

Dressed in civilian attire, the unidentified men visited the Ingking residence which, at the time, was being looked after by the caretaker of Al’s uncle and his cousin’s partner. They initially claimed to be from “government incidences.”

According to the Ingking household, the men arrived at the residence in a silver Avanza with the plate number YGB-903. The LTO later stated that this plate number did not match the vehicle the men used, according to sources from YANAT Cebu.

The members of the household were met with questions such as where exactly Ingking resided and for how long he had been an activist.

According to Youth Act Now Against Tyranny Cebu, Ingking is not affiliated with any progressive organizations, but he has, however, been very vocal against the anti-terrorism bill. (READ: EXPLAINER: Comparing dangers in old law and anti-terror bill)

The cousin’s partner began taking a video of the two men conversing aggressively with the caretaker.

In the video, the men persistently threatened the safety of the UP alumnus, saying, “Badlonga na ninyo kay sunod ninyo mahibaw-an, naa na na siya sa kabaong.” (Warn him or else, the next time you see him, he’ll be in a coffin.)

THREAD: Video of unidentified men visiting Al Ingking's residence yesterday, June 8, at around 1:50pm. Ingking is one of the https://twitter.com/hashtag/Cebu8?src=hash&ref_src=twsrc%5Etfw“>#Cebu8. https://t.co/32IOh5fqT5“>pic.twitter.com/32IOh5fqT5

Police have denied using excessive force during the recent #JunkTerrorBill protest and claimed that they were the ones assaulted by the unarmed protesters.

On June 8, Monday, the 8 individuals were ordered released without bail. It was Cebu City Municipal Trial Court in Cities (MTCC) Branch 4 Judge Jenelyn Villaceran Forrosuelo who issued the release order for the advocates.

At noon of June 9, Today’s Carolinian released the official statement of Al Ingking’s family, speaking out on the harassment they experienced Monday.

The family said that they sensed ill intentions from these men from the very beginning, and were disgusted by the intimidation and fallacious statements brought against Al and other activists.

“My brother was merely exercising his right of freedom of speech and to peaceably assemble, to speak out on the possible horrors of what the Anti-Terrorism Bill could bring, and yet these men have the gall to invade our house; to intimidate, insinuate and make fallacious statements against my brother and activists,” the Ingking’s statement says.

The statement also asserts that the “visit” by the unidentified men was a blatant attempt to intimidate and manipulate the family into stopping Al from expressing any opinion and sentiment against the government.

“To the people, let this not fear you [sic], for one thing is certain, the government is scared of the voice of the masses and this incident proves that,” the Ingkings concluded.

As of Tuesday, June 10, Presidential Spokesperson Harry Roque said that Malacañang received the copy of the enrolled Anti-Terrorism Bill, which is now awaiting the signature of the President. – Rappler.com