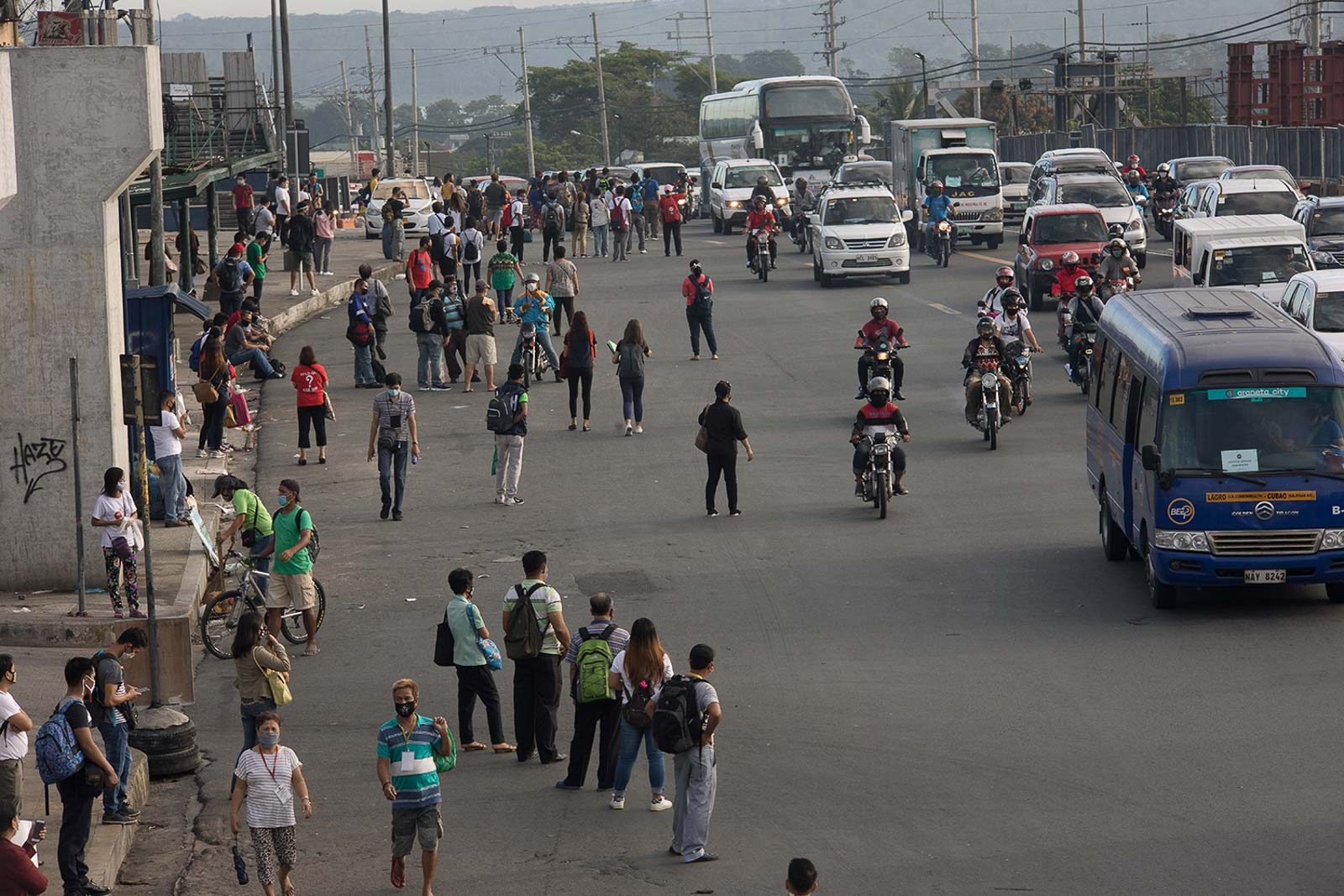 MANILA, Philippines – President Rodrigo Duterte has ordered an extension of the general community quarantine (GCQ) for Metro Manila until June 30.

Presidential Spokesperson Harry Roque announced Duterte’s decision past midnight on Tuesday, June 16, shortly after the GCQ period was supposed to expire for the National Capital Region and a few more areas in the country on June 15.

Since June 1, Metro Manila and several provinces have been under GCQ, a phase that critically allows limited public transportation.

Aside from Metro Manila, the following areas are also under GCQ until June 30:

The rest of the country has been downgraded to modified general community quarantine (MGCQ), which is the loosest quarantine phase where public transportation may resume full-capacity operations, dine-in in restaurants, cinemas and gyms may re-open at half capacity, and public gatherings permitted with limitations.

Ahead of Duterte’s decision, at least 6 local government units appealed to the government’s coroanvirus task force to tighten quarantine restrictions in their areas.

Among these were Cebu City, which recommended a return to a modified enhanced community quarantine, while the provinces of Quezon, Abra, Apayao, Lanao del Sur, and Caraga region wanted GCQ.

Duterte instead placed Cebu City back to the strictest level of lockdown, the enhanced community quarantine, starting June 16.

As of the day Duterte made the decision, Monday, the Philippines recorded over 26,000 confirmed coronavirus cases, including 1,098 deaths and over 6,000 recoveries.

There was also a recent uptick in new cases reported daily. The Department of Health (DOH) attributed this to the recent submission of late-reported deaths and the faster validation of results due to the hiring of new encoders, respectively.

Days before the decison, University of the Philippines experts cautioned against further loosening quarantine restrictions as the country still observed “significant” community transmission.

DOH data examined by the experts showed the Philippines had a reproduction number (R) of 1.2 as of June 11, which means the pandemic was still spreading.

The reproduction number is one measurement of the virus’ spread that looks at the “transmission potential” of a disease or the number of people one positive case can infect.

A reproduction number higher than 1 means a person in that area with a disease can infect more than one person, which indicates that the disease is able to spread more rapidly there. Experts say the goal is to bring the reproduction number way below 1 in order to say the outbreak has been managed.

Experts likewise warned that the rise in new cases in Cebu province shows it is the country’s “second major battleground.” They predicted 11,000 cases in the island province by June 30.

Based on current trends, they projected nationwide coronavirus cases could reach 40,000 by June 30, while the death toll can reach 1,850.

Other bases for decision. Roque earlier said the following were considered in the government’s decision: the case doubling rate or how fast the virus is spreading, as well as the capacity of health care systems to handle severe coronavirus cases and the economy.

The blow to both local and national economy by quarantine measures has been a constant pressing consideration in all government decisions to relax restrictions.

Roque earlier said there was a need to “balance” considerations and ensure health systems can take care of more coronavirus patients “because it’s also important that we reopen our economy.” – Rappler.com