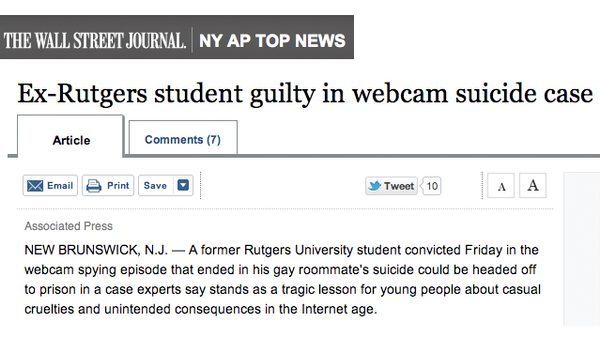 A student is found guilty of  invasion of privacy and anti-gay intimidation, among others, for spying on his room mate, which ended in the other boy’s suicide. The boy’s lawyers argued it wasn’t an act of hatred against gays but the act of an immature kid. The case sparked nationwide discussions on anti-gay bullying, teen suicide and cyber crimes.