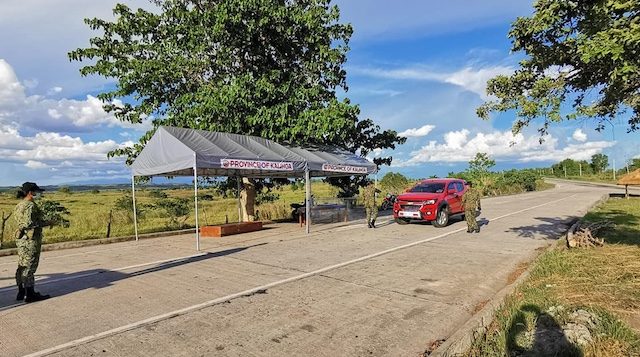 BAGUIO CITY, Philippines – Mountain Province is now the only province in the Cordillera Administrative Region without a COVID-19 case after Kalinga recorded it’s first coronavirus patient – a 30-year-old resident from Tabuk City who tested positive on Wednesday, June 10.

Kalinga has the most stringent border policy to prevent the entry of the coronavirus and is among the earliest to set up its quarantine. But their gates were not enough for the return of residents coming from the outside.

According to Tabuk City Mayor Darwin Estranero, their first case arrived from Manila on June 6 and was part of the Oplan Padatong, a privately-organized initiative that also provided rapid testing while the returnees were in Manila.

Estranero said that the positive case remains asymptomatic and was confined at the Tabuk City Isolation Unit.

Following the confirmation of the province’s first coronavirus case, Governor Ferdinand Tubban asked residents for their cooperation to keep the virus from further spreading.

“The Province of Kalinga has just had its first confirmed COVID-19 positive case. I ask that we all remain calm and circumspect in this time of distress. I also plead that we all cooperate to help in the fight against the virus,” Tubban said in a statement.

Two weeks ago, the provinces of Apayao, Kalinga, and Mountain Province were still coronavirus-free. Now only the latter remained on that list.

The capital town of Ifugao also recorded its first COVID-19 case on Wednesday.

The patient was transferred to the Region II Trauma and Medical Center in Bayombong, Nueva Vizcaya.