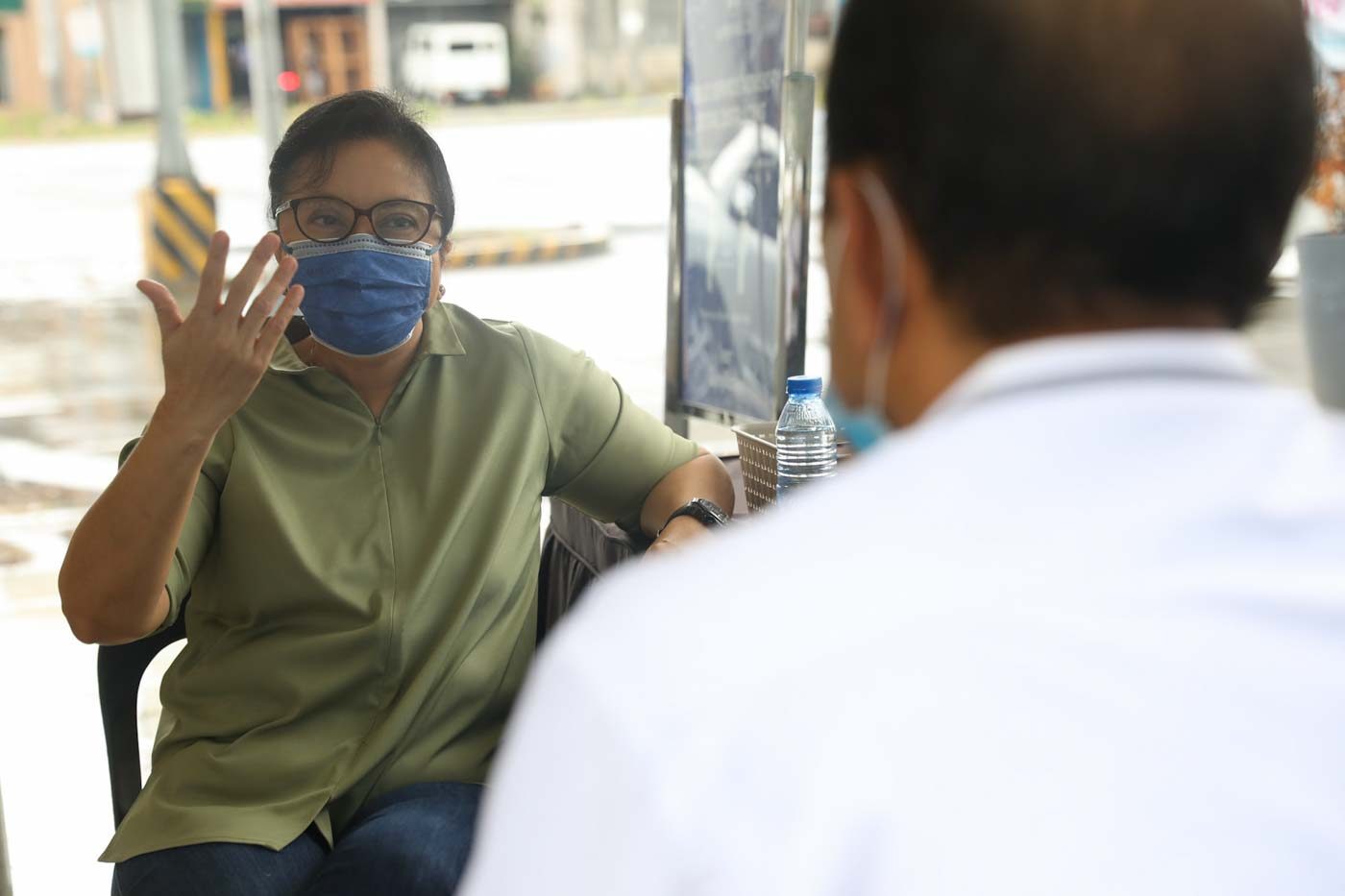 This was the case for Michelle Silvertino, a single mother who waited 5 days on a footbridge in Pasay City for a bus that would take her home to her family in Calabanga, Camarines Sur.

Silvertino, who was found unconscious on the footbridge on June 5, was brought to the Pasay City General Hospital where she was pronounced dead on arrival.

(It’s heartbreaking. If she only knew when she could get a ride, where she could go, this wouldn’t have happened. How many more will end up like her if we don’t fix the system?)

Robredo lamented Silvertino’s situation as she said her office received a call from the Pasay City government on the night of June 4 to inquire about their program to bring home stranded workers.

Silvertino was among those supposed to join the next trip to Bicol scheduled for June 6. Robredo said the local government did not inform her office that Silvertino was sick and nearing death.

(This is what makes me frustrated. I wish we had been informed earlier. We could have helped her.)

(We’ve been saying for a long time that it’s not easy. You need to organize a system [to bring home stranded workers] because those who were hard up before are having a more difficult time now and they wouldn’t demand these things if they weren’t suffering. They were here searching for a better life.)

Robredo also said Balik Probinsya, which is the pet project of Senator Bong Go, caused confusion among local officials and individuals who mistook the program to  be the same as the government’s Hatid Probinsya program.

Balik Probinsya beneficiaries are people who already have homes in Metro Manila but who originally came from the provinces and now want to go back. Hatid Probinsya is a program that helps transport people unable to return to their provinces due to quarantine restrictions.

The Vice President reported her office received numerous calls from people who were confused over whether the government suspended efforts to bring home stranded workers following the government’s decision to halt the Balik Probinsya program.

Like Silvertino, hundreds of other workers have been stranded in the capital region for days to even months, waiting for flights which were repeatedly canceled or for government-arranged transportation. (READ: Stranded because of lockdown? Here’s what you need to know)

(The point is this shouldn’t have happened. Because if people know where to go and when, they wouldn’t have to wait so long for a ride home.) – Rappler.com