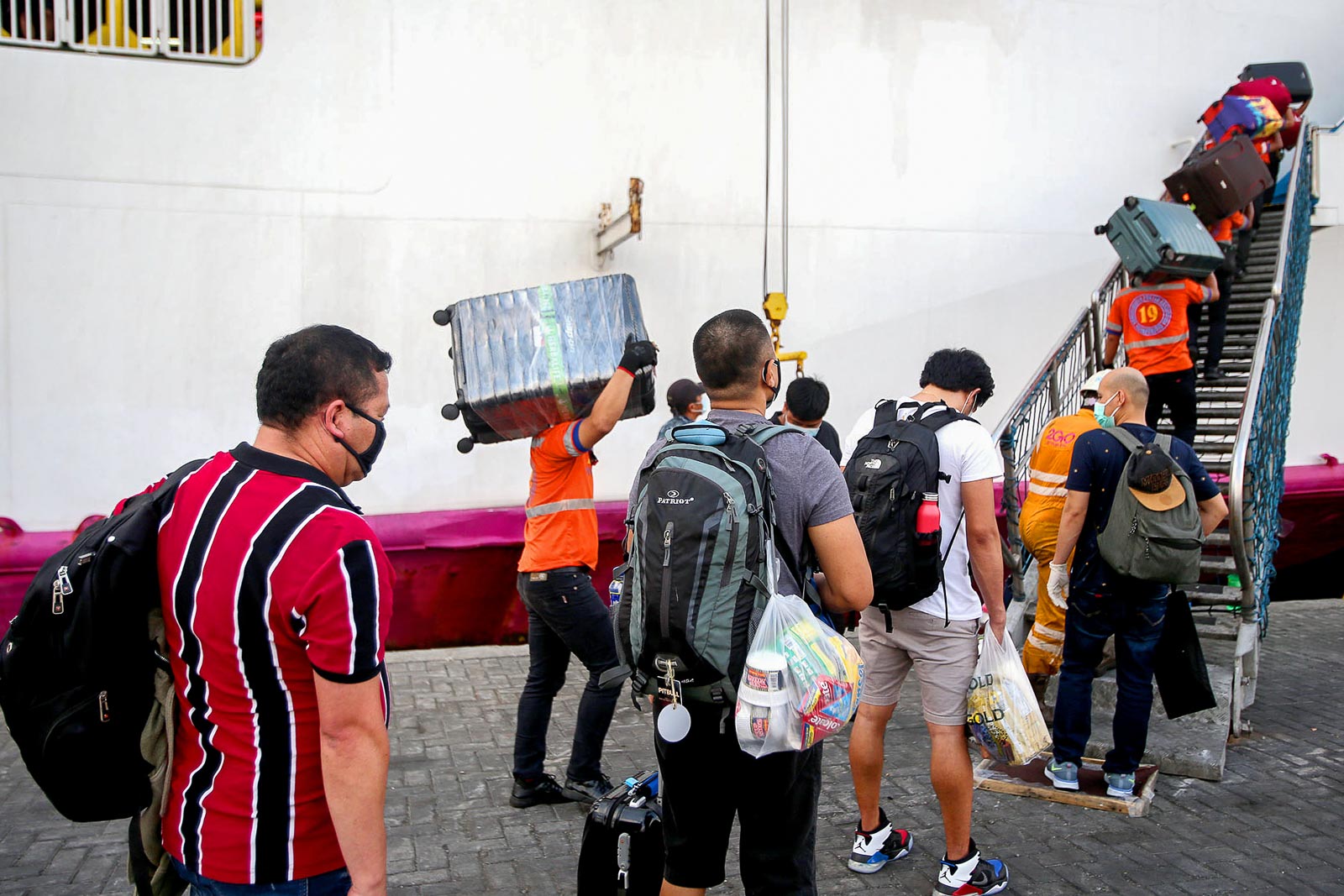 CAGAYAN DE ORO CITY, Philippines – Northern Mindanao and Lanao del Sur have seen a spike in COVID-19 cases since accepting returning residents who were stranded in different parts of the country during the lockdown through the Hatid Probinsya program of the national government.

There were 30 new coronavirus disease cases recorded in Lanao del Sur since June 6, when the provincial government chartered a flight for 124 returning residents from Manila, classified as locally stranded individuals (LSIs) and Returning Overseas Filipinos (ROFs). This was the highest increase in cases in the province in 49 days.

Others arrived in Lanao del Sur, among the country’s poorest and security challenged provinces, onboard flights on June 3, 5, 6, and 7. All of them were taken to different isolation facilities in the province and their local government units (LGUs).

“It is self-explanatory that the current spike [in] cases is due to the government’s program of sending back LSIs and ROFs. The data can speak for itself,” Dr Lorraine Nery, Cagayan de Oro City health officer, said.

Nery pointed out that data from Lanao del Sur, Iligan City, and other provinces are evidence that the spike in COVID-19 cases is due to the Hatid Probinsya Program.

Cagayan de Oro is the designated port for the OFWs from Manila and Cebu who are arriving in Northern Mindanao (Region 10), and are picked up by their respective local government units.

The returning residents are subjected to a Rapid Diagnostic Test (RDT) to detect presence of antibodies. Those who test positive are made to undergo a confirmatory Realtime Transcription-Polymerase Chain Reaction (RT-PCR) test.

Some 80 residents who are in quarantine are still waiting for their confirmatory results.

Zia Alonto Adiong, spokesperson of the provincial IATF, said that there is a need to improve the system of the Hatid Probinsya Program.

Adiong said that LSIs should be required to undergo RT-PCR testing before the actual departure from the place of origin to the place of destination.

“The basic requirement is testing. Apparently, there is also a need to upgrade the testing capacity and the actual testing tool used before certification is issued prior to the departure,” Adiong said.

Adiong added that many of the receiving LGUs do not have adequate medical health facilities to serve the growing number of COVID-19 patients while doing the laborious task of contact-tracing.

“To put it simply, the provincial health system would be overwhelmed. The presence of COVID-19 in a particular area greatly threatens the local residents and its neighboring cities considering the high probability of infection this contagion brings while we lack the necessary tools and manpower to stop it from spreading,” Adiong added.

Adiong said that they do not want to exacerbate the situation and that the provincial government wants to control the contagion as much as they can.

“The national government needs to review and improve the Hatid Probinsiya Program and ensure that more than just sending our brothers and sisters back home, their loved ones who longed for their return would also be safe from the risk of infection,” Adiong added.

Lanao del Sur is not the only province in Mindanao that saw a spike of cases of COVID-19 virus.

The Lanao del Norte provincial IATF also recorded one new case, an OFW who returned from Saudi Arabia. The OFW arrived in Manila on May 23, was swabbed on June 2 in Manila, and was found negative.

The OFW arrived in Lanao del Norte on June 9 and was subjected to a RDT which turned out positive, prompting the provincial health office to conduct a confirmatory test that showed he was positive for the virus.

“The patient is currently admitted at our Old Kapatagan Provincial Hospital for close monitoring of his health condition. The provincial government is serious and sincere in handling the matter to protect the security and health of the residents of Lanao del Norte,” a statement from the provincial IATF said.

Misamis Oriental also recorded its first 3 cases of the virus from an OFW and LSI who returned home last week. The OFW, a resident of Libertad town, arrived home last June 6 via Laguindingan Airport. He had a cough and sore throat and was subjected to a swab test on June 11. His test confirmed he had the coronavirus.

A year-old child and her father also tested positive when they arrived in Gingoog City last week. Gingoog Mayor Erick Cañosa said that the father, a construction worker in Manila, arrived in Cagayan de Oro with his wife and daughter onboard a 2GO vessel at the port of Macabalan here on June 10.

“The wife tested negative of the virus, but the baby and the father tested positive,” Cañosa said.

The Department of Health in Region 10 recorded 48 cases of COVID-19 across the region.

On its June 14 COVID-19 briefer, the DOH Region 10 said that 3 new confirmed cases were recorded in Cagayan de Oro City. Of the ROF/LSI cases, 3 were in Misamis Oriental, 6 in Misamis Occidental, 5 in Bukidnon, and 1 in Lanao del Norte. – Rappler.com