Major Gideon Ines Jr, Makati Police Investigation Unit chief, said they arrested 15 Cameroonians and one Nigerian, and that police “retrieved one plastic sachet with shabu” during the raid.

Makati police led by Ines raided the Evolution bar in Barangay Poblacion at 6 pm on Wednesday, after the establishment’s neighbors complained to cops about the presence of the group at the bar when the city was still under general community quarantine (GCQ).

Bars are among the establishments that are not allowed to operate under GCQ. (EXPLAINER: What happens under general community quarantine?) 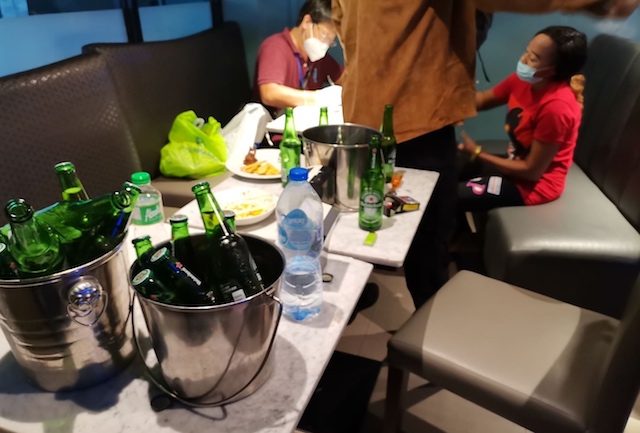 Ines said that aside from the sachet with shabu, the police also seized beer bottles as evidence that the group was “partying.”

Police said the bar owner was not around during the raid.

The 16 are detained at the Makati Police headquarters. – Rappler.com