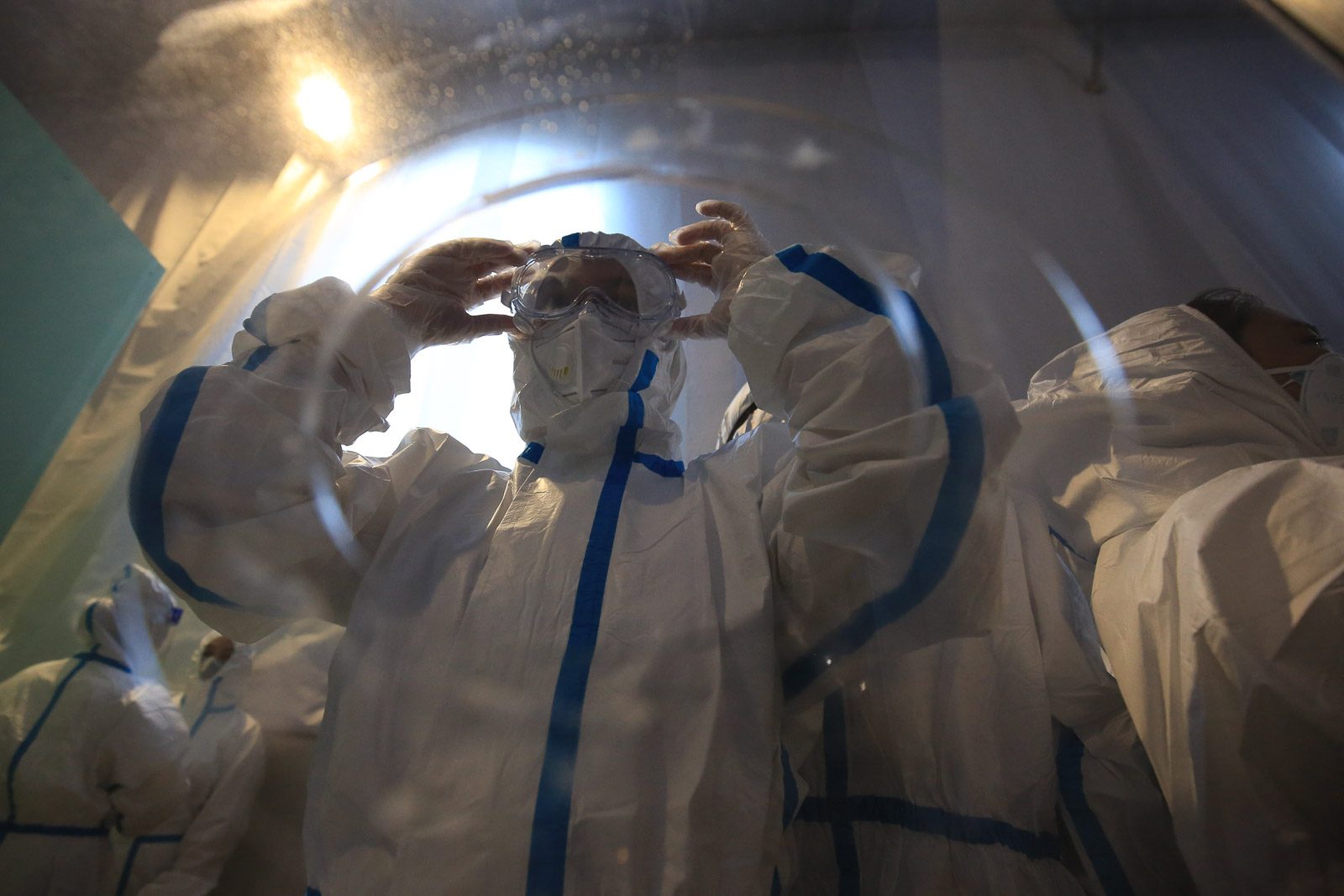 MANILA, Philippines – Malacañang likened coronavirus frontliners to Philippine hero Jose Rizal on his 159th birth anniversary on Friday, June 19, which is being commemorated in the middle of the country’s struggle against the COVID-19 health crisis.

“This occasion reminds us of Dr Rizal’s young life dedicated to service, which rings a bell in these challenging times,” said Presidential Spokesperson Harry Roque in a statement.

“We are proud to see today modern-day heroes – our courageous frontliners – who rise up to the challenge and serve as beacons of hope to a people weary and fearful of the present global scare,” he continued.

Rizal himself was a doctor, specifically an ophthalmologist, who practiced in his own eye clinic in Hong Kong during a self-imposed exile in the early 1890s. Later on, he also put up a hospital while exiled in Dapitan, Zamboanga.

“The life of our greatest national hero is a testament of how a single person’s deep love for his country could spark the re-awakening of our forefathers’ desire for freedom and change,” said Malacañang.

The Palace also called on Filipino youth to walk in Rizal’s footsteps so they may “emulate his principles to be agents of genuine transformation for a better Philippines.”

Medical frontliners have been hailed as heroes by government and citizens but have also faced discrimination and even harassment from persons fearing they bring the virus.

This has prompted government officials, including President Rodrigo Duterte himself, to threaten arrest for anyone who will harm health workers.

But it was also Duterte’s government that banned health workers from leaving the country, citing the need for a medical labor force for the pandemic. (READ: ‘Underpaid, overworked, unappreciated’: PH deployment ban scars nurses during pandemic)

Many health workers slammed the decision, calling it “involuntary servitude.” The government later on relaxed restrictions, allowing health workers with contracts as of March 8 to leave.

It also took over two months for the Duterte administration to give health workers affected by the disease the compensation promised to them by law.

It took a presidential outburst  to push the Department of Health to finally distribute the assistance. – Rappler.com