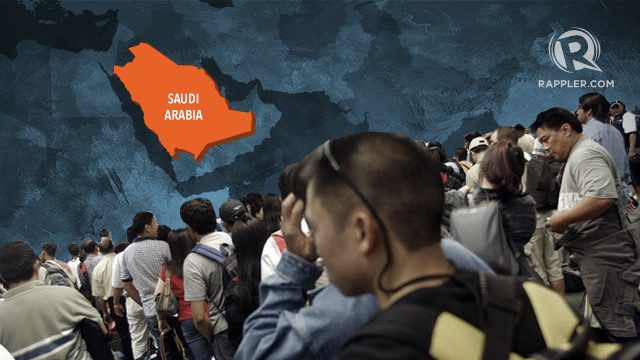 MANILA, Philippines – Saudi Arabia asked the Philippines to bring home the remains of over 200 overseas Filipino workers (OFWs) – 50 of whom died due to the coronavirus – by Wednesday, June 24, Labor Secretary Silvestre Bello III said on Sunday, June 21.

“We received communication from King Salman of the Kingdom of Saudi Arabia and they gave us 72 hours to bring home our dead. ‘Yun ang problema natin (That’s our problem), there are about 282 of our dead OFWs. Ang pinakamasama diyan (What’s worse is), 50 of them died of COVID-19,” Bello said during an interview with DZMM.

It was unclear what the cause of death of the 232 other OFWs were.

Bello added that Saudi Arabia requested the repatriation of the Filipino workers’ remains as cremation services are prohibited.

Despite this, Bello said the government coronavirus task force decided the remains of the 50 OFWs who died from COVID-19 will be buried in the Gulf state.

Meanwhile, the bodies of the 232 other OFWs will be brought home gradually, as Saudi Arabia is also on lockdown and has limited flights going into and out of the country. Bello said the labor department is planning to charter 3 flights to bring home the bodies of the deceased OFWs.

Figures from the Department of Foreign Affairs show that the Middle East, which includes Saudi Arabia, has the highest number of Filipinos with COVID-19. As of Sunday, nearly 4,000 Filipinos were counted among those positive for the disease, while 236 have died.

The Middle East has the largest number of Filipino workers, with figures from the Philippine Statistics Authority showing Saudi Arabia as the most preferred destination of OFWs. One out of 5 OFWs or 22.4% worked in the country during the period of April-September 2019.

In a statement on Sunday, Malacañang said it commiserated with the families of the 282 deceased OFWs.

“We offer our prayers to the deceased and to those they left behind,” Presidential Spokesperson Harry Roque said.

The Palace gave assurances that concerned government agencies have been directed to extend assistance to the workers’ families. – Rappler.com