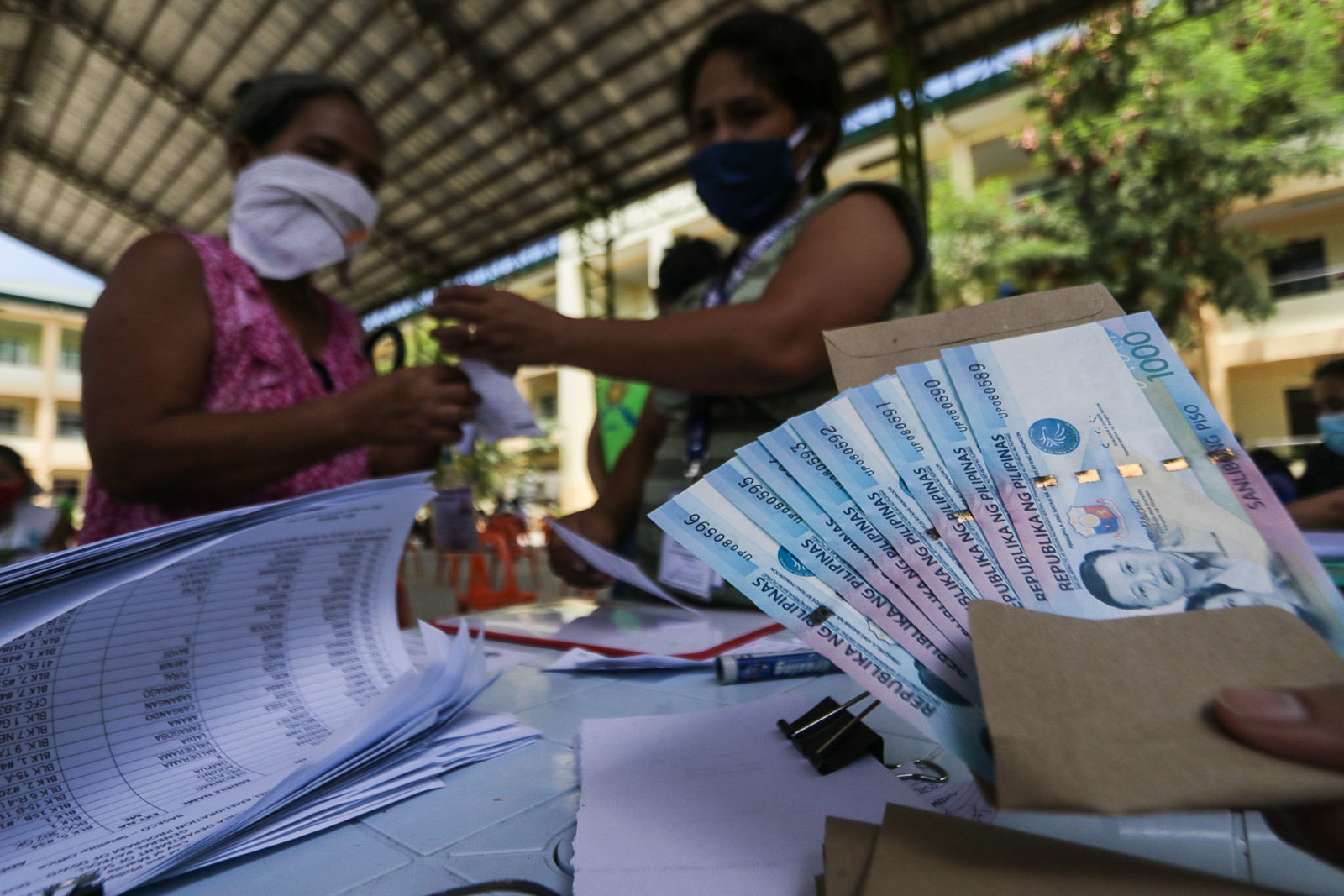 MANILA, Philippines – Ranking congressmen fumed at Department of Social Welfare and Development (DSWD) regional directors, accusing them of delaying with unnecessary red tape the distribution of assistance to poor Filipinos affected by the coronavirus pandemic.

No less than Speaker Alan Peter Cayetano said during a House investigation on Monday, June 22, that 4 regional directors were “guilty” of the delays in various DSWD assistance programs in the middle of the COVID-19 crisis.

(How many are guilty and how many are innocent of the constant back and forth for the needed requirements? So far, I’ve identified 4 regional directors. The others have performed well, and I think you’ve already removed one, right?)

Cayetano, who represents the first district of Taguig City-Pateros, said that on March 25, his office coordinated with DSWD NCR, which promised to provide 50,000 food packs for qualified families in Taguig and Pateros. But when the first 1,000 food packs arrived, the rice inside were already rotten.

This prompted Cayetano to suggest the drafting of a memorandum of agreement (MOA) between DSWD NCR and the Taguig City local government unit (LGU) to allow the latter to handle the funds, since the LGU would be “faster” in repacking the food packs.

Cayetano said it took weeks of back and forth with the DSWD NCR regional director to fix the MOA, yet the document is still not yet finalized as of Monday.

(One week, back and forth, yet it still couldn’t be solved. You know, RD, if you had just sat down with our city administrator and my chief of staff, you would have finished this in one hour! But no, it’s all about bureaucracy with you, constant back and forth!)

Later in the hearing, Cayetano and House committee on public accounts chair Abraham Tolentino slammed the DSWD over the confusion in implementing the emergency subsidy program (ESP) and the Assistance to Individuals in Crisis Situation (AICS) program.

The Bayanihan to Heal as One Act mandates the ESP to be given to 18 million poor Filipino families as relief from COVID-19. The AICS, on the other hand, is DSWD’s longtime program providing protective services, including financial assistance, for the poor and disadvantaged sectors.

This means individual members of a poor Filipino household could still get their cash aid under AICS even if their family is already covered by the Bayanihan law.

DSWD Undersecretary Aimee Neri admitted that after receiving various complaints on the ground, the central office had to send out two memoranda reminding regional directors that the two programs are supposed to be separately implemented.

“My office received a lot of complaints coming from different congressmen, different field offices. That’s why we had to send another memorandum to the regional directors regarding the previously issued memo,” Neri said.

“The legal service stated in the legal opinion that there should be no conflict in the implementation of the regular AICS and the AICS-ESP since the latter is but a temporary measure authorized to be exercised by the President during the quarantine period,” she added.

Cayetano then reminded regional directors to listen to their higher-ups.

The Speaker also raised an issue about AICS in General Santos City, whose mayor Ronnel Rivera sought help in providing aid to overseas Filipino workers who flooded back to the city through the now-suspended Balik Probinsya program.

The Speaker then talked to Neri, who said on April 28 they “can deliver P20 million” to General Santos City for the said assistance.

But on May 20, the fund had not been transmitted to the LGU. It was only on June 15 when the General Santos City LGU found out the funds were transmitted “but it was under a different name.” Cayetano said the DSWD central office pinned the blame over the mix-up to DSWD Soccsksargen.

(Why would you wait from May to June to find out the name? The Speaker’s office was the one requesting already! What more if it’s Juan dela Cruz or Maria who made the call?…. On June 19, the DSWD central clarified that the confusion was due to the Region 12 field office.)

In Cavite, Tolentino also complained that DSWD Calabarzon implemented the same rates for the ESP and AICS, leading to fewer beneficiaries.

DSWD Calabarzon regional director Lucia Almeda then said they were supposedly advised by the central office to implement similar rates for the two subsidy programs to avoid comparisons among beneficiaries.

(We consulted during our weekly video call with the central office that whenever we will have to transfer money using the regular AICS fund, it should follow the regular emergency subsidy scheme to avoid comparisons among beneficiaries, to avoid questions such as why one beneficiary got P6,500 while another got a lower amount.)

But Tolentino did not buy this.

(I cannot accept Almeda’s answer because in my distrcict, there’s no policy that the ESP and AICS are the same.)

As of 5:30 pm on Monday, the other DSWD regional directors have not been given the chance yet to respond to the claims made against them. The hearing is still ongoing as of this posting. – Rappler.com