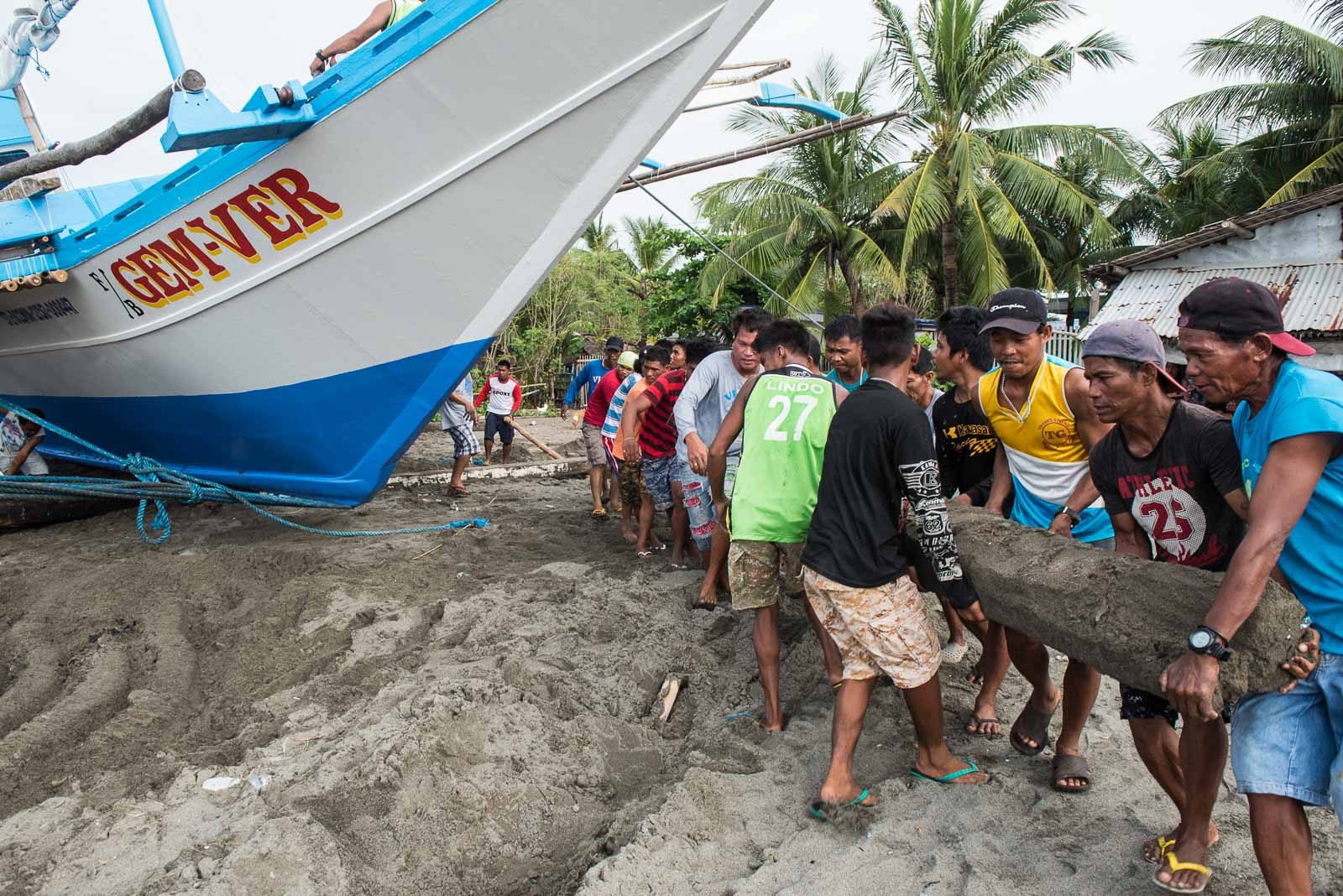 Facebook Twitter Copy URL
Copied
12 months and 13 days after Filipino fishermen were left floating at sea, Philippine officials say they will reach out to the owners and crew of fishing boat Gem-Ver to help them claim damages for the sinking of their vessel

MANILA, Philippines – The owners and fishermen of fishing boat Gem-Ver had tried every outlet they could access to request that the Philippine government help them file a case against the Chinese who sank and abandoned them in the West Philippine Sea in June 2019. It took over a year until officials from the Duterte administration finally moved to help them.

Foreign Secretary Teodoro Locsin Jr on Monday, June 22, vowed to raise with the Chinese government the Chinese ship owner’s earlier offer to compensate the 22 Filipino fishermen and owners of Gem-Ver, which was rammed and left in pieces near Recto Bank (Reed Bank) on June 9, 2019.

“China has responded, they said it is the fault of the Chinese vessel and the question is the damages and now that you mentioned it, okay, I’ll bring it up again,” Locsin said, referring to the Chinese government, in an interview with ABS-CBN News’ Headstart on Monday.

What happened to Gem-Ver? Rappler first reported on June 9 that the owners and crew of Gem-Ver had yet to receive any payment for their losses despite the government’s earlier commitment to help them claim these from the Chinese.

The owner of the Chinese ship first offered to pay the fishermen in a public apology issued on August 28, 2019. The apology was made on the same day President Rodrigo Duterte was set to leave for China for an official visit, where he was scheduled to meet Chinese President Xi Jinping.

After spending about P2.1 million on repairs, the Dela Torre family – who are Gem-Ver’s owners – had hoped any damages they could claim would stop their financial bleeding. The Dela Torres have since had to repair Gem-Ver a second time after Typhoon Ursula toppled the ship and damaged it last December 25.

In a statement sent to Rappler on Monday night, former foreign Secretary Albert Del Rosario said it “behooves us (the Philippines) to find ways to hold China’s leadership accountable.”

What needs to be done: Sources earlier told Rappler the Chinese ship’s owner, through the Chinese government, recently raised the matter with the Philippines, though any action has yet to take place. Locsin confirmed this on Monday, tweeting that China offered to help “several times.”

“The Chinese want to help but they need for us to respond to them. We’ve ignored them since the story ceased to be interesting to us…. Well the fault is with us,” he said in another tweet.

Locsin added the Chinese embassy likewise “pleaded with him to take it up finally.”

Ok, the Chinese embassy is pleading with me to take it up finally. I will. But that may not be DFA's remit or some other excuse. You know, we're Filipinos; we like to take on big issues but we really can't be bothered with the minutiae of their solution when it's offered to us. https://t.co/i8WswZdj1D

Locsin, meanwhile, added the Department of Justice has yet to determine the exact amount of damages that will be claimed by the fishermen. Despite this, he expressed “tremendous confidence” the agency will come up with it “very soon.”

Justice Secretary Menardo Gueverra on Monday said the DOJ will be “happy to help.”

“I don’t remember that the DOJ was tasked before to determine the amount of compensatory or other civil damages, but since Secretary Locsin mentioned it, we’ll be very happy to help,” Guevarra told reporters.

Guevarra said he had instructed the provincial prosecutor’s office nearest the place of residence of the fishermen in San Jose, Occidental Mindoro to gather the “necessary information.”

“We’ll determine that amount and submit it to the DFA ASAP,” he added.

Defending Filipinos’ rights. The sinking of Gem-Ver in Recto Bank (Reed Bank) has been one of the biggest crises to hit President Rodrigo Duterte’s presidency. The event put a spotlight on his policy on the West Philippine Sea and tested his vaunted strong ties with Beijing.

It’s also been one of the most heated issues in the maritime area since the Scarborough Shoal standoff in April 2012 that prompted the Philippines to file – and win – its historic case against China. – with a report from Lian Buan/Rappler.com