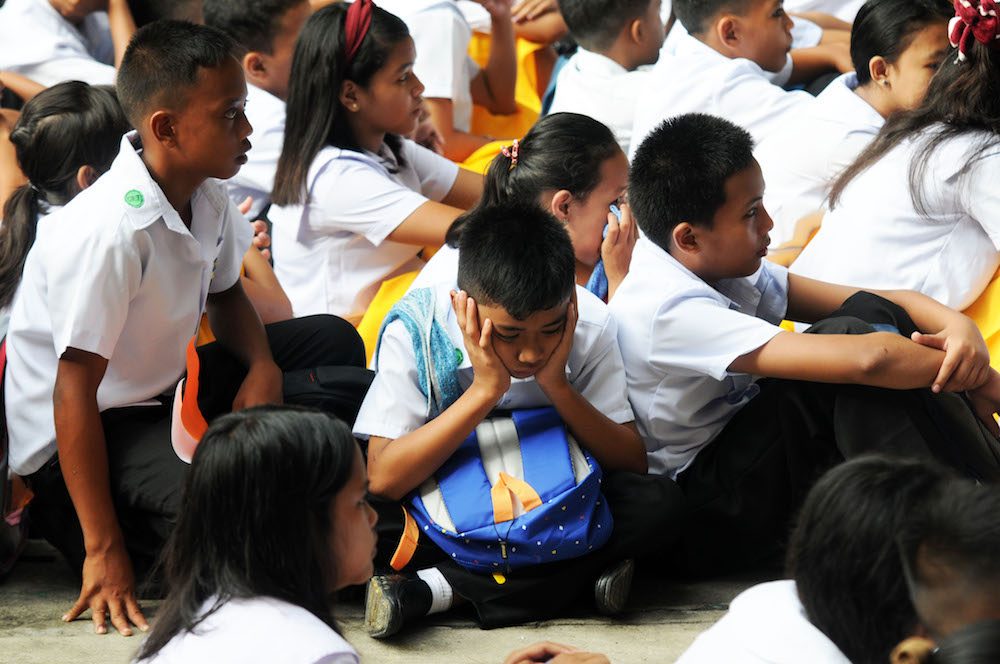 Facebook Twitter Copy URL
Copied
A Department of Education official tells a Senate panel that so far, 300,000 of the country's 800,000 public school teachers have been trained for distance learning, with just two months left before the opening of classes

MANILA, Philippines – With two months to go before schools open on August 24, only 40% of the country’s public school teachers have been trained for distance learning, a Department of Education (DepEd) official told a Senate panel on Thursday, June 25.

At the Senate hearing on Philippine education under the “new normal” or amid the coronavirus pandemic, Senator Sherwin Gatchalian asked the DepEd how many teachers were at that time “ready to teach under distance learning.”

DepEd Undersecretary Diosdado San Antonio said that some 300,000 teachers have so far been trained. This represented less than half or just 40% of the country’s more than 800,000 public school teachers.

San Antonio said that the DepEd aimed to finish preparing teachers by July through  training at the National Educators Academy of the Philippines.

During the hearing senators expressed concern about the readiness of the country for distance learning.

Gatchalian, chairman of the Senate basic education committee, said distance learning preparations and training should not be done “in haste” as this would disadvantage both teachers and learners.

“This pandemic has demonstrated that our teachers are not equipped and not trained for distance learning. Doing it in haste is not the best way because we will leave a lot of details, and we will not get the full optimum level of teaching when we do it in haste,” he said.

Senator Nancy Binay, for her part, said mapping of the accessibility of different modes of learning in different areas in the country should be prioritized. She said this after finding out that this was not being done yet.

Citing Bukidnon and the Cordillera region as examples, Binay said that these areas do not have strong internet connectivity so teachers should not be trained for online teaching.

Binay also asked about the status of the self-learning modules (SLMs) to be distributed to students.

DepEd Undersecretary Tonisito Umali said in response that the printing of self-learning modules “would not yet happen in June.”

Umali said the SLMs needed for first quarter of the school year are ready for printing, and that DepEd targetted printing by July. He assured the panel that everything “will be ready by August 24.

Parents and students pointed out that the coronavirus lockdown affected household finances, and many Filipinos don’t even have access to a computer or the internet. President Rodrigo Duterte himself doubted the country’s capability to implement distance learning. (READ: Duterte on DepEd’s distance learning: ‘I don’t know if we’re ready’)

Despite calls to delay the school opening, the DepEd said that its preparation for distance learning approach was “underway.” (READ: Teachers’ group wants class opening delayed to January 2021)

With two months left before class opening on August 24, DepEd has yet to release specific guidelines on how distance learning will work.

As of Thursday, DepEd said that over 14 million public and private schools students have signed up for the opening of classes.

The initial enrolees, however, is just a little over half of last year’s 27.7 million students.