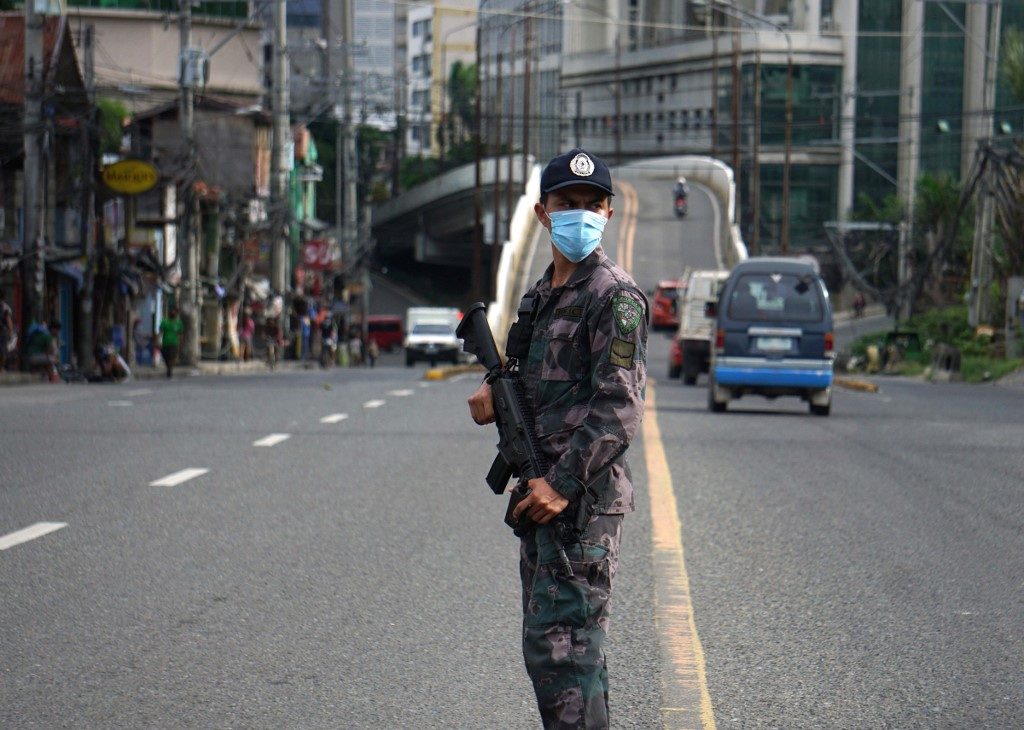 CEBU CITY, Philippines – Barely in his first week as overseer of the coronavirus response in Cebu City, Environment Secretary Roy Cimatu ordered a total lockdown of a dozen barangays here.

The former chief of the armed forces said no one can enter or leave  during the hard lockdown of the following barangays:

Cimatu made the announcement Thursday, June 25, in a press briefing via Zoom with Manila reporters. It was confirmed by the local government of Cebu City, through Mayor Edgar Labella’s spokesperson Rey Galeon.

These barangays recorded the highest number of coronavirus infections in the city so far, based on the report of the national COVID-19 Inter-Agency Task Force (IATF).

There are no detailed numbers of infections per barangay in the city government records after the Cebu City Health Department withheld the information from its official social media pages. The data per barangay were concealed when the confirmed cases  jumped to the hundreds.

The CCHD explained they removed the itemized barangay totals to ensure that residents of those areas would not be “stigmatized.”

Rappler reached out to Cimatu to request for more details about the lockdown, but has not yet received a response as of this posting.

Guidelines on the total lockdown have not yet been released by the local government of Cebu City nor the national IATF.

Residents of barangays and sitios previously placed under total lockdown were not allowed to leave their homes. Food and other provisions would be delivered to them. Those who tested positive for the virus were separated and moved to the barangay isolation center.

No less than President Rodrigo Duterte announced  the deisgnation of Cimatu to spearhead the fight against the COVID-19 pandemic here.

When Cimatu was given his marching orders on Monday evening, June 22, Cebu City had the highest number of coronavirus cases in the country at 4,449.

“I am just sad that Cebu has to undergo that kind of painful situation,” Duterte said.

Earlier on Thursday, Interior Secretary Eduardo Año said IATF called for the deployment  of more soldiers and police, including elite members of the Special Action Force (SAF) , to help seal off the 12 barangays.

Año said this was necessary to augment the manpower of local Cebu police given the stricter measures under ECQ. (READ: SAF troopers, more soldiers to enforce Cebu City lockdown)

“We were informed that the highest number of barangays would be placed under total lockdown after the IATF’s closed door meeting with Central Command,” Galeon said.

“Our officials from the Department of Health, CCHD, and the IATF,  met behind closed doors to discuss how to contain the virus,” Galeon added.

The CCHD reproted 70 new infections on Thursday, with 19 new deaths and 79 recoveries. As of this posting, there are now 4,609 infections in Cebu City.

As of Wednesday, June 24, there were 32,295 confirmed coronavirus cases in the Philippines, including 8,656 recoveries and 1,204 deaths. – Rappler.com