Jun 25, 2020 8:40 PM PHT
Rambo Talabong
Facebook Twitter Copy URL
Copied
Cops ask for dzBB reporter Mark Makalalad's ID and demand that he ask for their permission when he does live reports. Their demands have no basis. 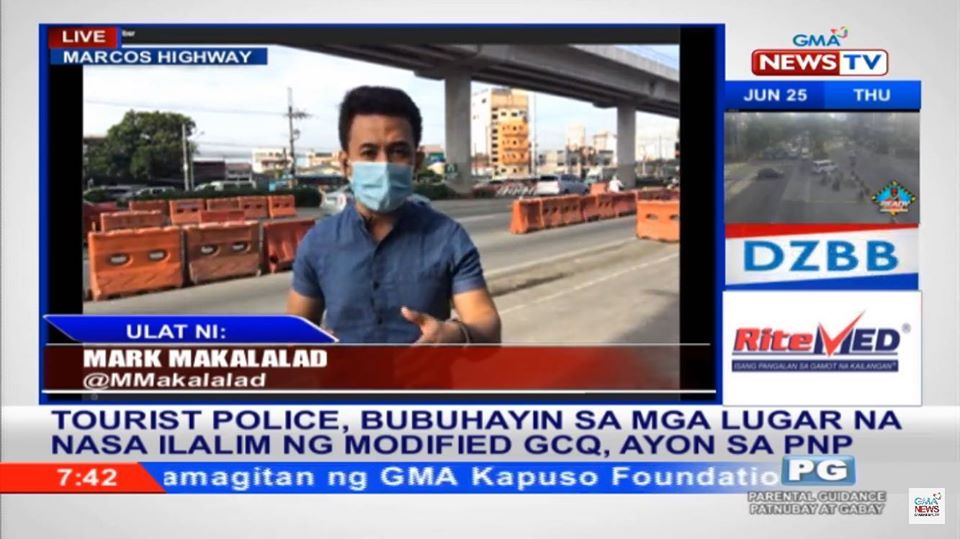 In a Facebook post, dzBB reporter Mark Makalalad recounted that he was approached by 4 policemen, asking him, “Sir, media ka ba? Patingin ng ID mo?” (Sir, are you a member of the media? Can we see your ID?)

Makalalad responded that he left his ID inside their news cab, which was parked by the nearby checkpoint.

The reporter responded that he had been doing live reports in different areas in Metro Manila and had never encountered a cop demanding that he asks for permission.

There is no order from the Philippine National Police (PNP) to require media personnel to ask for cops’ permission before going live.

The cops apparently insisted, “Kailangan ‘nyo po ng coordination kasi vinideo-han ‘nyo po kami.” (You needed to coordinate with us because you took a video of us.)

Makalalad, however, did not take a video of the cops, because, as he said, his story was the traffic situation. He even showed the cops his clips just to prove it to them.

“I felt bad kasi napagbintangan ako (I felt bad because I was accused of something I did not do),” he said.

Makalalad asked the cops if they had done the same to him if he wasn’t a journalist.

“Sumagot ‘yung isang pulis, ‘Baka kasi, sir, kalaban ka,'” Makalalad said. (One of the cops replied, “You might be an enemy.”)

The encounter ended peacefully, but Makalalad had to double-check with Lieutenant General Guillermo Eleazar – the cop in charge of implementing quarantine rules – whether what the cops had told him had basis. Eleazar said there was none.

Rappler has sought the comment of the PNP through its spokesman, Brigadier General Bernard Banac, but he has yet to reply as of posting. – Rappler.com