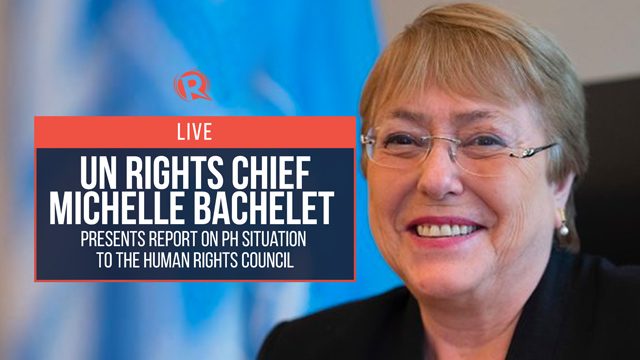 The UN Office of the High Commissioner for Human Rights also found that local systems have so far failed in exacting accountability for the killings in Duterte’s war on drugs, which has led to the death of more than 27,000 in both police operations and vigilante-style killings. (READ: The Impunity Series)

The presentation during the UN HRC’s 44th regular session will be followed by an interactive discussion with Bachelet, member-states, the Philippines’ Commission on Human Rights, and other civil society organizations. The Philippine government’s delegation is also expected to deliver its statement.

The stream will begin at 4:30 pm, Tuesday, Manila time.

The report followed a resolution adopted by the UN Human Rights Council in July 2019, which asked UN rights chief Michelle Bachelet to write and present the report to the UNHRC 44th Session this June.

Bookmark this page to watch the discussion live. – Rappler.com