U.N. rights chief: Duterte drug war ‘without due regard for the rule of law’ 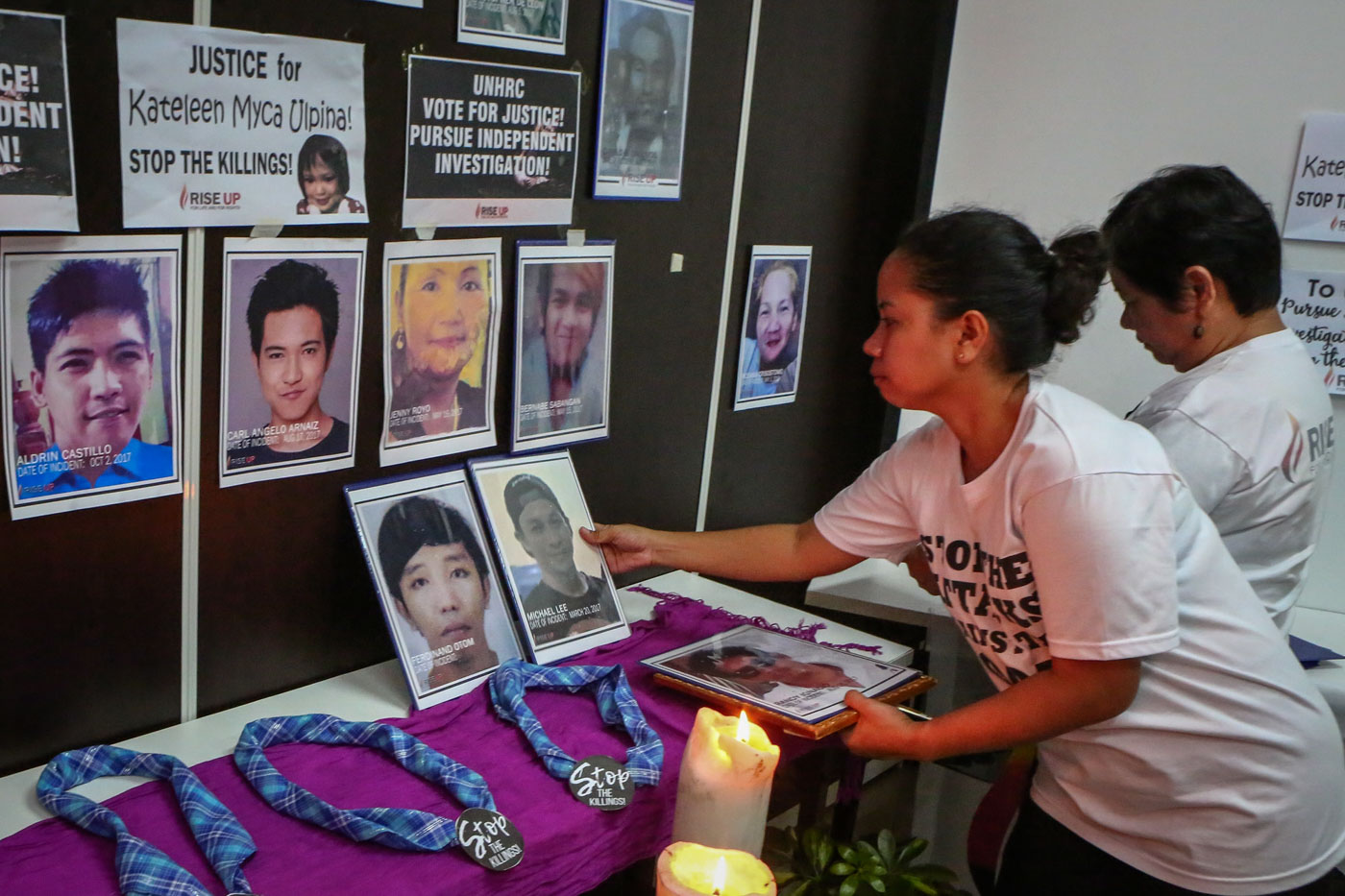 In a statement delivered before the 44th session of the Human Rights Council (HRC), Bachelet said that the ongoing killings have been “widespread and systematic”.

“The campaign against illegal drugs is being carried out without due regard for the rule of law, due process and the human rights of people who may be using or selling drugs,” she said.

The report followed a resolution adopted by the UN Human Rights Council in July 2019.

In the report, the UN rights office said that local systems have so far failed in exacting accountability for the killings in Duterte’s war on drugs, which has led to the death of more than 27,000 in both police operations and vigilante-style killings. (READ: The Impunity Series)

A Rappler analysis published in 2019 also found that the government has let thousands  of killings go unsolved.

“We also found near-total impunity, indicating an unwillingness by the State to hold to account perpetrators of extrajudicial killings,” Bachelet said. “Families of the victims, understandably, feel powerless, with the odds firmly stacked against justice.”

The UN rights office calls on the Philippine government to fulfil its obligation to conduct investigations into the grave violations. If not, the HRC should consider “options for international accountability measures.”

“I hope the report will mark the beginning of the end of impunity for serious human rights violations in the Philippines,” Bachelet said.

“The families of victims, and the country’s courageous human rights defenders, count on the international community for help to address these ongoing and serious human rights issues – and for the Council to rise up to its prevention mandate,” she added.