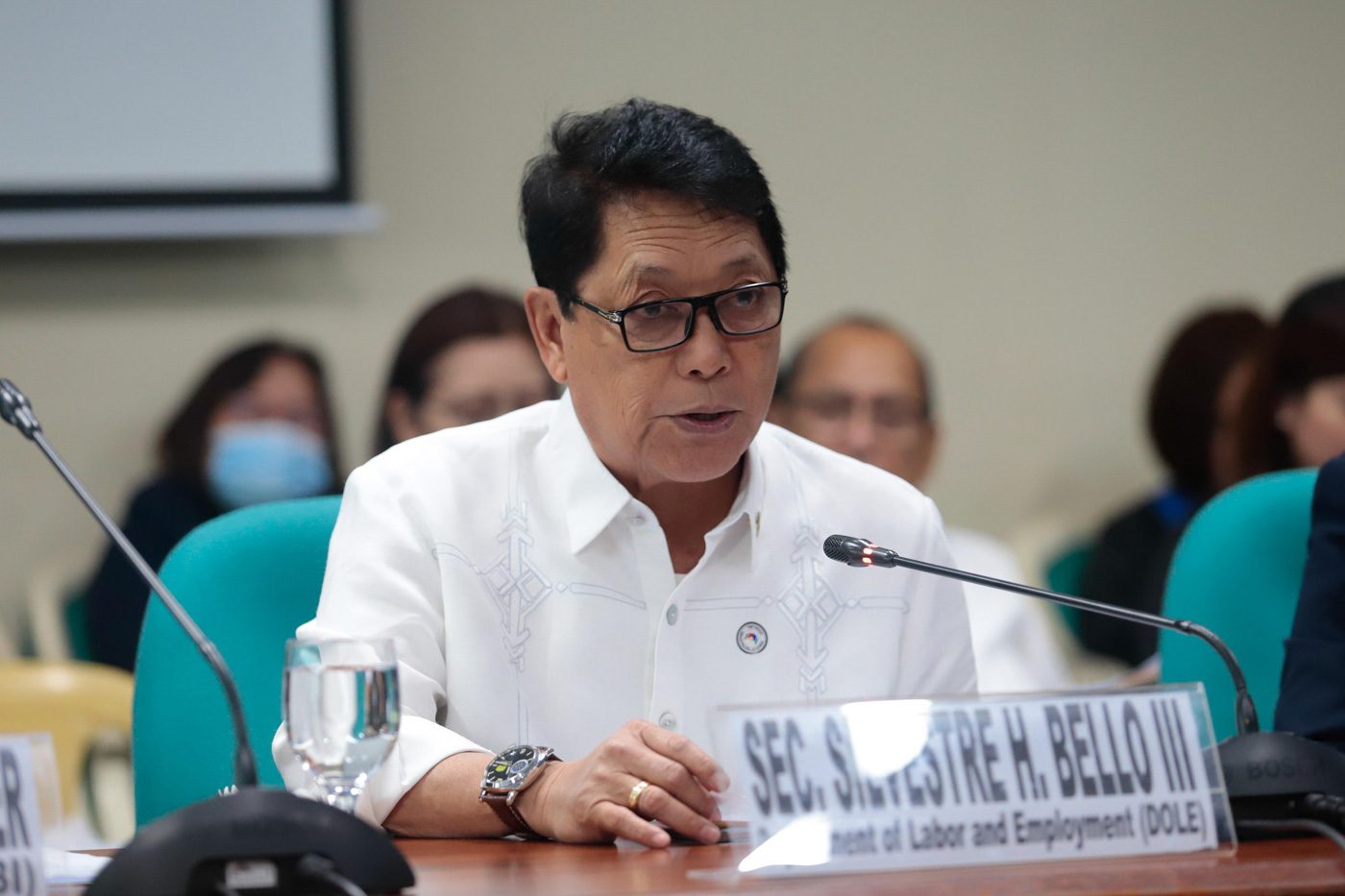 MANILA, Philippines – Labor Secretary Silvestre Bello III said on Wednesday, July 1, that Overseas Filipino Workers (OFWs) who have reportedly sold blood in Saudi Arabia to make ends meet are only doing so for luxury spending like going out and drinking.

(Some of our countrymen want so bad to send their income to their families in full that if they want to go out or drink, what they do is sell their blood.)

Bello was responding to a report on GMA News where OFWs in Saudi admitted to have sold their blood just to buy food. They are OFWs who have lost their jobs there due to the pandemic.

(That’s how we are as Filipinos, we are willing to sacrifice anything for our familes. In fact even here in Manila, some people do that, if they want to drink, they sell their blood, that’s really the situation but that’s isolated.)

Bello also earlier downplayed reports that some OFWs in Saudi were scavenging for food, saying that what the Filipinos were doing were getting food items rejected by grocery stores.

Bello said Filipinos would not scavenge food because they are “honorable and dignified.”

Bello said they have only until July 4 to repatriate the remains of 274 dead Filipinos in Saudi.

There have been a total of 301 Filipinos who died in Saudi, but 27 have either been buried in Saudi or were already sent home.

(By July 4 we have to be able to bring them home because if not, the Saudi government will bury them there, so we are doing our best to meet all the requirements.)

Bello said they have P700 million left for the repatriation and the P10,000 one-off financial assistance to displaced OFWs but that they would be asking for more budget from President Rodrigo Duterte as they expect to repatriate 500,000 more. – Rappler.com