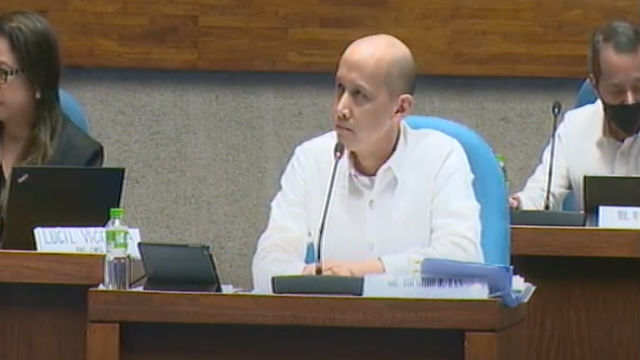 Tan debunked these allegations during the 10th joint House committee hearing on the alleged violations of ABS-CBN Corporation in the terms of its now-expired franchise on Wednesday, July 1.

House Minority Leader and Manila 6th District Representative Bienvenido Abante Jr asked Tan if there was any truth behind the allegation that ABS-CBN has been using Big Dipper to evade taxes.

“Your honor, it’s not true. Big Dipper is not a tax avoidance scheme,” Tan said, explaining ABS-CBN Corporation is one of the clients of Big Dipper, an IT-enabled company that provides media asset management services like converting analog video materials to digital format.

“It’s in a different line of business, as we’ve mentioned. It’s an IT-enabled firm that does specific services for ABS and for other companies so that we can bring our content to the market here and abroad, so hindi po ‘yan tax-avoidance scheme (so that’s not a tax avoidance scheme),” said Tan.

It was Deputy Speaker Rodante Marcoleta – who has made it his mission to bring down the media giant – who first made the accusation against Big Dipper.

The company is registered with the Philippine Economic Zone Authority and is therefore qualified for tax incentives. Marcoleta had argued in previous hearings that ABS-CBN supposedly used Big Dipper as a tax shield, which he argued allegedly led the network to record a negative 5% effective tax rate in 2018.

But a Rappler fact-check story already debunked this, as ABS-CBN’s 2018 audited financial statement showed they had an effective tax rate of 4% for that year, not negative 5%.

On Wednesday, Tan once again said Marcoleta’s claim is false.

“Again, as we have mentioned, the negative 5% that was being referred to does not represent the taxes that we paid for that year. The negative 5% or negative P4 million is actually an accounting recognition of potential future tax benefit, taxes that may be recovered in he coming years,” he said.

Bureau of Internal Revenue (BIR) officials repeatedly told lawmakers during the hearing that ABS-CBN and its subsidiaries have consistently paid their taxes. The same goes for Big Dipper.

“They have paid more or less correctly their taxes, your honor,” said Albino Galanza, BIR regional director for Revenue Region No. 7A in Quezon City.

Lingkod Kapamilya Foundation not a tax shield, too

Another member of the House minority bloc, Deputy Minority Leader Carlos Zarate of Bayan Muna, also asked ABS-CBN to respond to claims that it is using the Lingkod Kapamilya Foundation as an alleged tax shield.

Lingkod Kapamilya is a non-stock, non-profit organization put up by ABS-CBN to handle its social development programs.

Once again, Tan denied the accusations against Lingkod Kapamilya.

“Your honor, as we mentioned yesterday in the opening statement, that is false. We are quite transparent, we’re very transparent in the support that we provide to the ABS-CBN Foundation,” Tan said.

He explained the donations received by the foundation are not subject to donors’ tax because Lingkod Kapamilya is accredited by the Philippine Council for NGOs Certification (PCNC). Organizations that are PCNC-accredited get a certification from the BIR exempting donors from paying taxes.

Zarate agreed, arguing that ABS-CBN is not violating any tax laws. He then urged his colleagues to grant a franchise to the embattled network, as its permanent closure would be a severe blow to the economy.

(This means this would have a huge effect in our economy. It has been mentioned in the past days that by August, ABS-CBN would have to begin retrenching employees. This is not just about job losses but it also means losses in taxes because the workers who would be sacked would not be able to pay their income taxes.)

ABS-CBN president and chief executive officer Carlo Katigbak previously told senators they would have to begin retrenching workers in August if the network would not be allowed to operate by then.

ABS-CBN went off-air due to the National Telecommunications Commission’s (NTC) cease and desist order issued on May 5, a day after the network’s legislative franchise expired.

The House committees on legislative franchises as well as good government and public have since been hearing various issues hounding the grant of a new franchise to ABS-CBN.

The odds remain bleak for ABS-CBN, however. Following mounting pressure from lawmakers, the NTC issued on Tuesday, June 30, a shutdown order against the satellite dish service of ABS-CBN’s SkyCable Corporation.

Another cease and desist order was slapped against the broadcasting of Channel 43 in Metro Manila, Channel 43 is owned by Amcara Broadcasting Corporation, with whom ABS-CBN has a block time arrangement. – Rappler.com