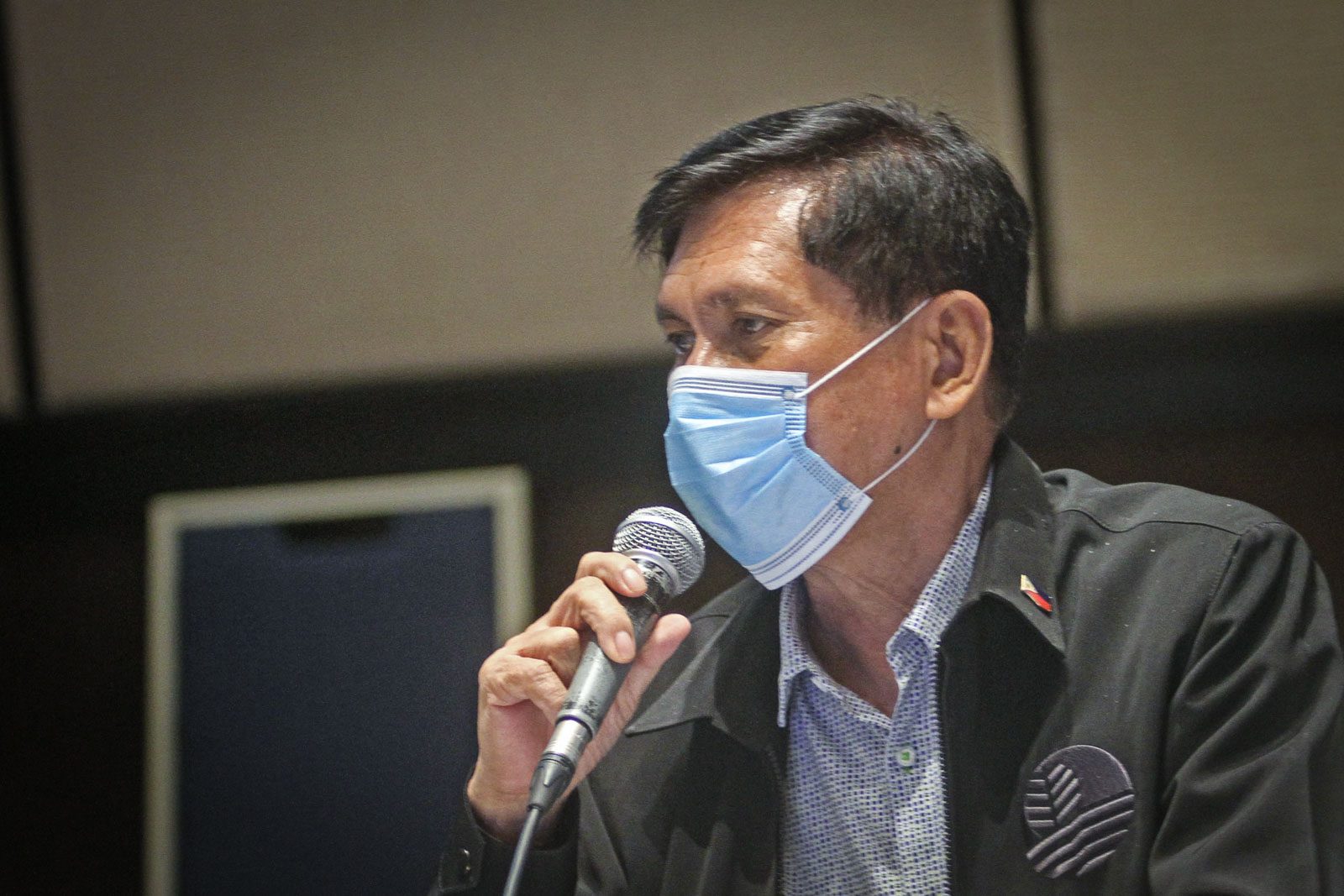 CEBU CITY, Philippines – Environment Secretary Roy Cimatu ordered the Cebu City Health Department and the Department of Health Central Visayas to reconcile their data on the number of coronavirus infections in the city, now considered the hot spot of the disease in the country.

Cimatu, a former chief of the Armed Forces of the Philippines, was tapped by the task force to spearhead Cebu City’s fight back against the rapidly spreading, highly infectious disease.

He asked for “uniform” data from the LGU and health agency. “When all the data is aligned, there is no conflict,” Cimatu said.

According to the Cebu City Health Department’s report on Monday, June 30, there were 353 cases reported with a total of 5,494 cases.

At the end of May, the CCHD also took down the barangay breakdown of the cases to avoid “stigmatizing” residents.

Withholding the data blindsided many residents of barangays when they were told that their areas were tagged as “hot spots” and placed under hard lockdown.

Why the different data? DOH-7 Director Dr Jaime Bernadas explained they had previously called the attention of the Cebu City Health Department which was not coordinating its data gathering with the regional office before publishing.

“We’re really trying to call attention to city health (office) to regularly to cleanse and unify the data,” Bernadas said. “I think they are harmonizing the data. Doing that regularly every day is still the missing piece,” he added.

Bernadas did not elaborate on the process of validation, however, and why the discrepancy was by almost 1,000.

“It’s a matter of talking every day as to what data is being released daily,” he added.

Which data is acceptable to IATF? Cimatu said he was basing his decisions on data submitted by the Cebu CIty Health Department. Still, he told the two agencies to reconcile their data as soon as possible to give the public a clear understanding of the situation.

When Cimatu declared hard lockdowns on 12 hot spots, residents were stunned because there were no information posted online or in the barangay halls on the number of cases in their respective areas.

Cebu City Mayor Edgar Labella said he was in favor informing the public. “Access should not be denied. These are matters of public concern,” Labella said.

Cimatu said he supported it, but said the validation process should be rigorous before publishing.

“We agree completely. But I think we have to be prudent of the information we put out,” Cimatu said.

“Every data must stand the rigor of validation. If not, you’re providing wrong information and this may lead to confusion and wrong behavior on the side of the citizens,” he added. “I think we owe it to give them quality data.”

The chief implementer of the COVID response Secretary Carlito Galvez said that he supported providing numbers of active cases only so as not to alarm residents.

“For public consumption, it might cause unnecessary alarm,” Galvez said. “We have to go through the process of validation. That’s what we’re doing,” he said. “So that people won’t be alarmed, we’ll highlight only the active cases.”

As of Wednesday evening, July 1, there were 107 new cases reported in Cebu City with 11 new deaths, according to the CCHD. This brings the total cases up to 5,598, of which 2,519 are active.

Nationwide the total case count was now at 38,511 infections after 999 new cases were reported, of which 595 are fresh cases and 404 are late cases. – Rappler.com