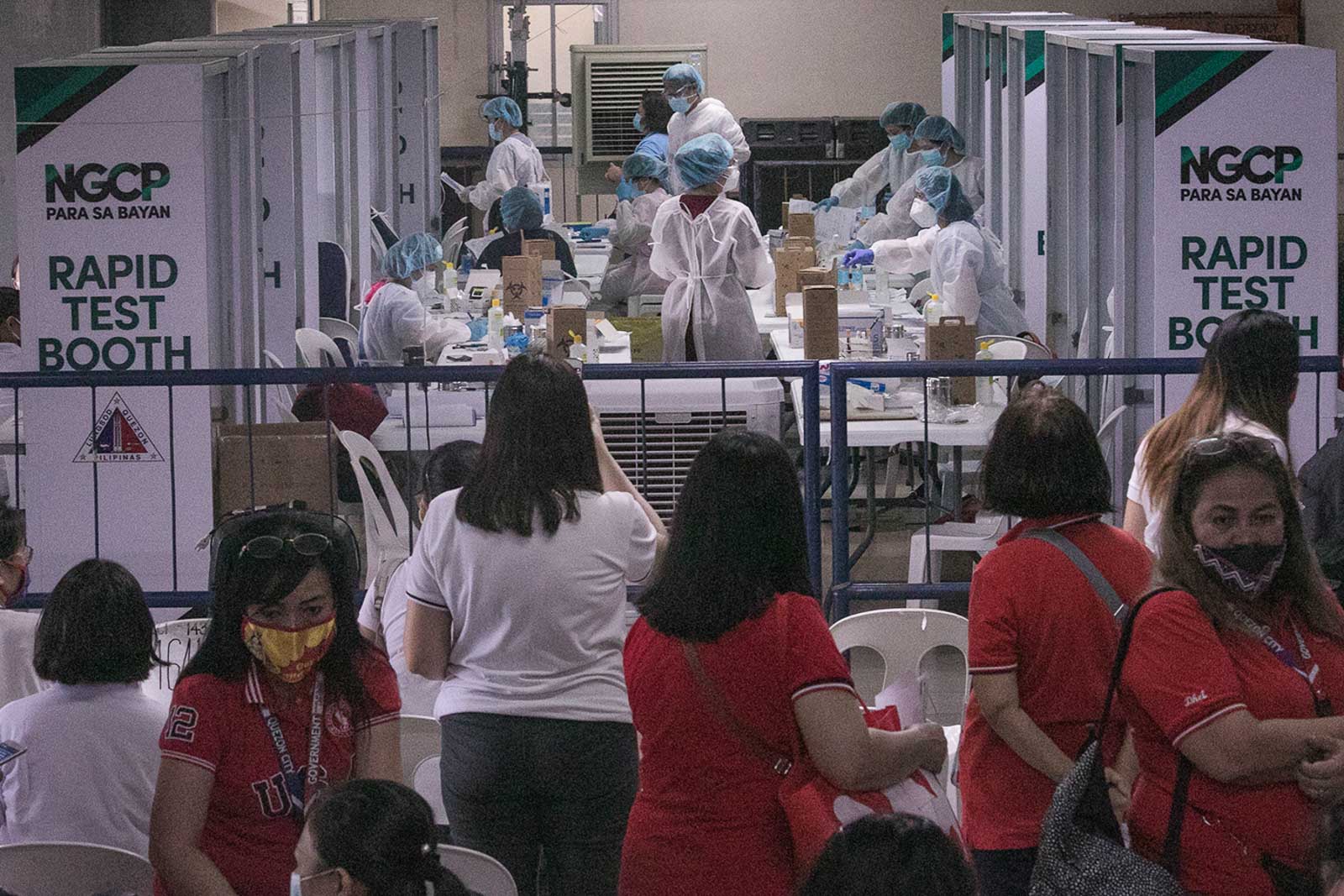 MANILA, Philippines – The number of Philippine coronavirus cases rose only slightly to 38,805 on Thursday, July 2, with the addition of 294 new cases.

Of these new cases, 52 are “fresh” while 242 are “late” cases. Fresh cases are test results released to patients within the last 3 days, while late cases include results from more than 4 days ago.

Sixty of the cases reported on Thursday, or 20% of the new cases came from Metro Manila. None of them came from Region VII or Central Visayas where Cebu City, the new virus hotspot, is found.

Meanwhile, 45 of the new cases (15%), were people who arrived recently from abroad. The rest of the cases came from different parts of the country.

The death toll also rose to 1,274 with 4 new deaths reported on Thursday. The DOH said 235 more people with COVID-19 have also recovered, bringing the total recoveries to 10,673.

Why so low? The singe-day rise in cases just below 300 is low compared to new cases reported the past few days.

In the 3 days before Thursday, the new case tally hovered in the 1,000 range, even surpassing it on Tuesday, June 30 when 1,080 new cases were reported.

The highest-ever single-day increase was on June 23 when there were 1,150 new cases.

Health Undersecretary Maria Rosario Vergeire said that the relatively low new numbers is due to a “temporary adjustment” in the process by which the Department of Health (DOH) gets data from its epidemiology bureau.

“The number of reported cases for today is low likely because we adjusted the time when we extract from the DOH epidemiology bureau the data from the COVID-Kaya system. From the 24 hours before, these numbers are only from 19 hours worth of data because we changed the process,” said Vergeire in a virtual press conference.

The new extraction process is supposed to give the epidemiology bureau “more time to do in-depth analysis of the data that we release,” said Vergeire.

Because of this, citizens can expect more “substantial” and “timely” information in the coming days, she added.