‘We can do better’: Bangsamoro gov’t asks Duterte to veto anti-terrorism bill

Jul 3, 2020 10:55 AM PHT
Pia Ranada
Facebook Twitter Copy URL
Copied
'While we agree that a policy framework needs to be enacted to fight the menace of terrorism, we feel that the fundamental guarantees of liberty and the institutions of democracy must be protected,' says Interim Chief Minister Murad Ebrahim 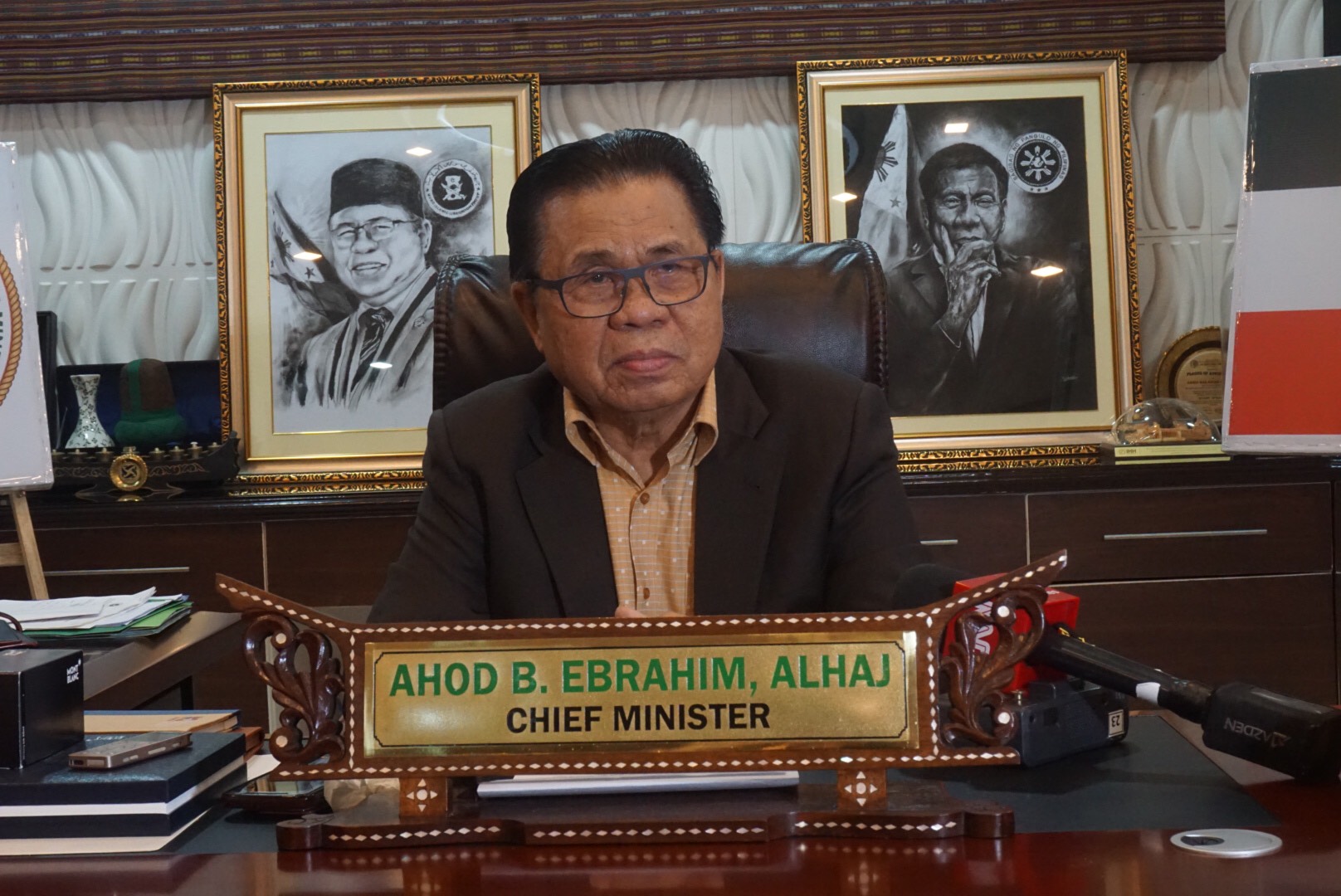 MANILA, Philippines – The Bangsamoro government, led by its Interim Chief Minister Murad Ebrahim, appealed to President Rodrigo Duterte to veto the anti-terrorism bill, fearing it would lead to discrimination and abuse of Mindanaoan Muslims.

The Bangsamoro Transition Authority (BTA) approved on Thursday, July 2, a resolution asking the Chief Executive for the veto.

Resoluton No. 239 is entitled “Resolution respectfully appealing to his excellency President Rodrigo Roa Duterto to veto Senate Bill No. 1083 and House Bill No. 6875 or the Anti-Terrorism Act of 2020 to provide Congress the opportunity to review and address the issue of vagueness, overbreadth, and other concerns.”

It was approved in a special session after Chief Minister Ebrahim himself called for the veto out of fear that the Bangsamoro people would be “among the hardest hit” by the anti-terrorism bill, if passed into law.  (READ: EXPLAINER: Comparing dangers in old law and anti-terror bill)

“Once again, incidents of violations of human rights will be on the rise and the Bangsamoro people, easily labeled as terrorists, would again be subject to discrimination and abuse,” he said in a statement read out by Education Minister Mohagher Iqbal on Thursday.

“As the leader of a political entity born out of the struggle against injustice and oppression, it is my moral duty to speak out to ensure the measures intended to address terrorism will not be used as a means to subvert the fundamental rights and freedom of individuals, in general, and normalize abuse and discrimination against the Bangsamoro, in particular,” Ebrahim said in his letter.

We need to fight terrorism, but. The Bangsamoro government’s opposition to the measure is made more compelling by the fact that it is their region most affected by terrorism, the very evil the bill intends to address.

“While we agree that a policy framework needs to be enacted to fight the menace of terrorism, we feel that the fundamental guarantees of liberty and the institutions of democracy must be protected. We can do better,” said Ebrahim.

“We know the nasty feeling when the government avoids dealing with us then, and so we can only sympathize with those who remain in the fringes and fighting for what they think is right. And don’t get me wrong, there is no reason for us not to hear them and even commiserate with them,” Balindong earlier said.

The BTA’s stance echoes that of other Mindanaoan lawmakers in Congress who voted against the bill.

Duterte is expected to act on the anti-terrorism bill any day now after the Office of the Executive Secretary finished its legal review of the measure.

The bill is being pushed by the security officials in his Cabinet, an influential bloc of retired military generals.  (READ: ‘Terror law’: The pet bill of the generals)

The bill will lapse into law on July 9. Before then, Duterte can either veto it or sign it into law. – Rappler.com