Jul 4, 2020 8:20 PM PHT
Rappler.com
Facebook Twitter Copy URL
Copied
(4th UPDATE) The teen was attacked on her way home from a police station where she had just filed a molestation complaint against cops from a neighboring town 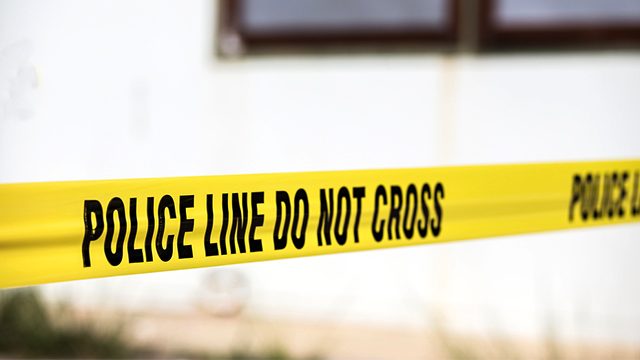 Cabugao police chief Captain Ramil Llarenas said in an interview on local radio DWRS on Saturday, July 4, that the girl was attacked on her way from the Cabugao police station where she had just filed a “molestation complaint” against two policemen from neighboring San Juan town.

The police chief said that the victim was on a motorcycle ride home with her uncle and a male cousin, when a motorcycle with two passengers wearing helmets and face masks chased and bumped their motorcycle. They targeted the girl and shot her 5 times before fleeing.

The girl was rushed to the hospital but she was declared dead on arrival. Her uncle and cousin were not hurt.

The girl had reportedly requested a security escort on her way home from the police station but it was not granted. The DWRS interviewer said that according to the relatives of the complainants, they didn’t feel safe after they noticed that they were being monitored while at the police station.

The relatives reportedly conveyed the request to the officer at the Women and Children Protection Desk at the Cabugao police station, but Llarenas said that when he asked the WCPD officer, he was told that the complainant did not make any request.

Asked whether it was police standard operating procedure to assess if complainants were under any threat and would need security, Llarenas reiterated that no request for security was made.

Llarenas said they were still investigating the incident as well as the motive for the attack, but the two cops who allegedly molested the girl and her cousin are now considered “persons of interest” in the murder case.

The teen’s killing has sparked outrage online as her family, friends, and netizens posted calls for justice. The post of Facebook page, I Do Not Consent, has been shared 20,000 times as of this posting.

On Saturday night, the National Police Commission (Napolcom) Regional Office No. 1 (Ilocos Region)  condemned the killing of the teen and assured her family that it would conduct a separate investigation.

“A separate and independent investigation is undertaken by the regional office through its Provincial Officer for Ilocos Sur. Rest assured that we maintain a policy of impartiality and due process,” NapolcomRO1 said in a Facebook post.

On Sunday, July 5, Ilocos Sur Governor Ryan Singson said he wanted the National Bureau of Investigation to conduct a separate probe into the girl’s killing after he received reports that “padrinos” (godfathers) are allegedly harboring the gunmen.

Singson also warned the Ilocos Sur Police Provincial Office during his radio program Raniag ti Ilocos Sur over at Bombo Radyo Vigan not to whitewash their investigation since the victim had identified San Juan police officers as the suspects in the molestation complaint she filed before she was gunned down.

Singson said that he already received a report from ISPPO PCol Ronald Tagao that the two police officers were already relieved from duty. However, Singson added he wanted a close monitoring on their whereabouts.

Singson also said that he received reports that ISPPO had been denying the provincial media any reports about the issue. – with reports from Frank Cimatu/Rappler.com