Jul 4, 2020 7:32 PM PHT
Lian Buan
Facebook Twitter Copy URL
Copied
Two months have passed, and even the petitioner has not yet received the full decision that would explain why the justices dismissed his petition 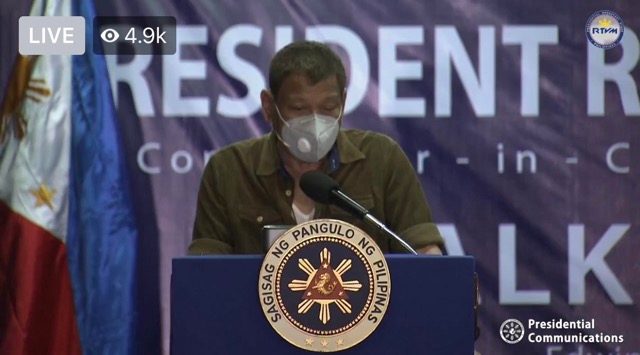 MANILA, Philippines – How did the Supreme Court interpret the constitutional provision that mandated the disclosure of a president’s state of health, or did justices evade answering that question by focusing on technicalities?

These were the nagging questions as two months have passed but the Supreme Court still has not released its decision which dismissed a petition seeking to compel President Rodrigo Duterte to disclose his state of health.

Even the petitioner, lawyer Dino De Leon, has not been given a copy.

That is why De Leon filed on Friday, July 3, a motion before the Supreme Court asking to obtain a copy of the decision to his own petition.

“The release of the resolution/decision is also an opportunity to guide the Bar and Bench on the issue of the People’s right to information,” said De Leon.

De Leon’s petition tried to test Section 12, Article VII of the Constitution which says that: “In case of serious illness of the President, the public shall be informed of the state of his health.”

It would have been the first time that this constitutional provision would be tested since 1987.

The Supreme Court Public Information Office (PIO) only confirmed to media on May 8 that the petition was indeed dismissed.

Rappler’s sources said the voting was 13-2 with Associate Justices Marvic Leonen and Benjamin Caguioa dissenting. Sources said it was dismissed without requiring comment from the respondent, which is Duterte, or Malacañang.

This is an outright dismissal that Malacañang wanted.

A discussion in the legal circle was whether mandamus – or a pleading that seeks to compel a government unit to perform a function – was the right petition, or if it could have been through a petition for certiorari which would invoke grave abuse of discretion by Duterte or Malacañang not to release health records.

“If the Court wanted to resolve this case, they’ll find a reason to hear it regardless of the avenue. In this particular case, there is sufficient legal basis for either petition to proceed,” constitutional law professor Dan Gatmaytan said  in an earlier interview over Rappler’s podcast Law of Duterte Land.

Gatmaytan added: “I’m very liberal in my approach, so I think that if the Court wanted to resolve the issue, they can find every reason to hear it. There are always exceptions to procedural issues. Even though strictly they didn’t follow the hierarchy of courts, there’s enough reason for the Court to set the rules aside and cite their own exemptions.”

A dismissal on procedural issues would mean that the Supreme Court still has not interpreted the constitutional provision.

One question is what the provision means by “serious illness.”

In his motion, De Leon reiterated Duterte’s own claims that  he has  several ailments like Buerger’s disease, the rare muscle disease myasthenia gravis, as well as his admission that his endoscopy showed a growth.

The petition also asked whether Duterte is healthy or fit enough to be president.

“Despite the worrying numbers of transmission of the Covid-19 virus and the economic suffering of a lot of Filipinos due to the pandemic, the President continues to make barely coherent monologues that can hardly be said to be products of a lucid mind,” De Leon said in his motion.

When Chief Justice Diosdado Peralta held a press conference on June 11, Rappler asked if he could give details into the decision but the chief justice said to “just wait.”

Rappler followed up with the PIO again on June 30, but Spokesperson Brian Keith Hosaka just said “we will check, we immediately upload decisions as we receive them.”

“Lawyers, practitioners, law students, and most importantly, the citizenry will be waiting on this Honorable Court to confirm what exactly the (Constitution) meant by such a duty,” De Leon said.  – Rappler.com