Jul 5, 2020 6:07 PM PHT
Rappler.com
Facebook Twitter Copy URL
Copied
The Vice President says 'the fight is not yet over' in pointing out contentious provisions in the newly-signed law 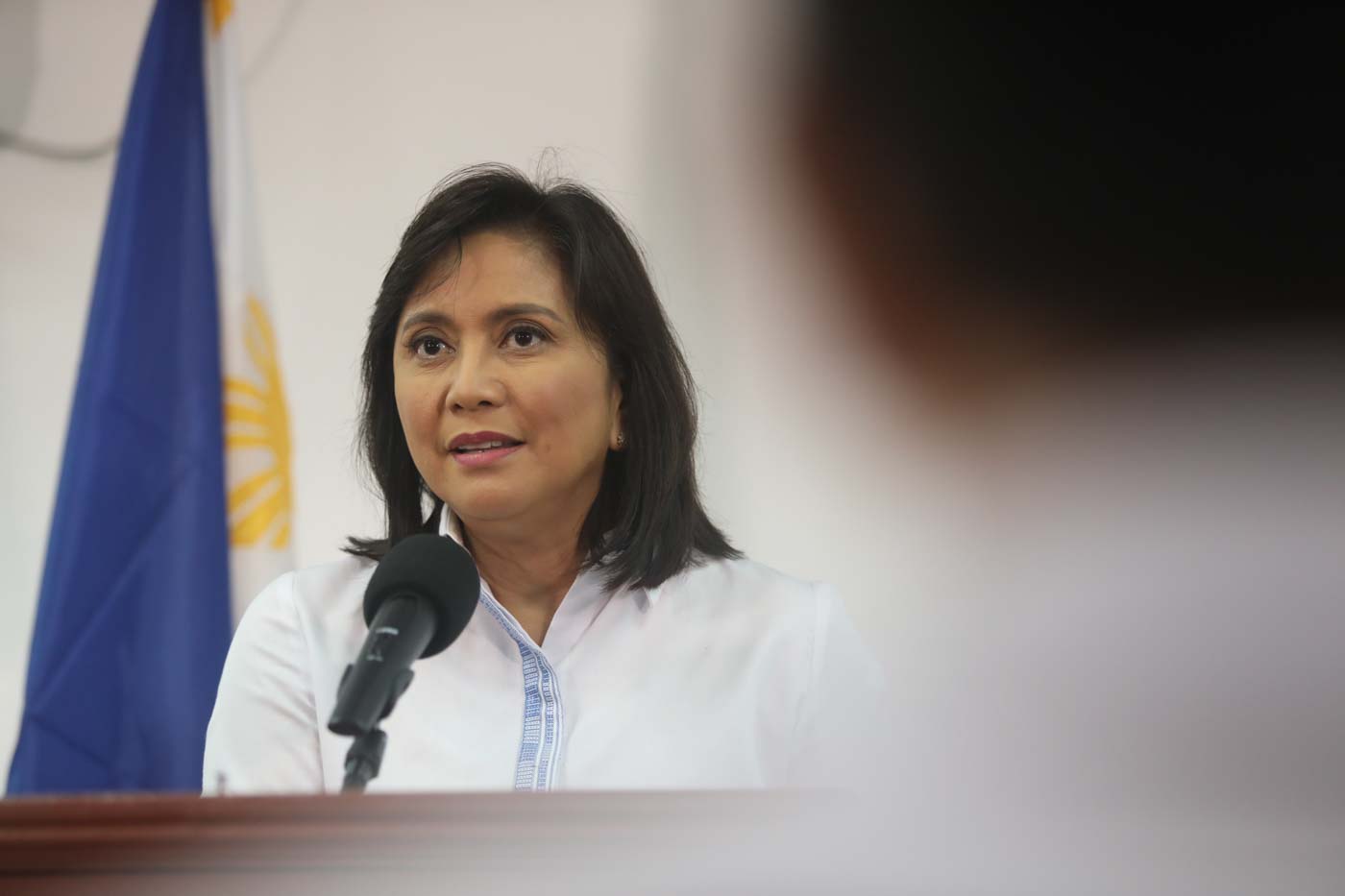 MANILA, Philippines – Days after President Rodrigo Duterte signed the Anti-Terrorism Law, Vice President Leni Robredo on Sunday, July 5, pushed for safeguards so that the controversial measure would not be abused.

In her weekly radio show with co-host Ely Saludar, Robredo noted that she does not oppose the law itself, but wants assurance that there would be safeguards in implementing it.

(We’re not asking to have no Anti-Terrorism Law. What we’re asking is, if there would be one, ensure the safeguards against abuse.)

(The Anti-Terror Law has none of that. There are safeguards, but they aren’t enough. The presumption should always be, there is a tendency that it would be abused.)

While she acknowledged that there are many competent and professional officials in government and the law’s intention may be clean, she warned that there may also be “rogue implementors” around. (READ: Robredo: Why rush anti-terrorism bill during pandemic?)

Critics of the Duterte administration have said the Anti-Terror law could be used to silence them. Robredo agreed, taking note that the administration has filed cases against its critics, including herself, using various laws.

Last year, government filed a complaint against Robredo and other opposition leaders, claiming they conspired to commit sedition based on the allegation of one Peter Joemel Advincula alias “Bikoy” that the Vice President et al had planned to oust Duterte.

(But they filed it. The SolGen took part in it, right? To me, Ka Ely– I am already the Vice President, what more those who cannot fight, those without money to pay for lawyers to defend them? Or those who do not understand what are their rights under the law?)

(There could be a version, Ely, where we can add teeth to the previous law. Many think that existing laws are already enough. But if you think otherwise, if you want to add more teeth, just make sure that people’s rights are protected.)

Asked about what steps could those who oppose the law take, Robredo listed two ways, one of which has already been done.

On Saturday, July 4, a group of petitioners asked the Supreme Court to issue an immediate temporary restraining order to prevent the law from taking effect 15 days after its publication.

Another way, she suggested, is for the public to continue reaching out to their representatives in Congress and ask them to amend contentious provisions in the Anti-Terror Law.

(I hope we continue expressing our views, continue having our voices heard, because the fight is not yet over.)  – Rappler.com