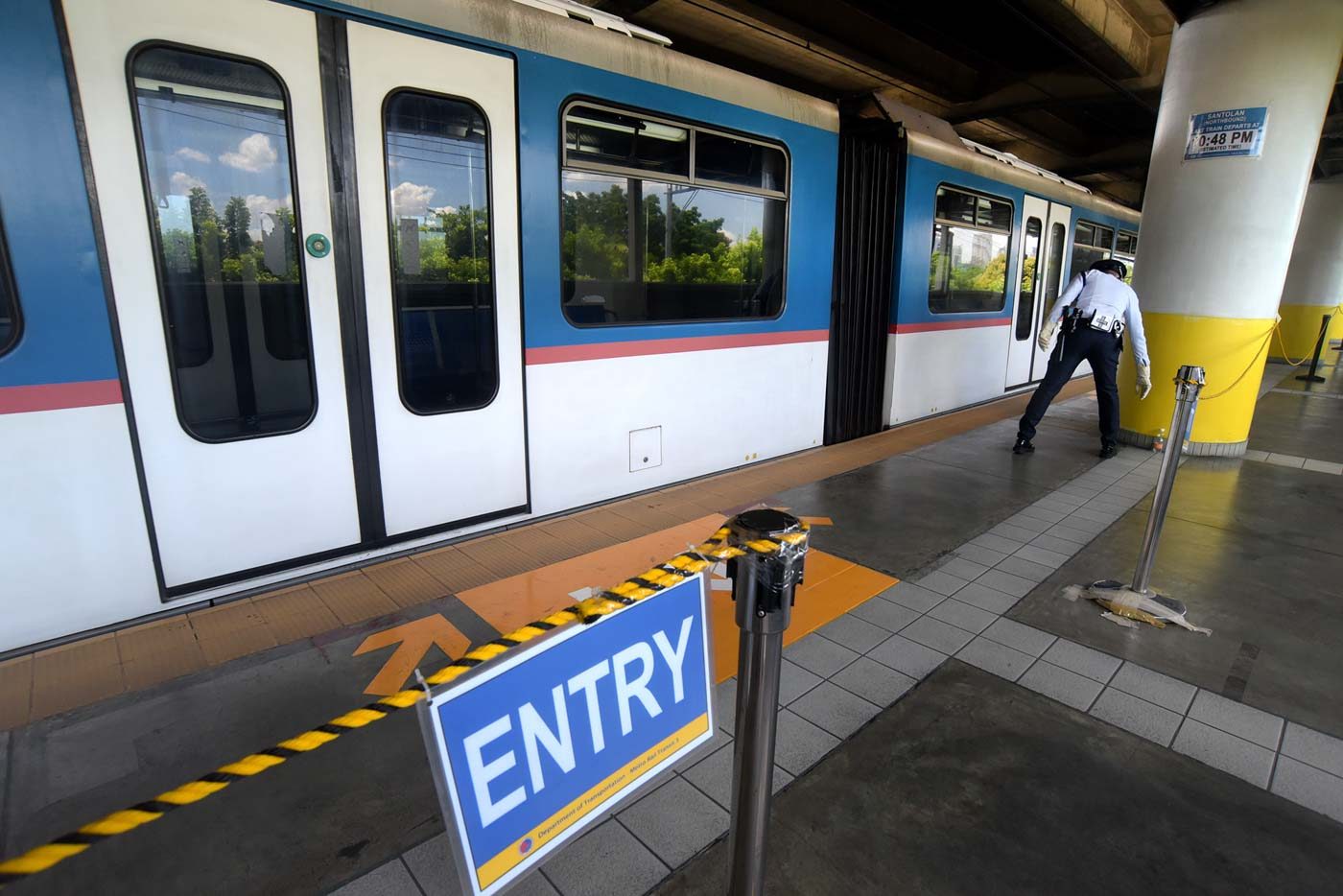 MANILA, Philippines – The Metro Rail Transit Line 3 (MRT3) announced on Sunday, July 5, that 172 of its workers have tested positive for the coronavirus.

Of the number, 166 are personnel in its train depot, while the remaining 6 are station personnel: 4 ticket sellers, one nurse, and one train driver, said the MRT3, which is under the Department of Transportation.

The MRT3 management said these workers have already been admitted into government quarantine facilities at the World Trade Center in Pasay City, PhilSports Arena in Pasig City, and Philippine Arena in Bulacan.

It also said it has ramped up health and safety protocols to protect both passengers and railway line workers against COVID-19.

The MRT3 said all its personnel, including those from its maintenance service provider and other subcontractors, are now undergoing RT-PCR testing.

Those who have gone through testing “have also been placed under quarantine pending the release of the test results,” the agency added.

Then, upon the release of test results, contact tracing will be done within 1 to 3 days. “The identified primary contacts for those who tested positive for COVID-19 will be placed in quarantine and will be given priority in RT-PCR testing,” said the MRT3.

The agency listed more measures to prevent the spread of the virus.

“At the MRT3 Depot, roving safety officers have also been dispatched to ensure strict observance by depot personnel of all health and safety measures. Nurses are also available at all times at the depot and at the MRT3 stations,” added the management.

All personnel will now submit health declaration forms twice a day, in addition to being subjected to regular temperature checks.

Disinfection in the depot and the stations will be done twice a day by a certified professional provider, in addition to the regular disinfection by MRT3 sanitation personnel.

MRT3 trains will also be disinfected for 5 minutes at every half loop, or at the North Avenue and Taft stations.

Other health protocols include the placement of disinfection stations in the depot and in all stations, and the restriction of movement and interaction of personnel.

To enforce physical distancing rules, transport marshals have also been deployed to guide passengers in following the markers and stickers on the stations and inside trains. – Rappler.com