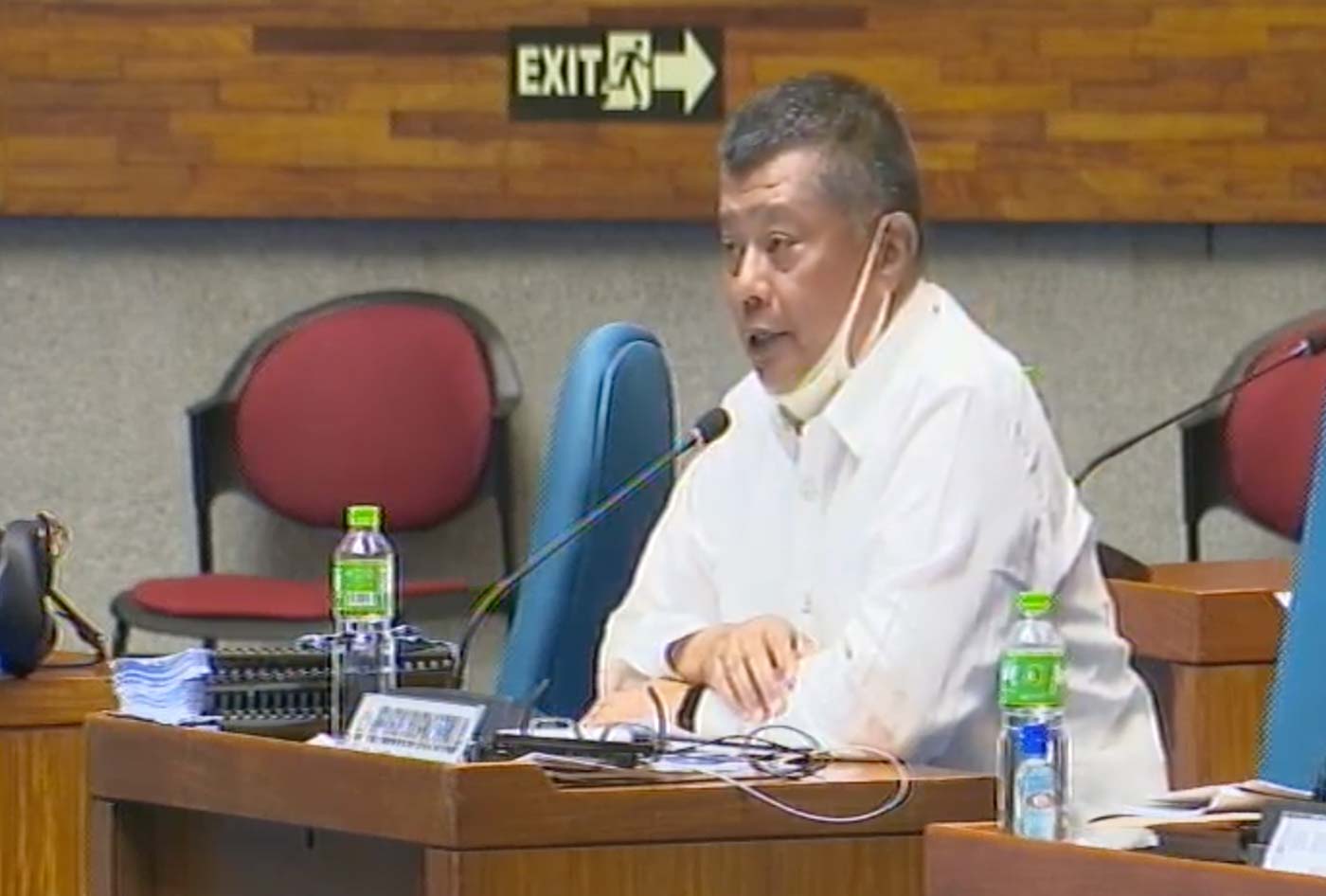 MANILA, Philippines – Two House committees are set to ask the National Bureau of Investigation (NBI) to look into ABS-CBN’s alleged “deception” of lawmakers in the hearings on its franchise application.

Senior Deputy Majority Leader Jesus Crispin “Boying” Remulla made the motion on Monday, July 6, for the House committee on legislative franchises and committee on good government and public accountability to formally seek an NBI probe into the embattled media network.

The Cavite 7th District congressman once again accused ABS-CBN of lying about Amcara Broadcasting Network, which he earlier claimed was the network’s dummy.

(I am requesting the committee to write to the NBI to look into the excuses ABS-CBN made, like the one about Amcara Broadcasting, to investigate if it deceived the committee and the Philippines.)

(If we let this slide, then all other resource persons may end up doing what many people on cyberspace are doing. That’s why I hope we can be united in writing to the NBI so they could help us document the truth behind issues like this.)

It was revealed during the July 2 hearing that the transmitters Amcara was using for its digital services were provided by ABS-CBN.

Amcara’s executives also said most of the airtime on its Channel 43 was devoted to ABS-CBN’s digital channels. The National Telecommunications Commission (NTC) earlier issued separate orders for ABS-CBN to close its free television and radio operations, as well as its broadcasting of shows through Amcara’s Channel 43.

House committee on good government and public accountability chair Jose Sy-Alvarado then ordered the secretariat to write the letter to the NBI that Remulla had requested.

Remulla also sought to cite ABS-CBN in contempt for supposedly lying under oath before the House committees. But Sy-Alvarado said the panels should first complete its hearings on ABS-CBN’s franchise application before subjecting the network’s executives and lawyers to contempt proceedings.

Even before asking his colleagues to write to the NBI, Remulla himself already went to the bureau to complain about the “cyberbullying” that he said he and other lawmakers have been experiencing in the course of the ABS-CBN franchise hearings.

The ranking congressman said troll farms have supposedly been deployed to go after House members.

“I’d like to tell the committee that today, after my experience for the past 10 days or the past 6 days of being the subject of many organized attacks on social media, I have gone to the NBI to complain about the cyberbullying done to my person and the other members of the House,” Remulla said.

He said the House scrutinizes applications for legislative franchises as part of its constitutional duty, yet “some people have employed troll farms to get to our organization.”

Social media users also fumed when Remulla was caught taking down notes during the flag ceremony before the ABS-CBN hearing on June 29. Under the law, when the Philippine national anthem is played at a public gathering, all persons should stand at attention and face the Philippine flag while singing.

Remulla has since apologized, but not before accusing “ABS-CBN people” of spreading the video online.

Troll farms have become notorious under President Rodrigo Duterte’s government, which has long been accused of weaponizing the internet to spread false information and black propaganda against his critics. (READ: State-sponsored hate: Rise of the pro-Duterte bloggers)

In 2017, the President himself admitted paying people to defend him online, but he insisted this happened only during the 2016 campaign season and not after he was elected. – Rappler.com